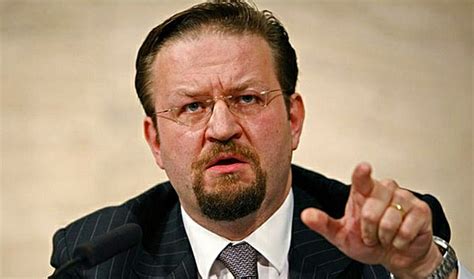 Who should be pointing fingers and at whom; We the People Should, and the guilty are right in our faces daily!

This mess has been brewing while they all kept kicking the can down the road for decades, and why you may ask?  Because of all the wheeling and dealing going on south of the border with our own elected corrupted officials making boat loads of money playing the shell game and funneling tax money to foreign governments in aid and getting kickbacks in corporate deals or even laundering money!  Why do you think Trump has all the house and most of the Senate doing back-flips and many gunning for him because he called it straight and said you’re all a of bunch of bandits that put the infamous Mexican Bandit Pancho Villa to shame, making him look like a girl scout!

Do you think Lindsey Graham or Adam Schiff and many of the others that have been on foreign relations committees and intelligence material dealings wouldn’t have a clue about all of the hanky-panky going on over the years?  Of course they knew and many were in on it or turned a blind eye because it was just so big and out of control; they all went along to survive, caught up in the inertia of a colossal corruption and failing of our system and now the shit is hitting the fan and then some!  Look how lovey-dovey the Bush’s were with the Obama’s but they piss-on the Trumps, because up to then it was all status-quo, business as usual and keep duping the public; We the Suckers, not We the People!  I know about my own state’s nefarious dealings which have cooperation in DC making it one big Deep State MESS.  Scams up the wing-wang!

This hasn’t been our government “Of the People” for at least 50 years and even more than that depending how you figure it.  It’s just that now it was becoming a freaking nuthouse!  Giving license to screwy policies and fringe groups or even as now illegal invaders getting as much or more rights than you and I the American Patriot Citizens!  This bullshit has to end soon or there must be a REVOLUTION; and I mean the REAL DEAL 1776 REDUX!  But now it’s not the British are coming; they and all the corrupt among us, even of the World; NWO are already here and have the power over us!  They manipulate the shit out of us all.

On top of this some of the same people were in on the media being bought and paid for with no true FCC or Congressional oversight or regulating that would protect “We the People”, it’s been all about those in the inner circle with the agenda and who have the power to dictate to the others how this plane will fly, or it’s all going to come crashing down as they seem hell-bent on making happen!

Things are so bad that people like the greasy, commie, half dead creep Bernie is actually a presidential candidate with the likes of a freak puppet AOC ranting on the news how Bernie is the man and America needs him!  WHAT?  Does anyone in their right mind not see all of this pure lunacy and BS flying in our faces with this narrative orchestrated by the fake mass media and can even think for a millisecond that Bernie could run this country for 5 minutes or that any of the other candidates aren’t equally as flawed and totally not of the caliber necessary to run the greatest country on earth which wields so much power militarily and politically in a time when CRISIS is CONSTANT?  If you don’t see what I’m saying you must be a part of the problem too!

14 thoughts on “Who Should be Pointing Fingers and at Whom?”