God’s Great Love Grace and Justice has been poured out upon His chosen people the Jews, in their own homeland; which has been and is being targeted continually by the evil Iranian backed proxy Palestinian rebels and terrorists to do great harm to Israel and its people!

But, this event that just occurred should be an obvious wake-up call and revelation to all people of the Middle East and around the Globe that God Almighty loves His chosen people and He will always back them up as he promised in Holy Scriptures! These butchers and evildoers of Iran and its many proxies are God’s enemies, even some American hidden brokers of which Obama and Kerry are absolutely; and God will deal with them all when the time comes to do so!

Repent you devils and beg for God’s mercy now; because time is running out and you will be held accountable and judged accordingly you butchers of the Middle East!

God bless the Jewish State and its people along with all you faithful around the world; and forgive us. I ask in Jesus’ name. Amen. 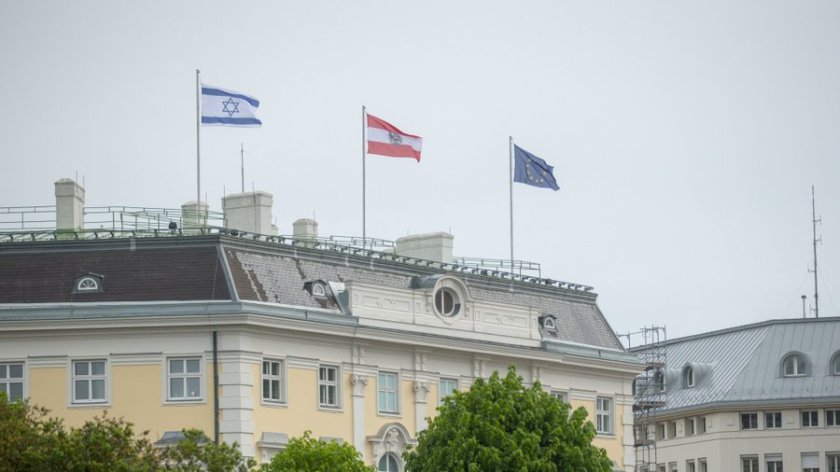 “For you are a holy people to the Lord your God; the Lord your God has chosen you to be a people for His own possession out of all the peoples who are on the face of the earth. “The Lord did not set His love on you nor choose you because you were more in number than any of the peoples, for you were the fewest of all peoples, but because the Lord loved you and kept the oath which He swore to your forefathers, the Lord brought you out by a mighty hand and redeemed you from the house of slavery, from the hand of Pharaoh king of Egypt.”

“For you are a holy people to the Lord your God, and the Lord has chosen you to be a people for His own possession out of all the peoples who are on the face of the earth.”

The Lord God makes it clear as day to see whom He favors over these originally oppressed people the Jews over the brutal attackers of the Middle East since the time of the great Prophets! They are now the biggest losers and fools of the world insisting on getting their way over God! You Muslims and Iranian Mullahs will fail and be cast into fire and brimstone for eternity to transgress God Almighty this way! God is giving last warnings to all of you despots and the world to heed His commands! It is He who will Judge all the living and dead by the Holy Body and Blood of Jesus Christ! Amen. LM III

“God’s Word affirms that the Jews are God’s chosen people: “You are a people holy to the Lord your God. The Lord your God has chosen you out of all the peoples on the face of the earth to be his people, his treasured possession” (Deuteronomy 7:6). From eternity past God knew that He would need to be born into the human race in order to save us from the spiritually dead condition that we were in (Ephesians 1—2; Genesis 3). God had planned from the beginning to be born into a very small nation or race of people called the Jews. The Old Testament tells the story of how God set about creating, distinguishing, and preserving that race.

The ultimate goal of God’s choice of the Jews as His chosen people was to produce the Messiah, Jesus Christ, who would be the Savior of the world. Jesus had to come from some nation or people, and God chose Israel. God first promised the Savior/Messiah after Adam and Eve sinned (Genesis 3). Later, God specified that the Messiah would come from the line of Abraham, Isaac, and Jacob (Genesis 12). Later still, He narrowed the Messiah’s ancestry to the line of David (2 Samuel 7). Throughout their history, the people of Israel were aware of their “chosen” status before God (see 1 Kings 3:8; 8:53; Psalm 105:43; Isaiah 43:4; 65:9; and Amos 3:2). The fact that God has an eternal future for Israel is evident in that five sixths of the Bible bears directly or indirectly upon them—Jesus being the central figure who brought the Jews and Gentiles together (Ephesians 2:14).”

The fact that the Jews are God’s chosen people means that they have been held to a high standard. From those who are given much, much is required (Luke 12:48), or as God said through one prophet, “You only have I chosen of all the families of the earth; therefore I will punish you for all your sins” (Amos 3:2).

Israel’s responsibilities have included keeping and preserving the Law (Joshua 22:5); being “a kingdom of priests and a holy nation” (Exodus 19:6); and bringing “renown and praise and honor” to the Lord (Jeremiah 13:11). Their high calling is straight from the God who chose them out of all the nations of the earth.” gotquestions.org

Sometimes I sit back and marvel! God’s wisdom always proves true, and over and over throughout history Israel has used “unconventional means” (wisdom from God) to win battles.

Very early this morning, I reported the 40-minute Israeli airstrike that decimated Hamas strongholds in Gaza. Now we are learning much more about that operation! A day or two ago, Israel amassed large numbers of tanks and ground assault vehicles on the border of Gaza and announced to the world they were about to invade. Media took the bait, enhanced the narrative a bit (to include that troops were already inside Gaza), and spread the news far and wide.

However, they did not invade! Tanks and assault vehicles on the border caused Hamas to send hundreds of terrorists into tunnels from which they would attack the Israelis as they entered. They also brought out their anti-tank…