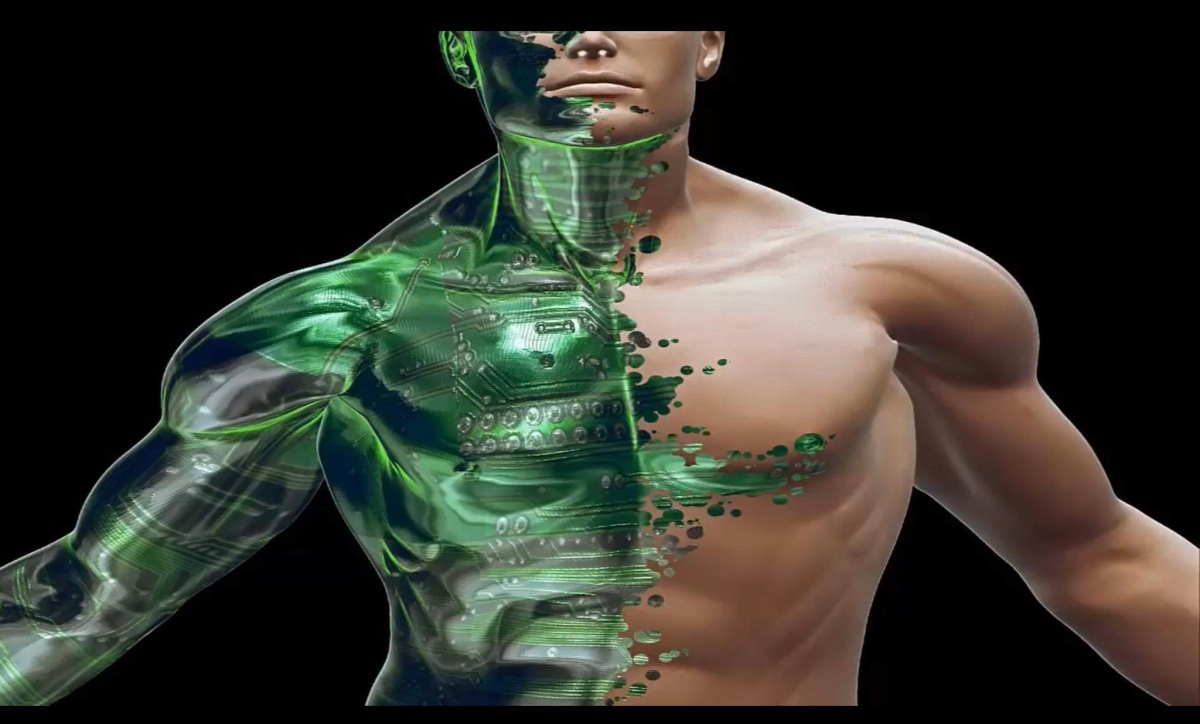 I’ve been moving into a dormant blogging period for some good reasons and intend on responding as best I can to the Holy Spirit for Him to tell me when I should write, not be manipulated by convention or the social media circus where so many people play each other or even feed on each other! This very intensive exposé and fine article does “hit the proverbial nail on the head” for me, in that it points out clearly what I’ve been saying or at least thinking for a few years about what technology is doing to humanity! And most of it is horrible, but, so many are hypnotized by this digital revolution and it’s clearly not a Godly plan at all; but quite the opposite! The following quote puts it into a nutshell as to what I’ve been saying for some time and just stated here now!

“Rather than rejoicing because the world’s richest transhumanist bought a stake in Twitter, instead a good observers should ask why we’re all plugging into the corporate borg, and becoming Cyborgs.”

I know how powerful the unseen demonic force can be and how those that are truly materialistic and have so much material power or wealth are prone to being warped or perverted to the Evil One and his dark designs; in other words such persons becoming by default; absolutely antichrist! I’ve rejected all this digital craziness most social media and smartphones seeing all along how it ultimately is a trap being established to bring a powerful delusion to mankind; creating a giant mesmerized herd of stupidity and annihilation! It’s here now, with today’s Paul Revere calling out “the enemy is coming;” the coming of the “Fourth Industrial Revolution” which is a monstrous lie and trap to control, kill you and then take your soul! Two epitome examples, Soros and Gates are owned by Satan already; and if you don’t see that you are truly lost! Soros is utterly demonic, from WWII a Nazi assistant to slaughtering Jews and stealing their belongings! Gates just helped murder countless humans by fraud plandemic! Earth is infested which such evil souls!

Matthew 6:23-25 “But if your eyes are bad, your whole body will be full of darkness. If then the light within you is darkness, how great is that darkness! 24No one can serve two masters: Either he will hate the one and love the other, or he will be devoted to the one and despise the other. You cannot serve both God and money. 25Therefore I tell you, do not worry about your life, what you will eat or drink; or about your body, what you will wear. Is not life more than food, and the body more than clothes?”

And I agree with what you say here because I’ve arrived at the conclusion after much deep soul searching and thought coupled with prayer how this whole digital empire which most of the human race is accepting and becoming immersed in actually is a giant deception and curse! This Scripture sums up where I think we are and what is happening to the human race!

2 Thessalonians 2:10-12 “and with every wicked deception directed against those who are perishing, because they refused the love of the truth that would have saved them. 11 For this reason God will send them a powerful delusion so that they believe the lie, 12in order that judgment may come upon all who have disbelieved the truth and delighted in wickedness.”

The world is heading to this colossal catastrophe at breakneck speed now via the greatest deception this world has ever seen and we know how easily the “Covid trap of lies” fooled so many around the planet causing them to attack each other and do great unprecedented harm!

But back to what I said about those that are truly materialistic and have so much material power or wealth and are therefore prone to being warped or perverted to the Evil One’s lies and by default become antichrist! Elon Musk is one such person who is as I see him now very nefarious and corrupted even though he can talk a good tune as the saying goes or be very convincing even when he is lying; which I think he did about accepting Jesus! And with his wealth, influence and power he is a very dangerous individual to me, just as Biden is or the members of the CCP and so many other devious spiritually bankrupt highly corrupted humans all around the planet! And what you mention about Musk I add is like Biden having no problem aligning with the atheist communist totalitarian tyrants of the world, which can only turn out horrible for humanity; as in bring on Armageddon.

The following is what I had to say regarding this overall matter previously and I include a video where Musk stated that he accepted Jesus as the Savior and I see that was a lie now! In the video when being asked the question he states that “if Jesus is saving people I won’t stand in His way;” that to me was a hedging his bets kind of answer to basically be a two-faced forked tongue politician, perhaps even worse with those guys, playing them! Because he hesitated in his answer with his arms folded and a holding back to his own chest when he should have jumped with joy feeling God’s Holy Spirit and gotten on his knees or at least said, thank you Jesus I accept you as my Lord and Savior, while giving his own heart to Jesus truly accepting the gift of Jesus’ heart and love, for him; but he was a phony about the whole matter, it came across as trite and disingenuous; I do not see where he allowed the Holy Spirit to move in him!

In this previous writing I think you will see more of my reasoning and gained insight in this overall situation that we all face out on the horizon.

“God, which nobody is infinitesimally capable of understanding, let alone competing with such enormous and vast power and understanding; that which knows anything and everything! Take a look at what we really are to equate what I say; otherwise we are heading down the “rabbit hole of atheism” and non-belief in any highest intellect and presence in the universe and that in itself is ridiculous on its face, because it concludes that all is just random and there is no order or design intelligence to anything while reaching such a conclusion based on Nothing! Making it all gibberish and a total fool’s errand; so in such a mindset anything goes and morals or integrity should be non-existent as well, then there is no right or wrong and if you hail from that arena I can tell you categorically you are totally a wet blanket and dead wrong! In such a world murder and any malicious act is fine and all that matters is who gets the advantage over someone else say like the way the CCP in China function where they as of 2014 had exterminated 1.2 million Tibetans!

And so my point is morality counts above most things on earth and there is a reason it does, and was meant to be such! It is not meant to be the opposite of rule by the toughest and wickedest or only the most vicious bloodthirsty can prevail with brute force and cunning! I have even experienced supernatural events that proved to me 100% that there is absolutely way more than meets our puny minute vision and comprehension! Oh and yes, there is diabolical evil it exists, and its a force that one way or another we will all grapple with to some degree in our own short lifetimes, or in the least when each of us dies and our immortal souls are then presented with the absolute truth; then, each soul will see the basic truth and finds whether it has been in alignment with the inner light and truth of God or instead the opposing force of darkness and evil.

Which I have to tell you or anyone interested you don’t want to be on that side of the ultimate judgment equation, because the agony of what awaits such souls is far too difficult to fully comprehend in this present state of being; but, it is real and eternally final for such souls! I would only tell you no matter where you stand in all of this you owe it to yourself not to cut yourself off from the life giving source, that which is all encompassing and made all things.” Glory to God in the highest!

In conclusion what I see clearly happening is let’s say for example what a former preacher did with a group of people and the following line come from something I wrote back in May 2020 which pointed this out; “Jim Jones is a good case in point that I mentioned as to why rebellion has only led to more sin and destruction!” What your article has reinforced for me and demonstrated is how this madness and evil has many times caused mayhem and disaster in multiple situations but what is coming is going to be exponentially multitudes and multiple times far more destructive in tricking massive numbers of humans to consciously transgress and reject God; which ultimately is turning their souls over to Satan! The coming delusion and temptation is going to be far too powerful for the none believer and those not worshiping God through Jesus Christ which allows the Holy Spirit to dwell in one’s heart and guide him or her in paths of righteousness and deflect all evil!

This following Sci-Fi like exposé is just a hint about the evil at work in our actual world right now!

The year onwards is so challenging not only because technology evolved so much but of things unimaginable to comprehend. If you were able to see the huge human manipulations it would bring you horror or a great warning . Haven’t you wonder were all these technology invasions heeding to? Haven’t you see Hollywood movies unfolding all that would take place as planned? Showcasing to program minds to accept what was planned long time ago! This is the new normal, the new world order!