Originally posted on Catholicism Pure & Simple:
By Maureen Mullarkey at Studio Matters: The current drumbeat for universal vaccination with an experimental biological agent is unprecedented. It ought to be met with a certain reserve. Instead, it has been greeted with child-like trust and promoted by Pope Francis. In the time of COVID, the military-industrial…

Do these demonic globalists think they are fooling enough of us or perhaps all of the sheeple?

“Under the guise of Democrats’ $1.9 trillion COVID-19 relief package, FRC reports that Biden made $467.8 billion available for abortion and abortion businesses – including the world’s largest abortion provider, Planned Parenthood.

Coming to an amount more than 19 times higher than the level set under Obama – who evangelist Dr. James Dobson dubbed as the “abortion president” in 2014 – this taxpayer-funded abortion move by Biden could crown the 78-year-old Democrat the new abortion president.”
onenewsnow.com/pro-life/2021/05/02/frc-biden-funding-abortion-19-times-higher-than-obama-levels

Just the simple fact that we in America the most powerful nation on the planet for the past century, the “Republic under God” has a Scam Artist Criminal Puppet POTUS Fraudulently installed by a “Scam Election” paints a very bleak picture of what is to come in this out of control “Global Insanity Circus!” A world where all societal civil and moral order has been flipped onto its figurative and literal head to breakdown societies and order; allowing Criminals and Chaos to flourish! Making this an age when lies, deception and even murder are perpetrated by the government upon the citizenry; while the good and truth are ridiculed, denigrated, attacked and in many instances destroyed.

We now see a Fraud Freemason False Prophet Bergoglio in the Vatican as a pretend Pope who is working hand in hand with these political tyrants and actual demonic evil doers!

Saint John Paul II had stated that we are now living in a “Culture of Death” during his papacy and this world has gotten exponentially worse since the time he said that!

Remembering St. John Paul II and His Prophetic Warning to the U.S.

“Heightened awareness of the link between cultural problems and moral irresponsibility has spawned a nearly universal condemnation of the war on values being waged in American society.” 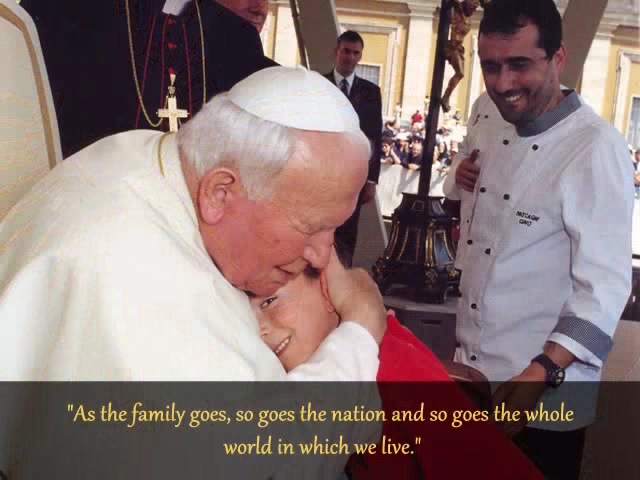 “Democracy stands or falls with the truths and values which it embodies and promotes. These words formed the core of John Paul’s address given at the farewell ceremony of October 8, 1995, which officially closed his visit to the United States. The Pope added, but these values themselves must have an objective content. Otherwise they correspond only to the power of the majority, or the wishes of the most vocal. We ought to insist on this vital link between values and objective content. It is time to end the war on values, not by laying down our arms or abandoning the battlefield, but rather by fearlessly proclaiming and living out the truth.”

I think if all the common people would awaken and decide to take a final stand against all of this tyranny, then it could be forestalled but a delay won’t save the day, in the end; because its already a forgone conclusion where this is all headed!

The only true answer there can be that can or will stop all of this mayhem is; Jesus Christ! This is so apparent and perhaps can serve to wake up many more people around the globe to turn away from sin, so they can accept Jesus as their Savior now, if they haven’t already done so. 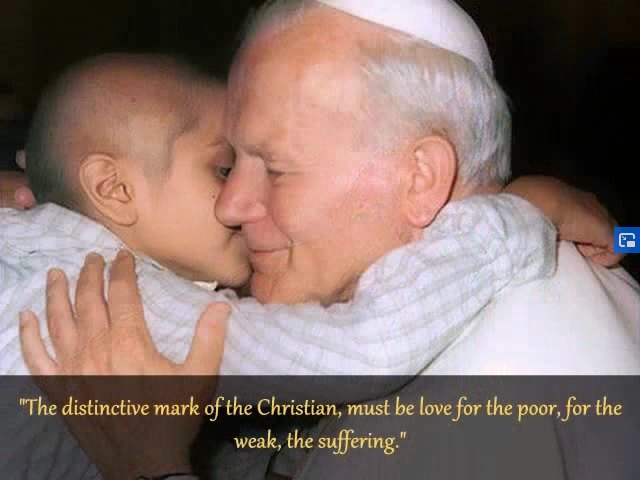 By MaureenMullarkey at Studio Matters:

The current drumbeat for universal vaccination with an experimental biological agent is unprecedented. It ought to be met with a certain reserve. Instead, it has been greeted with child-like trust and promoted by Pope Francis.

In the time of COVID, the military-industrial complex of sixty years ago has been upstaged by the medical-industrial complex. And the pope approves. A needle in every arm and “global governance” to enforce it—pharmaceutical redemption is at hand. Francis spoke for authoritarian world-improvers from Davos to Foggy Bottom when he called for “a justly financed [read: U.S. financed] vaccine solidarity.”

Such global harmony promises a faster, deeper bliss than what the Church traditionally offers. Why has the Pope of the World joined the corporate stakeholders in this global vaccine campaign? The recent Vatican conference on cell therapies is filled with clues that its professed commitment to…