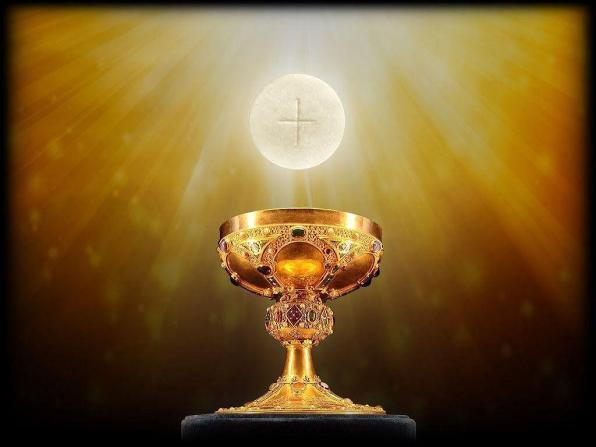 “Reverence, humility and awe.” This one line pinpoints the massive loss within the Church that’s taken place; in this very well written explanation of what has happened to the Holy Catholic Mass since the Second Vatican Council concluded setting in motion the ever so methodical decline of the Catholic Church. It’s taken roughly a half century to hollow out this body leaving a dry hush or nearly empty shell of what once was the true sanctuary and a Holy Place for the faithful to be in the presence of the mystical and Godliness of the Almighty through Jesus Christ. I think of it as a kind of experience that nothing compares to and one which gives those who believe a true sense of being visited and in the Holy Spiritual presence of God; perhaps a sense of what it was like for Moses and other Holy men of God, what the prophets must have felt when God spoke to them directly. But this mystical aspect of the Church is the religious experience we strive for when we attend Mass if genuinely sincere in our humility and love of God.

When you dilute or water down anything you continue to move away from the original; be it a substance, object or a Church; and this dilution process further separates you from the genuine or the original article which in this case is God the Father through Jesus Christ. To me it’s simple as to what is happening and why. Who or what would benefit the most from this distortion and separation of the Truth; but obviously the Devil.

I just read today that the entire Jesuit Georgetown University basketball team took a knee before their game against Colorado in the 2021 NCAA Tournament Saturday playoff.  This frenzied March madness or rebellion is in all walks of life now, disturbing and even attacking all that is “tried and tested” out of sheer defiance in many cases, just to rebel for the sake of saying “it’s my right!” Such an arrogant people this modern in your face generation has become with so little to no respect for the great things and unsung heroes of the past or all those that made possible what freedoms and good we take for granted, but I guess this Catholic University got Woke like BLM the leftist radical group and so many others lately! But anyway, the Hoyas or Georgetown team went on to lose the playoff game; and won’t be advancing! I think of this as an example of defiance that throws all caution and sensibility or even common respect for those who suffered and died so we might live, is morphing into this prideful disobedience toward all that is good about America, but, more importantly toward God Almighty!

What these people need is a major taste of reality, a mountainous dose to shock them into wiping that arrogant self-serving rotten attitude out of their minds and hearts; all of which is part of a game they play, let alone basketball. They don’t realize they are playing with fire metaphorically speaking; but nonetheless it will consume them!

This causes me to recall what I said in response to another fine article in which Kathleen made some very heartfelt comments about this very subject which I should share again here, that inspired this long commentary of mine. “I’m so thankful you came along with this article and presented it as you have because in your closing statement in the article as you state clearly, “It is so sad the post Vatican Two destroyers did away with it… although apparently it was never formally abrogated.”
This is so true how much has been altered in the Church to divert and gradually lead astray the faithful incrementally over time; this is the great apostasy and falling away from the faith that was prophesied would happen before the End Time.

“And indeed with so many of the still devout outstanding members of the clergy like Archbishop Vigano, Bishop Schneider and Father Z being a few of these truly devoted to the mission of the Church in following and adhering to all of the teachings of our Lord Jesus Christ, we see how it is sad how Vatican Two did set in motion the plan of destruction that has taken root thoroughly throughout the Church and society; twisting and perverting many of the original teachings that Jesus left us with to the point where we now have a deceptive man and heretic Bergoglio, promoting falsehoods and even blaspheming God Almighty with his allowing sacrilegious infiltration’s into the very heart and sanctity of Church at the Vatican as he is leading so many of the clergy down a path of destruction!”

I recently wrote these following statements about the Latin Mass which again this is worthy of considering here.

“In His Presence”
Yes this does indeed encapsulate the fact of the true Catholic faith still alive and well with the ever present heartbeat that grows stronger each passing day, and I quote; “The new pulse beating within the Church: the strong and joyful beat of traditional Catholicism. Instead of considering it his enemy, he should recognize it as the fulfillment of what he’s been striving for all along.”

Something I wrote recently in response to your article here on CP&S regarding what Archbishop Arthur Roche had to say about his matter in his “the world has changed,” so it’s time to move-on attitude, which was another putdown, or more like saying “out with the old and in with the new” mantra; I see how what I said dovetails perfectly here today!

“I know that my soul has been very moved and inspired when I partake in the Full Latin Mass; as I know from experience Jesus is there and I feel His Holy Spirit coming down from heaven with the Father to join us in the Mass, blessing those who are participating in this most Divine inspired true way of expressing our devotional love for our Lord Savior Jesus and the Father in heaven! I’ve had many tears in this traditional Mass at times and they are always tears of sweet joy that are coming to me from the Father, Son and Holy Spirit, because the Lord really touching my soul at that time most intimately and acknowledging His presence and love for me, as in no other setting can this occur to this degree; which nothing on earth can compare to this realization that my God is with me and will not abandon those who believe/worship Him in this way! Amen.” 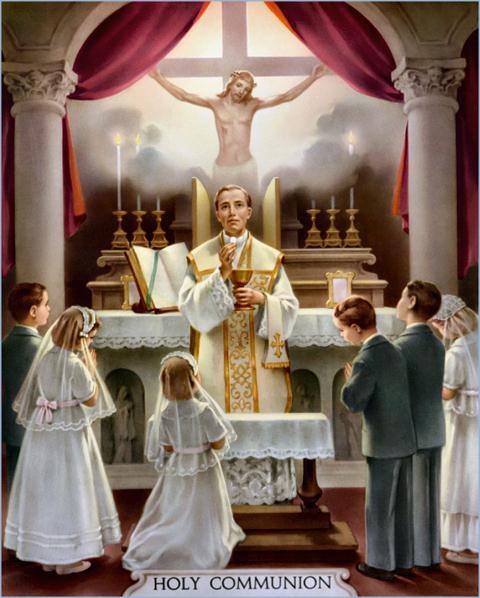 Those are my absolutely certain truthful observations and deepest feelings in this regard! And I should share what else I had to say just prior to what you read here to make it clear how certain I am about this. “And so far as his argument that the world had changed I totally disagree because it’s the people that have changed, and, God and Jesus are the same always so our communing with them in Holy Mass remains static, or plainly our souls are just that which we truly are; not our exteriors of body/flesh or daily life on earth; and therefore that is what we want to awaken to the mystical power of the Holy Spirit the focusing of our inner souls to the mystical presence of God and be totally receptive to Jesus Christ and through Him the Father to grow our deep heart felt faith not alter appearances or procedures as this New Age approach is planning to do! In this case especially in life, less is more; that which is not contrived or noisy but simple and peaceful coming from our core is all we need to bring to the ceremonial alter of the Mass!”

It is very sad to me how all of these big time sports heroes or government leaders and other highly visible public figures don’t see or feel any of this I speak about here today; if they did they surely wouldn’t have the crass and aloof attitudes they do and would quickly have a change of heart.

God bless all of you! And may you be quite certain too what the Traditional Catholicism with its Latin Mass can provide for you in your faith; if you too haven’t already discovered this truth! Amen.
Brother in Chris Jesus,
Lawrence Morra III

I have written many Letters to the Editor in my lifetime to the New York Times and to the Wall Street Journal—bona fide credentials of my moderate and centrist persona—and now I feel compelled to write this letter to you to respond to your recent article called “The Evangelical Path of Word on Fire”. I am a Catholic priest, soon to be an octogenarian. It would seem more prudent at this time in my life to lay aside those things that threaten the peace and equanimity that one should strive for at this stage of my life. But alas, my Southern Italian genetic makeup does not make it easy to live a laid- back life at this time when I should give oneself over to contemplation and remembrance of things past.

I have followed your career in the Church for some years now, with a…