John Titor
The reality is the Middle East is overflowing with a people that follow the false religion of Islam which is only a “political ideology” that took off in earnest in 632 AD when the heretic false prophet Mohammad declared war on Christendom and all non-Islam followers that they must convert or die! Have you read one of the top expert scholar’s writings on this in the “Sword and Scimitar” by Raymond Ibrahim, I wonder; because it doesn’t appear you gather your information from the right sources if you believe only what you want to believe whether fact or fiction.
https://m.media-amazon.com/images/I/51SdeJE8uUL._SL250_.jpg
https://www.raymondibrahim.com/books/
Sure the American War Machine of the Globalist Establishment were primed and ready to go after 9/11 in the US being led by George W. Bush and Dick Chaney both of which not only saw Saddam Hussein as the major culprit in Iraq but even in the region. But actually because he ruled with an iron fist he exterminated any subversive factions within his own country before they could even get started rebelling or causing any problem; those that didn’t follow his demands upon all Iraqis. The real destabilizing factor in the Middle East was the elimination of Saddam because once he was out of the way along with many of his loyalist of the Baath Party all hell broke loose and the Jihadists were now in full kill mode, so thusly the war became a scourge that dragged on and spread like a viral infection, that has one soul mission; which is to kill.  Remember in the Middle East and in this case Iraq these Muslim’s are even at each other’s throats in disagreement about a myriad of matters within the Muslim world; so the Shia and Sunni vie for control while looking for opportunity to carry out the mission of kill all infidels, with their main target being Israel and all Jews followed by Christian’s and all other non Islamist’s. This always being fueled by Iran and the mullahs a State Sponsor of Terrorism, that want Israel destroyed, completely obliterated, and of course they want nuclear weapons to carry out that mission and as well to bring on the Mahdi and end time!  How could we ever begin to trust the Ayatollah or any such people in that region who are so hell-bent with seething hatred, and whose prime objective is the destruction of Israel; if we are in our right minds!

Hopefully this is becoming a clear picture to more people how all of these madmen fanatical characters living in the dark ages; lunatics running rampant that are seeking to have control, to accomplish this end game! Many of these people are insane butchers like mad dogs; that once the recent Caliphate was being established in Syria prior to 2016 where the Megalomaniac dictator Bashar al-Assad kept his loyalist military attacking his counties own peoples using banned chemical weapons (Nerve Gas) which killed countless women and children along with freedom fighters; producing a slow agonizing death, and also dropping barrel bombs on towns and villages where the rebel forces or freedom fighters would be holed up!  When you see this fatalist mindset actually at work then you begin to understand the evil that permeates these people in general; and think then about young boys being raised to be killing machines full of hate toward anyone not of Islam, but, especially Jews and Christians following their great leader Mohammad’s directive that all infidels who don’t convert to Islam be put to death!

This matter is not hard to figure out and the solution is simple; Islam and the political ideology that goes with it must be eradicated once and for all. But that isn’t going to happen, because the cat is long out of the bag and this wicked ideology has roots and tentacles that are deeply embedded through the Middle East and beyond, not excluding right here in the USA. So the Muslim’s are correct about one thing that an end game is in the works and they seek to bring on the appearance of the Mahdi; the sooner the better!
“In 632, only months before he died, Muhammad apparently met for the first time with a Christian community as such. An official delegation of Christians, probably led by a bishop, came to Mecca from Najran in Yemen. After engaging the Christians in discussion, the Prophet is said to have realized that Christian teachings are indeed incompatible with Islam, after which the revelation followed that only Islam is acceptable to God as a religion. The Quran also says very specifically that those who refer to Jesus as God are blasphemers, and that Christians saying that Christ is the son of God is an imitation of Jews, who earlier had said that Ezra is the son of God. According to the Quran Jesus was only a servant; Jesus the son of Mary was no more than an apostle of God. Quranic verses dealing with Jesus’ death have been interpreted differently by commentators, but generally they have been taken to mean that Jesus did not die by crucifixion. For Christians the Quran has thus served as a denial of Jesus’ incarnation and death on the cross and of the reality of the Trinity.” (Oxford University Press)
These two points alone put Islam and the Muslim’s completely at odds with Jesus Christ and all Christian’s and are the enemies of such!  Mohammad himself began this conflict and was the spoiler and Heretic directly attacking “God’s plan as foretold by all the previous prophets going all the way back to Abraham.” Things have been in conflict because of Mohammad ever since and are getting worse, this will not resolve until Islam is seen for what it is, a fake religion started by a false prophet and therefore heretic!  In Summary Muslim’s are in complete denial of what Jesus Christ said and who He was and is as prophesied all the way back to Abraham; which makes them antichrist and supportive of all that is unholy.  Basically Mohammad started this blasphemy back in 632 AD and outright declared War on Christendom!  Islam as stated by Muslim’s is an EMPIRE which puts it in the category of being a Nation not a Religion! It is not a religion that is backed up with solid historical evidence and prophecy over time by many prophets other than what Mohammad said, he made it all up, the heretic! Islam seeks to conquer and must be stopped!

The whole thing is in disarray and the storm is here which is ripping apart societies, governments and civilization to bring utter chaos, havoc and mayhem to have us all at each other’s throats behaving and killing like diabolical sinners.  Meanwhile another Satanic plan has begun to heat up coming off the back-burner to the fore which will bring all of this destruction on faster accompanied by the totally false POTUS Biden who has been and is directly working against America, but more importantly God, with many others in our US government; but the Huge spoiler along with the CCP in China, “The Enemy of Civilization; Islam” is itching to bring in the “Mahdi” who will rule before the end of the world, which they think in their falsehood is their Christ like leader to come; but we can be sure is the Antichrist. Turkey’s Erdogan is now advancing his nation toward an ultimate caliphate in the Middle East looking to recapture the lost Ottoman Empire of the early 20th century, and this along with multiple possibilities that AI could help to bring a Doomsday Scenario into play by its acting as a trigger if you will, that lights the fuse to detonate the mother of all bombs and mankind’s destruction!  Presumably within Turkey’s borders are housed by the United States 50 nuclear warheads; and this coupled with the fact that Turkey, Iran and Iraq are all in the region of the prophesied place called Armageddon!  This in the high tech digital age is extremely foreboding!

Another major player in the continuous developing crises Iran has become very tightly wound up with China and Russia which to me is only the work of diabolical evil.  The totalitarian terrorist regime of Iran led by the Ayatollah Khomeini who takes his marching orders from the same place Mohammad did is making sure they live up to their reputation and speaking the hate and destruction vitriol that is their trademark, attempting to sway opinion and induce fear in the region, especially Israel; knowing Russia’s Putin and Turkey’s Erdogan are in league with the Iranian regime.  This is all part of the Nation of Islam political ideology of never caving in to non-Nation of Islam believers; so these vicious Jihadist anti Jew and Christian fanatics will never want peace in the Middle East. (Of course the birthplace of Jesus Christ the Savior of Mankind), thus fear and dominance is their game to induce conflict; so they can usher in the Mahdi (the rough Muslim equivalent of the pope), who will rule over all of Islam. 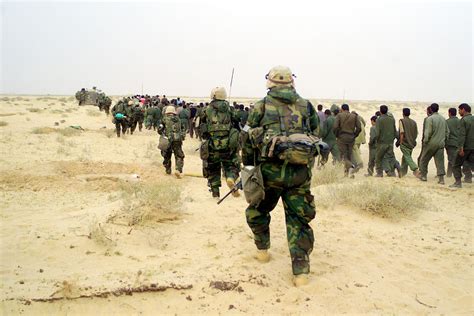 It’s Been 18 Years Since the U.S. Invaded Iraq and Nothing Has Changed
We Are Change » Feed / John Titor

It has now been eighteen years since the Iraq invasion, and I’m still not done raging about it. Nobody should be.

The reason it’s so important to stay enraged about Iraq is because it’s never been addressed or rectified in any real way whatsoever. All the corrupt mechanisms which led to the invasion are still in place and its consequences remain. It isn’t something that happened in the past.

The Iraq invasion feels kind of like if your dad had stood up at the dinner table, cut off your sister’s head in front of everyone, gone right back to eating and never suffered any consequences, and everyone just kind of forgot about it and carried on life like it never happened. The US-centralized empire is full of willful…