Fauci’s NIH division shipped part of a $375,800 grant to a lab in Tunisia to drug beagles and lock their heads in mesh cages filled with hungry sand flies so that the insects could eat them alive,”

‘To save Fauci, the Left has to defend the torture of puppies,’ one shocked observer said.

For sharing and informational purposes  on this platform only.

(LifeSiteNews) — National Institutes of Allergy and Infectious Disease (NIAID) head Dr. Anthony Fauci is under fire after a nonprofit organization reported that he funded research to infect beagle puppies with parasites in order to test an experimental drug.

The allegations were raised by the White Coat Waste Project, a nonprofit watchdog organization that raised the alarm about the NIH sending U.S. taxpayer dollars to the Wuhan Institute of Virology (WIV) for research on bat coronaviruses.

The NIH has since admitted that it funded “gain of function” research to artificially enhance bat coronaviruses and make them more transmissible to humans, despite Fauci’s repeated statements under oath that taxpayer money was not going toward the research.

Now, after obtaining documents through a Freedom of Information Act (FOIA) request, the White Coat Waste Project is alleging that Fauci was involved in funding a different type of research, which is leading to calls for Fauci’s resignation or even arrest.

The nonprofit alleges that a study funded by Fauci in Tunisia, North Africa in 2018 and 2019 involved deliberately infecting 44 beagle puppies with flesh-eating parasites for the purpose of testing out an experimental treatment, The Hill reported.

“Our investigators show that Fauci’s NIH division shipped part of a $375,800 grant to a lab in Tunisia to drug beagles and lock their heads in mesh cages filled with hungry sand flies so that the insects could eat them alive,” White Coat Waste told The Hill.

“They also locked beagles alone in cages in the desert overnight for nine consecutive nights to use them as bait to attract infectious sand flies,” the report states.

According to the group, the research was also being conducted stateside in California, Georgia, and Maryland.

The nonprofit further alleges that while the experiments were being conducted, scientists performed cordectomies (a removal of the vocal cords) on some of the puppies so the workers would not be bothered by the tortured puppies’ barking.

In response to the shocking allegations, at least 23 U.S. legislators from both parties have now signed onto a bipartisan letter demanding answers.

“The dogs were all between the ages of six and eight months old,” Mace wrote. “The commissioned tests involved injecting and force-feeding the puppies an experimental drug for several weeks, before killing and dissecting them.”

According to Mace, information gathered via the FOIA request and subsequent media coverage indicates that Dr. Fauci’s NIAID supported the research from October 2018 to February 2019, spending a total of $1.68 million in taxpayer dollars.

The allegations have resulted in a social media firestorm, with many calling for Fauci to explain himself, be fired, or even to be arrested, with the hashtag #ArrestFauci trending on Twitter. 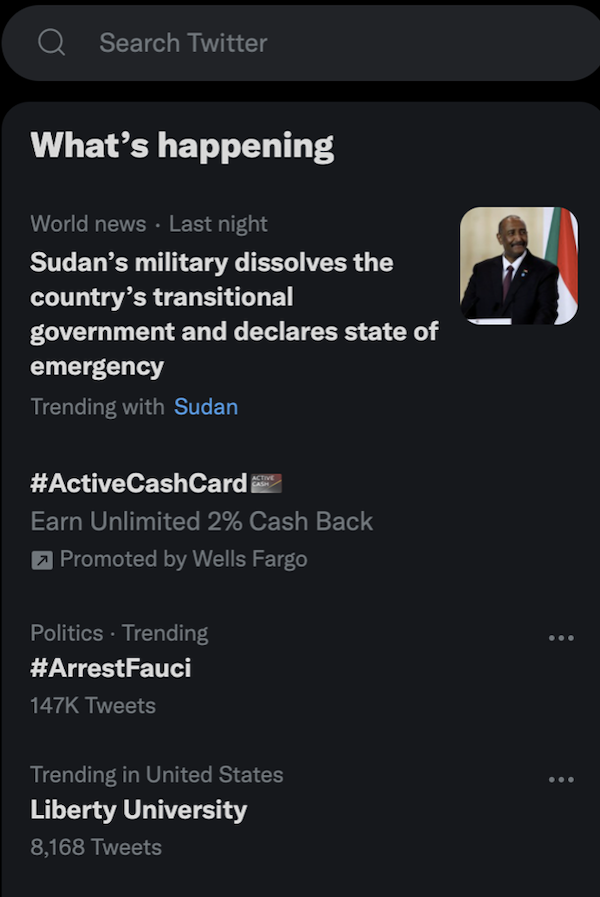 “If you’re angry about how Fauci uses puppies, just wait until you hear how he uses COVID vaccines on healthy kids. #ArrestFauci,” wrote former CIA officer and current political and national security writer Bryan Dean Wright, who later remarked, “To save Fauci, the Left has to defend the torture of puppies.”

“It’s time to open the books on all of Fauci’s projects over the years. We need to understand exactly what sick things our tax dollars have been going to!” declared Colorado Republican Congresswoman Lauren Boebert.

Disturbing experiments on beagle puppies aren’t the only NIH-funded projects which have raised eyebrows.

In addition to funding dangerous gain of function research in Wuhan, China, the NIH was also met with strong criticism from pro-life groups after evidence emerged that under the leadership of Dr. Francis Collins, the institute granted millions of dollars for research projects involving the implantation of organs harvested from aborted babies (some of whom may have been delivered alive for organ harvesting before being killed) into mice.

Such biomedical human genome research included a study funded by Dr. Fauci’s NIAID and conducted at the University of Pittsburgh in 2020, which involved grafting human fetal scalps onto mice to study skin conditions.

In response, over 100 congressmen signed onto a letter calling upon the NIH to release details surrounding its connection with University of Pittsburgh’s “repulsive” and “unethical” fetal research.

Less than two weeks after the letter was submitted, and shortly after 900 pages of documents providing evidence that the NIH funded research to make bat coronaviruses more transmissible to humans were released in September, Dr. Collins announced he would resign from his role by the end of 2021.