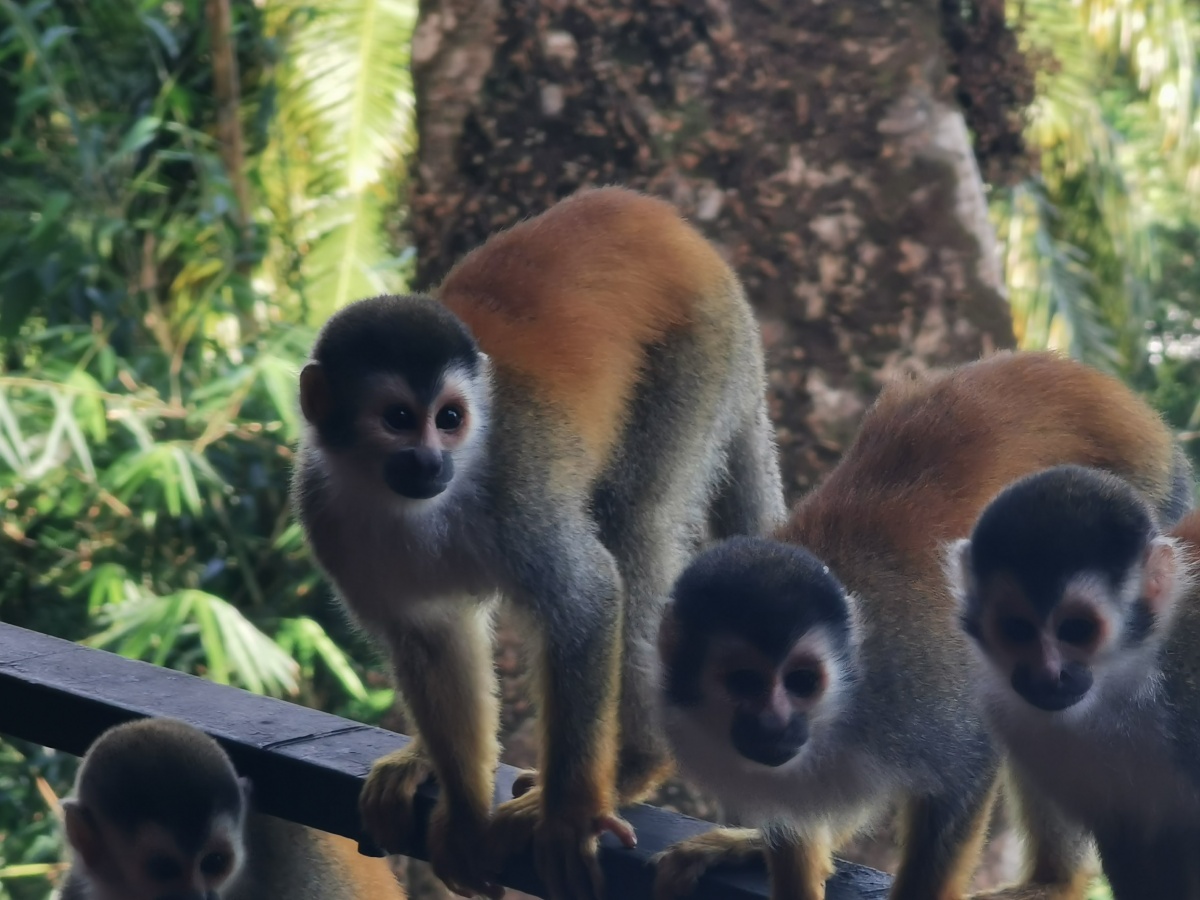 Ha-ha I won’t be asking you about the eating of bugs anyway so have no concern about that whatsoever!

Nice way to put it “collect impressions” in your travel’s and to me that seems like a kind of catching butterflies; only here very rare ones.

Indeed what can be lurking out there in the big open wide world when one gets the “wander lust” is an intriguing thought for sure! But realistic expectations when considering where to travel and what to do when there, makes total sense to me! I love Orangutans and when you mentioned them here I immediately thought Borneo which would meet expectations for one’s seeing those gentle primates; for now as their population has been decimated by at least 50% in our generation! Sorry to mention a sore point here but I see clearly how “people are generally good at screwing things up” from their natural order wherever they “monopolize any terra firma” around the globe; so get it while you can I guess!

So, before I even read your explanation or knew you were mentioning Orangutans I was saying all of this which does seem to be my own personal mindset from the get goes anyway!

Because I kid you not, I thought and said the above before I had any clue what you were going mention about Miss Loudly and her Mr. Chess another pair from the, to me; boring as all hell 20 something group of whiners! These two proved in spades why even with so much technology and the wide open information highway they are the most clueless lot, and never seem to get it! I’ll be blunt, the first thought that came to my mind was something I heard years ago when living in California and in some “trendy stoner films” in which the most youthful if they had the traits of this latest group of newbies were actually “stoned out of their skulls” if they behaved this “mute or lost without a clue;” but these guys now are just so “self-absorbed or tuned into their so called smart phones,” go figure those who are so attached to them are getting dumber, probably part of the “dumb down process” of education these days which is working quite well; so much so that they often times seem more robotic to me than human! The term I refer to is “Gag Me With A Spoon;” “It originated among the “Valley Girls,” a socio-economic class of stereotypically self-involved, spoiled, materialistic, hedonistic young women in Southern California.” quora.com Gee, much of the human race now!!! That shit caught on Bigly!

And absolutely on the same wavelength with this you mentioned about the Orangutans, “over half of them have been killed off by man’s greed.” “Unrealistic expectations indeed.”

Such “Unrealistic Expectations” for sure , to the MAX, and it only causes dread for me to think of what this current “newbie” lot will do to the populations of so many rare and special animal species moving forward or is that “backward” now? Let’s be real; look what the globalists have just demonstrated as acceptable human behavior; to “cull the human global population,” and so am I to think human beings will have more concern for wild creatures? Hardly and not a chance!

This nails it down Eva! “San Jose is a city – it has people in it, and where ever there are people, there can be a surprising lack of wildlife.”

Yup, “GO FIGURE” and planet earth is becoming “one humongous city” so we can expect less and less of the creatures of the once “Great Outdoors” and “Out Back!” But plenty more “Humans with Lack!”

Heck I have to totally agree with you on this; “I don’t appreciate being screwed!” I’ve had that happen a few too many times and I loathe it; so my antennae are up constantly these days!

I would be and think no different from what you stated here! “We didn’t zipline through the tree tops – I am sure it is a lovely experience for those who enjoy screaming in the wilderness. We didn’t hop through the cloud forest on hanging bridges.” If I were seeing people doing that from the wildlife perspective; I would have to think, “Oh look more self-absorbed really stupid crazy people!” And then as those poor animals sit hiding and huddled together saying; “please hurry and GO AWAY!”

And here is why and now I must express “my anger” as I get “so pissed off” with my fellow human beings now, and really don’t like too many of them anymore just because of this one Phucked-up new trait that is imbedded in their psyche!!!

“Humans have grown a new appendage it seems, the one that is glued to their hand and forces them to make funny faces and take pictures of their bottoms.” I actually had a conversation about this topic with a law enforcement officer I got acquainted with yesterday along with discussing Jujutsu which he teaches and I’m about to take a huge interest in; as my own dad and his Law enforcement friends always advocated it all the way back to their Navy days and I up to now only studied Taekwondo, but, the way humanity is going, if I had children Jujutsu would be a mandatory pastime family experience; to be prepared!

OK, I better leave it here for now before I go off and get nasty and very at the very least irritating, or probably depressing; but I can’t stomach most human behavior anymore! And see, this is exactly why I wrote that Farewell Blog last week; which God also speaks to me in this regard, in my heart, I mean just look around and the news these days! I’ll say it and I’m just being honest! People make me sick! I mean today’s A-Holes; most of the ones that have this “appendage behavior” and many on this internet are pretty much that sort! So therefore, I don’t like many “internet groupie idiots!” Social Media is the “New Mental Case Human Lot!” I say “Please Go Away!!!”

Thank you for the eye opening excursion and I’m glad you saw the forest for the trees and especially the human apes for what they are too!

And loved the photo of the Squirrel Monkeys and all the Botanical ones with the beautiful closing Sunset! Those are the things that would be etched in my mind, heart and soul after such a trip, and the extraneous human trash would be blown out my butt!
Thank you!
I’ll take the Forest for The Trees and the Monkeys Anytime!
Lawrence Morra III

In the spirit of my defunct site, “Odd Guides,” it is worth reiterating, that I do not write travel posts. So if you are looking for tantalising information about Costa Rica, there are many learned, enthusiastic writers out there who will tell you where to buy sloths, eat bugs and stare at sunsets. I am not one of them.

Travel has always been for me an opportunity to collect impressions. As such, I try my best to wander the world with an open mind for one never knows what is lurking around the next corner. The world is full of those corners – places where you can get lost, find your way and gain your mind. It is also full of terror, hardship and horror. Ultimately, I do not travel to seek out anything in particular – if the opportunity presents itself…