What is wrong with people in our world today? Is this apathy and blasé attitude the result of too many years of not believing in God while becoming secular automatons that have turned over their sensibility and belief in God for just trust the government and science; they have all the answers you need! Are people so blind as not to see what China’s government has been up to for several decades playing everyone for a fool and how they just killed off 1.2 million Tibetans as the CCP’s campaign to purge the country of dissenters or undesirables or those that can’t be converted or brainwashed to NEW World Order Totalitarian Control must be in the least, placed in internment camps and either be brainwashed to complete conformity or be exterminated! Everyone does realize that this genocide is exactly the type program the Germans under Adolph Hitler instituted just prior to and during WWII as the Nazis pushed toward totalitarian tyrannical control to create the Third Reich?

Now with digital mass communications (MSM) and moderating or throttling the masses dissemination of facts and information, or Truth vs. Lies, with Big Tech calling the shots as to who can say what, while the MSM supposed journalists are nothing of the kind and are many propaganda ministers blaring in our faces 24/7 all manner of lies and falsehood; telling us all what is reality or acceptable and what isn’t!

Don’t they see this is just like George Orwell’s 1984 science fiction world where Big Brother is watching all, and, if you don’t do as told or conform totally to the State; you are to be locked away or most probably killed?

Has the public now resolved itself to being herd animals just like sheep being poked and prodded to act and behave as told or you will be in big trouble; so just be a good little sheep; is how they live now?
Walking around with damned surgical masks on that do absolutely nothing to prevent the inhalation of cold viruses, and Covid-19 isn’t transmitted while breathing air, but instead the actual mucus droplets containing the virus must be inhaled or by hands touching body orifices gain entry into a person. Even if you get Covid the survival rate is 99.97%, which you don’t have lock-downs for such a thing in a sane world, so this must be some agenda at work; but people are too lazy or stupid to look deeper into what kind of bull shit story they are being fed!

Furthermore the vaccine is experimental and dangerous much more so than the damn Covid-19 but idiot people just take the jab, and many are dying or will have major health issues down the road because of the genetic altering of their bodies by the vaccine! Besides that, consider how for many years the flu that comes around each year comes and goes, while some people get a flu shot but many don’t; and never does that flu shot protect a person from the annual flu for the rest of their life, but instead they must get a shot each year as the flu mutates to another strain!

Are people going to just take all of this lying down like a bunch of zombies or imbeciles; and just let elected or appointed officials micromanage their lives and tell them how to live? Or can they still wake up and protest most vehemently; to say NO MORE!
Lawrence Morra III

Example of the lies and cover-up going on:  The Puppet POTUS speaks; sometimes!   Does it matter?  America’s Man of Perdition! 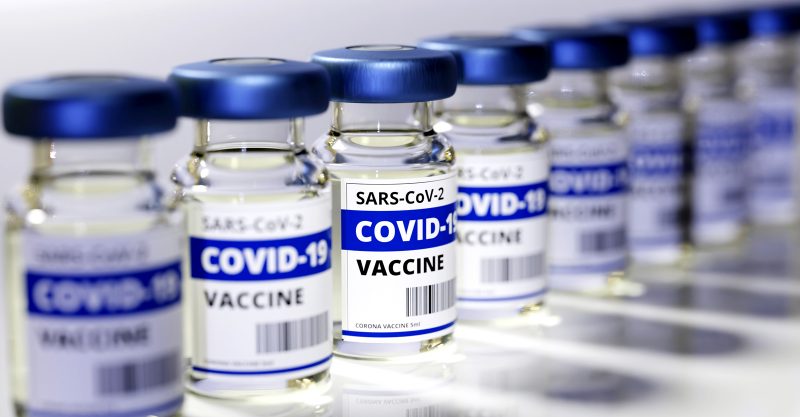 Data released today by the Centers for Disease Control and Prevention (CDC) on the number of injuries and deaths reported to the Vaccine Adverse Event Reporting System (VAERS) following COVID vaccines remain consistent with previous weeks, with the exception of a 31% spike in reports of Bell’s Palsy.

Every Friday, VAERS makes public all vaccine injury reports received by the system as of Friday of the previous week. Today’s data show that between Dec. 14, 2020, and March 5, a total of 31,079 total adverse events were reported to VAERS, including 1,524 deaths — an increase of 259 over the previous 7 days — and 5,507 serious injuries, up 1,083 over the same time period.In the U.S.,