“The tearing apart from the inside out” 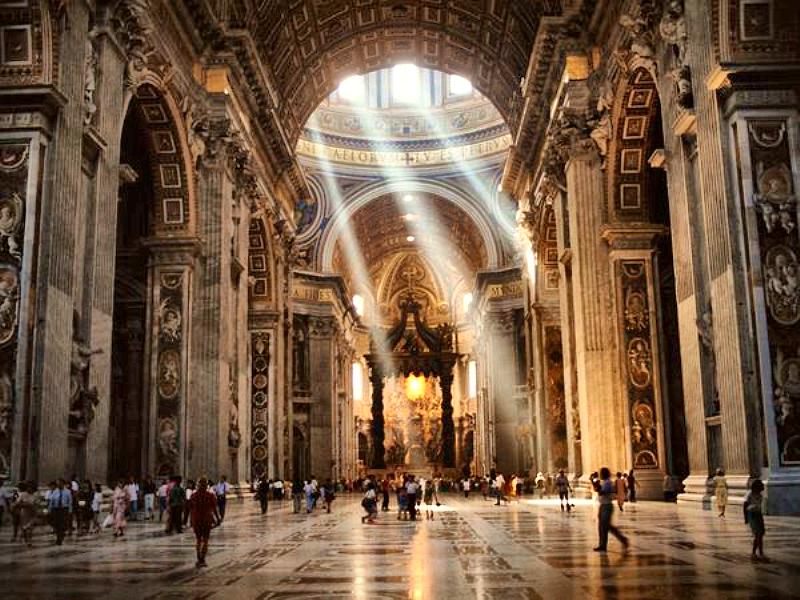 The tearing apart from the inside out of the Greatest Modern Time Nation under God, “The United States of America” and, “The Original Christian Roman Catholic Mother Church,” simultaneously being orchestrated by the most diabolical force in the Universe from hell itself, Satan and all of the fallen angels. by Lawrence Morra 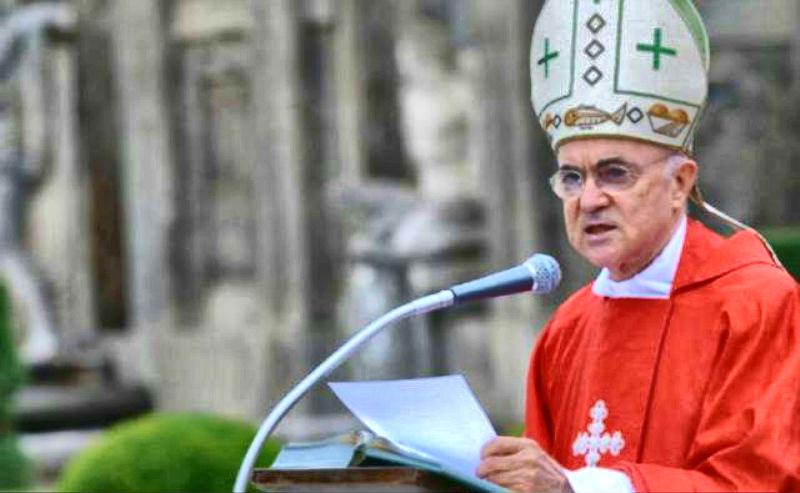 Look folks let’s cut to the chase!  You have the same access to pertinent information that I’m locating and discerning as to its validity. I’m also depending on God Almighty in the Holy name of Jesus Christ allowing revelatory inspiration and insight to reach me and hopefully as many others in this dire situation quickly. We are on the precipice and much of what I see Archbishop Carlo Maria Vigano saying, as being forthright and necessary; as the plan in motion currently is global and comprehensive, which is to enslave the entire human race to serve Satan himself! The Devil has had plenty of time to design his plan and patiently wait for the ripe opportunity to present itself.  He infiltrated the Church long ago and Vatican II was a prize catch opportunity to create or lay the ground work for the final nail in the coffin and seize control of the Church.  Biblical prophecy makes it clear that this would happen and Satan would put at the head of the Church in place of Peter and all subsequent Popes the Antichrist who would declare himself as being God! 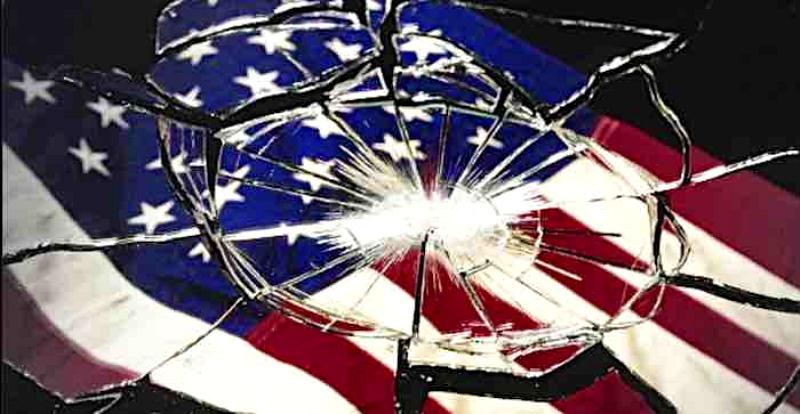 Here is what I wrote on the 5th in my blog,-What follows is the complete article of this title “Something Is Rotten In America,” written by Ray DiLorenzo —— Bio and Archives—July 4, 2020, which is the most concise and well laid out piece of journalism to date that I’ve found that is both completely legitimate and an honest reporting of the facts about the COVID-19 staged pandemic which is only a piece to the puzzle that was hidden from the public and indeed the world for many years now in plain sight!

Many of our elected and appointed officials have been part of a “giant global criminal conspiracy” like nothing this world has ever seen which is happening in the most advanced highly technological era ever!  This means that the old George Orwell science fiction novel “1984” is now happening for real, as these hideous people are seeking to thrust the planet into totalitarianism which will be ruled by this group of elite and most sinister humans to have ever walked the earth!

Big Brother in the novel is what we have heard bantered about in the last several years called “Deep State” which most of us were not too concerned about because we were gravely misinformed by our own media outlets while being manipulated by just about anyone in a position of power or authority; and most people have been good little “sheeple” just swallowing what they are fed vis-a-vis the MSM hook line and sinker! 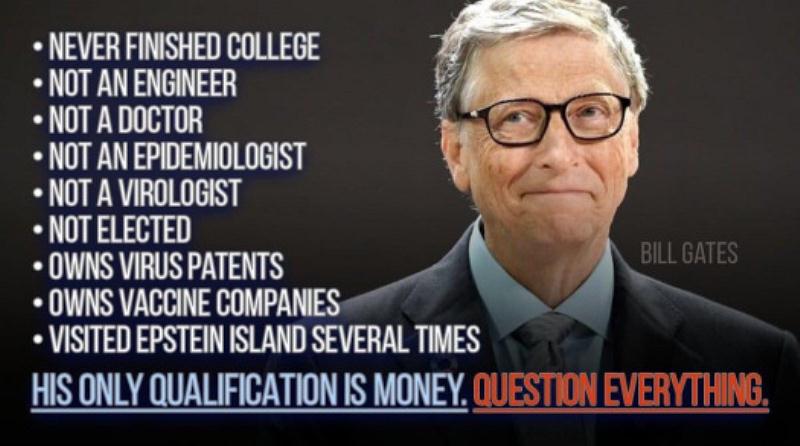 So, what I just wrote in my blog on the 5h as you can read was how I thought what DiLorenzo the other writer was saying in his article actually aligned perfectly with all of my own sentiments and research, but, moreover my spiritual intuition from Jesus Christ in my heart that the nightmare has already begun and Biblical prophecy is absolutely real and Spot-On. What this author says here is precisely coalescing around this one central theme or concept about humanity that I wrote in my reblog intro for his most astute article, how I also for months have seen this all coming!   This following statement that I wrote about on the 5th just came to my attention in an email regarding yet another writer’s overview of the global crisis unfolding in real time.  Just to make it clear here is my statement again followed by today’s article title.  “This means that the old George Orwell science fiction novel “1984” is now happening for real, as these hideous people are seeking to thrust the planet into totalitarianism.”  Then here is that articles title that came to me today in an email notice;  “Breaking News: Covid19 Exposed As Globalist Hoax To Usher In Orwells1984 – Viruses Are NOT Contagious!” 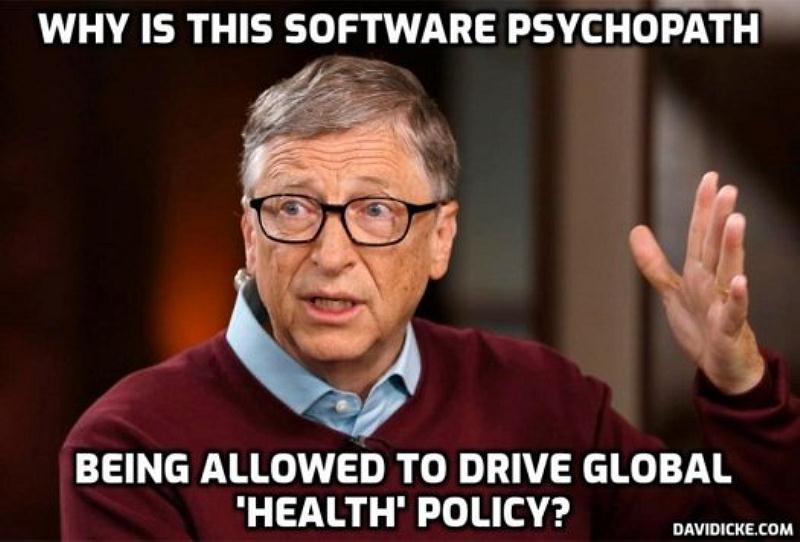 The reason I mention all of this is that it to me correlates precisely with what Archbishop Vigano is driving home as to why he is speaking out about this crisis in the Church!

Here I quote author DiLorenzo, “In writing this article, I had to constantly remind myself that what is happening in America today is not an outlandish work of fiction that few people would find conceivable, but a harsh reality that is happening now. On one hand, I am fortunate to be a witness to history, but on the other hand, sick at heart that this could happen here, the country I love.. 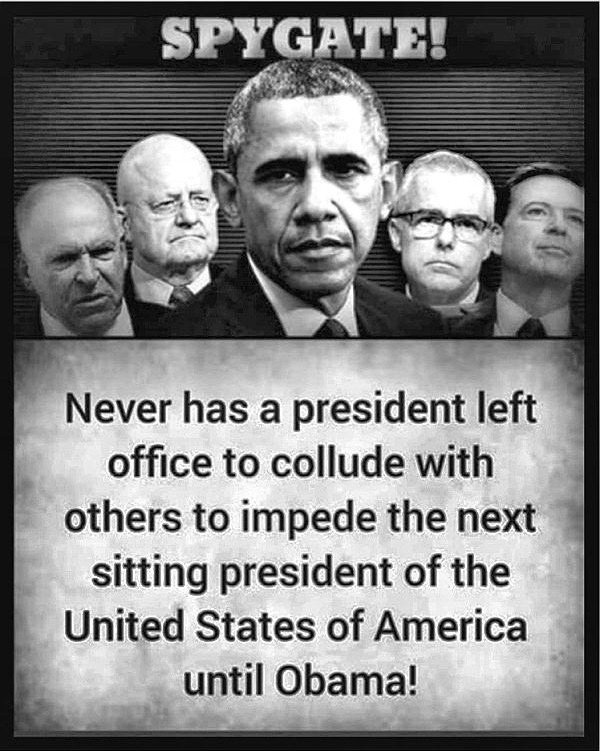 It is not hyperbole to say that we are witnessing the culmination of decades of massive corruption. It is so fantastic in size, scope, and evil as to be worthy of the most heinous crime organizations that have ever existed.” Ray DiLorenzo —— Bio and Archives

So, my brothers and sisters, we see clearly by world events and circumstances as for example the blatant treasonous criminality that has taken over the US Government, “Deep State” with many highest ranking individuals claiming they are Catholics, but, are the farthest thing from that and are indeed Satanist’s or the term going around Luciferians and Illuminati, that I had a direct run in with over the last dozen or so years.

These are people who have decided, “it’s better to rule in hell than serve in heaven.”  These simultaneous circumstances that are so conflicting in the Church presently began in earnest back at the time of the Vatican II Council like the Archbishop has “bravely” pointed out!  And, the current crisis of governance in the US Congress simultaneously is not accidental, but orchestrated by the same diabolical entity that has manipulated the Roman Catholic Church, the true Mother Church on earth, that Jesus Himself told Peter to build; and this is happening now to bring on the final crisis the all out battle between Heaven and Hell, Armageddon is real and on the way pronto!

Allow me to quote the Archbishop here to focus on my point of what I see happening. “Unlike many bishops, such as those of the German Synodal Path, who have already gone far beyond the brink of schism (…) I have no desire to separate myself from Mother Church, for the exaltation of which I daily renew the offering of my life.”

“And those who fell into this deception did so because, loving the Church and the Papacy, they could not imagine that in the heart of Vatican II a minority of very organized conspirators could use a Council to demolish the Church from within; and that in doing so they could count on the silence and inaction of Authority, if not on its complicity. These are historical facts, of which I permit myself to give a personal interpretation, but one which I think others may share.”

Here Archbishop Vigano I believe focuses on a “CRITICAL” point for all to take to heart!

“A Truth that, when it is integrally proclaimed, cannot fail to be divisive, just as Our Lord is divisive: “Do you think that I have come to bring peace on earth? No, I tell you, but rather division” (Lk 12:51).

“You will say to me that these are the positions of extremists, and that virtue stands in the middle, that is, among those who consider that Vatican II is only the latest of an uninterrupted series of events in which the Holy Spirit speaks through the mouth of the one and only infallible Magisterium.  If so, it should be explained why the conciliar church was given a new liturgy and a new calendar, and consequently a new doctrine – nova lex orandi, nova lex credendi – distancing itself from its own past with disdain.”

“This would be enough to understand how much damage has been caused by the deliberate adoption of a language that was so murky that it legitimized opposing and contrary interpretations, on the basis of which the famous conciliar springtime then occurred.”   LifeSiteNews: July 6, 2020,

Abp Viganò defends his union with Church: ‘I have no desire to separate myself from Mother Church’

He, Archbishop Vigano, says it quite clearly how there has been a plan of “DECEPTION” in place for a long time and I say the evidence that is supporting this statement is correct or actually unequivocal and overwhelming.  He also points out the severe damage that’s been done and is being done to the Mother Church, that I see not by coincidence is also happening within America’s government “Of The People, One Nation,” and here is the key that always made America Great and “The Envy” or a grand prize for Satan to own, over any counties government system; “under God.”

This is the time for Satan to usher in human totalitarian control vis-a-vis the NWO connected to the Communist China Party in conjunction with the Great America corrupted government to finally have the world bowing to Satan and the Antichrist who will appear!  I see the current Pope, Francis, as having done nothing but facilitate this process, making him the heretic and an antichrist agent! 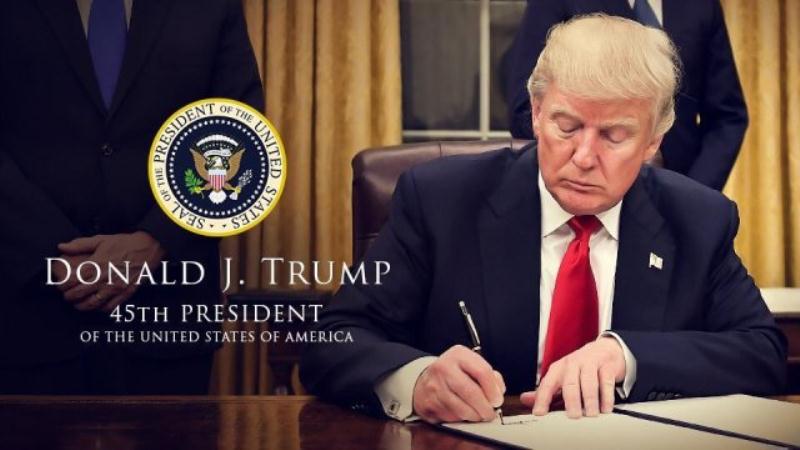 President Donald J. Trump put aside his pursuit of more earthy wealth as a primary focus; in order to serve God’s plan of ultimate good for humanity in this crisis.

7 thoughts on “It’s No Coincidence”