“may also be a once-in-a-century evidence fiasco.” 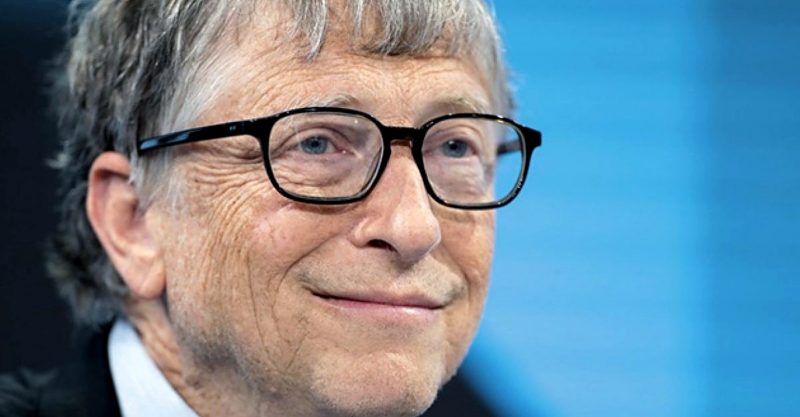 Uncensored updates on world events, economics, the environment and medicine

This despot sociopath Bill Gates along with quite a few Globalists of like kind “anatomically” speaking, have worked in unison for decades to bring on not only what Lenin, Marx, Mao, Stalin, Khrushchev had all stated as the eventual objective of “global dominance and control;” but now with all the right components in place such as mass digital communications being used as the ultimate propaganda arm via social media along with all the major MSM networks it’s become the coup d’ grace death knell of democracy, and the increased likelihood of its being replaced exponentially, with absolute communist totalitarian control; as they are now on the fast track to usher in New World Order and their “Global Reset” agenda, and this is just one Major piece of the jigsaw puzzle being orchestrated into place!  But, bearing in mind, that China’s CCP with lifetime appointed chairman Xi Jinping have had for decades, global conquest as their most singularly important and necessary goal; even just for the ability to sustain its 2.3 billion population.

A year ago I was writing and posting some highly regarded expert opinions with facts how China is ground zero when it comes to this whole pandemic madness along with NWO Globalist types which Bill Gates is definitely a player in that “club of elitists” with the same agenda of Totalitarian control around the globe.  Gates was having clandestine meetings in Wuhan China while also having been directly involved with Xi Jinping and the CCP on a variety of secret projects for years; making him an enemy operative involved in espionage as I see it; against the United States! What follows is more of what I pointed out over the last year with references to excellent sources.

It’s hard to believe actually how in today’s day and age of readily accessible information at people’s finger tips they get sucked into believing what people like Bernie Sanders a Marxist at heart promotes as a good thing.  History clearly shows us that Communism in any form is lethal to people’s rights, freedom and lives. Joseph Stalin along with Pol Pot prime examples of Marxist–Leninist’s, that slaughtered millions of their own respective peoples to gain complete control of the population and force their wills upon their nations under communism. Just because China has put on a good front all these years showing the world they appreciate Western Capitalism doesn’t mean they aren’t monsters with ulterior designs and only playing the game to get us all in a weakened position over time then break the back of our systems to conquer.  They have us indebted to them to the nth degree and have bought out enough industries and properties here in the US along with having some prominent American politicians in their hip pockets; to proudly say America is practically in the bag!  We are dealing with the sleeping dragon that will be extremely hungry and hostile when it wakes up one day wanting to up the ante!  They are not our friends not by a long shot and the Party has no heart, they are ruthless, hard core totalitarian minded despots. Trump has been the spoiler in this God forsaken scenario and I believe it’s because God wanted it this way to give the good people of America a last ditch opportunity to wake up before they step off into the precipice and horror beyond imagination under evil tyrants!

“For quite some time, China has been trying to undercut the foundation of American global power. Unlike Moscow’s often coarse, brutish efforts, Beijing has been stealthier than an F-35, using public diplomacy initiatives to subtly buy its way into schools, civil society, and the private sector.

More specifically: Why are Chinese government officials now publicly denying that the coronavirus started in Hubei…”

Please keep up the good fight and bringing us such high integrity, factual journalism my friend.

God bless you and yours!  Lawrence

Guys the problem is there should be big consequences for these types of hysteria generating behaviors and if caught doing it automatic prison sentences for decades; they are causing unbelievable damage to economies and lives!  Where the hell is culpability and JUSTICE in this equation? Just because the Chinese government is a sick evil minion of hell doesn’t mean journalists and other assorted enterprising barracudas should be freewheeling manufacturers of mayhem! Get the responsible agents of this havoc and lock these suckers up!  In China that type of behavior gets a guy a bullet to the head!  Get moving judicial system; where the hell are you! 3/23/20 LM

Well that was then and this is now; which looking back we see how the US Justice Department, CIA or DHS all did zilch about preventing any of this mayhem and more likely were directly involved in perpetrating it!

Here is some additional commentary and specifics that do provocatively point out that we had much of the truth right in our faces all along!

“Stanford Professor John P.A. Ioannidis, the co-director of the Meta-Research Innovation Center at the university, as well as a professor of medicine and population health, released an analysis on Tuesday that argued the world may be overreacting to the coronavirus pandemic.

“A specialist in biomedical data science and statistics, Professor John Ioannidis argued in the report that the response to the pandemic could be a “fiasco in the making” because global governments are making huge decisions based on data that is “utterly unreliable.”

“Ioannidis claimed in the report that the United States, as well as European governments, is likely to be overreacting.”

“China Is Hiding Something Big — Government Forces U.S. Journalist Out Of Country ”

“Yesterday afternoon the Chinese Communist Party in Beijing announced journalists from the New York Times, Wall Street Journal, and Washington Post have been expelled from the country. Journalists who remain are being told to report to the Chinese government.”

“All of these outlets were working on stories about the Wuhan coronavirus, which the government has repeatedly covered up. This censorship led to a devastating pandemic, which is wreaking havoc on the global economy as the virus continues its lethal path of destruction.”

“This expulsion of reporters, who have been publishing crucial information about the virus, proves China has more to hide.”

“The disinformation campaign that they are waging is designed to shift responsibility. Now is not the time for recrimination.  Now is the time to solve this global pandemic and work to take down risks to Americans and people all across the world,” Secretary of State Mike Pompeo told reporters Tuesday.”

This was an initial report about the virus when it was first acknowledged by the Chinese government.  “A new Chinese coronavirus, a cousin of the SARS virus, has infected more than 200 people since the outbreak began in Wuhan, China, in December.  Scientist Leo Poon, who first decoded the virus, thinks it likely started in an animal and spread to humans.” https://cnn.it/2Ga2x6s&nbsp; 03/22/20

The World Health Organization has been ridiculously anemic in its efforts to get at the actual truth and more interested in gaining political capital as well as mocking President Trump with the MSM and leftist agenda all heading toward the New World Order!  We can’t rely any longer on so called authorities to be the mainstay of our factual information or aiding we citizens with “a concise factual presentation of the truth” in such matters, so, we all should be willing to “keep digging for the truth,” remaining vigilant in our quest to understand and act accordingly.  Lawrence Morra

CREDIT: For all factual content, actual statements; are hereby acknowledged within the scope of all pertinent news articles copyright rules as being the property of “statnews,” lifeandlibertynews, cnn.it who maintain and are responsible for all of their published content with regard to authenticity, responsibility, jurisdiction, duplication and any related effects by said news data herein stated or otherwise. This use is totally non-profit and for informational sharing purposes only within social media community practices, guidelines and standards. LM

In October 2019, shortly before the COVID outbreak, Gates and other powerful individuals began planning how to censor vaccine safety advocates from social media during a table-top simulation of a worldwide pandemic, known as Event 201. Over the last two weeks, Facebook and other social media sites have deplatformed me and many other critics of regulatory corruption and authoritarian public health policies. So, here is some fodder for those of you who have the eerie sense that the government/industry pandemic response feels like it was planned — even before there was a pandemic.

The attached document shows that a cabal of powerful individuals did indeed begin planning the mass eviction of vaccine skeptics from social media in October 2019, a week or two before COVID began circulating. That month, Microsoft founder Bill Gates organized an exercise of four “table-top” simulations of a worldwide coronavirus pandemic with other high-ranking “Deep State” panjandrums. The exercise was referred to as Event 201.

At Gates’ direction, these eminences role-played members of a Pandemic Control Council, wargaming government strategies for controlling the pandemic, the narrative and the population. Needless to say, there was little talk of building immune systems, off-the-shelf remedies or off-patent therapeutic drugs and vitamins, but lots of chatter about promoting uptake of new patentable antiviral drugs and vaccines.

Oddly, Gates now claims that the simulation didn’t occur. On April 12, 2020, Gates told BBC, “Now here we are. We didn’t simulate this, we didn’t practice, so both the health policies and economic policies, we find ourselves in uncharted territory.”

Unfortunately for that whopper, the videos of the event are still available across the internet. They show that Gates and team did indeed simulate health and economic policies. It’s hard to swallow that Gates has forgotten.

Gates’s Event 201 simulated COVID epidemic caused 65 million deaths at the 18-month endpoint and global economic collapse lasting up to a decade. Compared to the Gates simulation, therefore, the actual COVID-19 crisis is a bit of a dud, having imposed a mere 2.5 million deaths “attributed to COVID” over the past 13 months.

The deaths “attributed to COVID” in the real-life situation are highly questionable, and must be seen in the context of a global population of 7.8 billion, with about 59 million deaths expected annually. The predictions of decade-long economic collapse will probably prove more accurate — but only because of the draconian lockdown promoted by Gates.

Gates’ Event 201 script imagines vast anti-vaccine riots triggered by internet posts. The universal and single-minded presumption among its participants was that such a crisis would prove an opportunity of convenience to promote new vaccines, and tighten controls by a surveillance and censorship state.

Segment four of the script — on manipulation and control of public opinion — is most revealing. It uncannily predicted democracy’s current crisis: