Spot-on and cutting to the chase here folks! I just love it when someone says it like it is and puts the truth and facts right in our faces; to wake us the hell up! Dr. Joseph Mercola is one such person along with our fine friend bringing us this terrific blog “The Most Revolutionary Act” which time and again presents the real issues as they really are!

Yesterday I reblogged “RFK, Jr. to President Biden: No. 1 Driver of Vaccine Hesitancy Is Mistrust of Regulators” via my blog https://lawrencemorra.com/2021/03/17/rfk-jr-to-president-biden-no-1-driver-of-vaccine-hesitancy-is-mistrust-of-regulators/ with one point or person in mind about the driving force behind the Plandemic and the “vaccine push;” “the fact that the pushed vaccine without many years of trials and fine-tuned science, not just science in a hurry which is “mechanical technocrat bullshit,” was exactly what I had said for quite some time about the despots behind this madness and our politics presently where it’s not the science being followed but it’s the old “follow the money!”

I just want to quote what I see as a few of the most confirming of this truth remarks provided in this fine article to again highlight this man-made calamity in the making which is the most unprecedented of all time to me!

“…a segment of the Plandemic documentary, reviews the personal and professional background of the Microsoft mogul, Bill Gates. Contrary to popular myth, many see Gates as more of an opportunist than a genius inventor,” I add he’s also a sociopathic madman not just a greedy SOB!

“…a reputation as a “ruthless tech monopolizer,”

“Gates has ended up in a position where he monopolizes or wields disproportionate influence over not only the tech industry,”

“he’s tied to online fact checker organizations that strangle free speech, and recently told “60 Minutes” that to combat mistrust in science, we need to find ways to “slow down the crazy stuff.”

“And, like a true philanthrocapitalist, Gates’ generosity ends up benefiting himself most of all.”

“As Gates himself reveals in the featured video, he figured out that vaccines are phenomenal profit makers, saying they’re the best investment he’s ever made, with more than a 20-to-1 return.”@ Dr. Joseph Mercola

Come on, I mean like hell; this dude could be the damned antichrist for real! I never liked anything about Bill Gates, and I even felt revulsion when listening to him speaking on one program or another; something has always looked totally wrong about him over the decades to me! Now it’s like my hidden nightmare all these years is coming true about this despot devil!

It appears for sure that the more things change the more they stay the same in human endeavor; and we know who rules this realm, the Master of all Lies! We are now witnesses to some of the lowest forms of human beings running the show as it were which can’t end well!  The human race is running hog wild to the precipice with the added push of rocket engines now!

Don’t forget all those Nukes ready to rock and roll any time!  See how so many Democrats have no qualms about destroying individuals perceived as enemies or even their own Nation; so these same madmen and women at the right timing will say screw it all to hell! Why wouldn’t they? I don’t see the makings of a saint in the whole damned lot! All kinds of insanity and evil; making for Armageddon!

And look what we have as the “Commander in Chief” in the White House; if this isn’t the makings of the worst nightmare I’ve ever had or concocted in my wildest imagination, then my name must be, “Daffy Duck!”
Lawrence Morra III 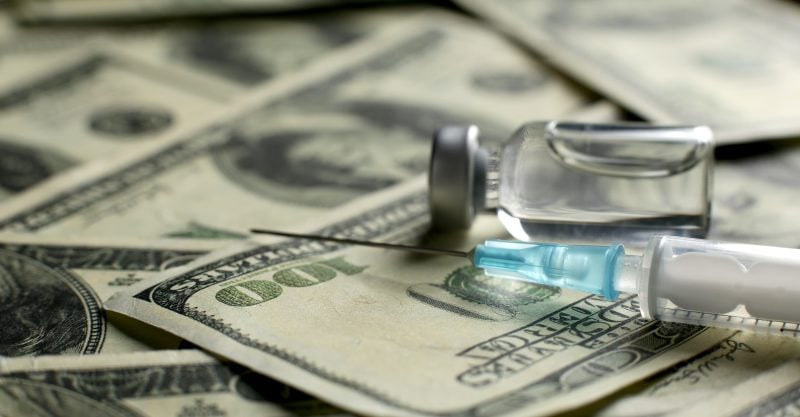 “Bill Gates — What You Were Not Told,” reviews the personal and professional background of the Microsoft mogul, including a statement revealing his real motive for investing in vaccines — their 20 – 1 return on investment.