Hi Jeanne! Here is my latest response as a reblog to keep the good information going!

I unequivocally agree with your assessment and truthful statement! Jeanne this has to be a colossal evil conspiracy most likely revolving around enormous amounts of money but something else is going on that I know is diabolical for sure! Let’s face it just prior to World War II in Germany so much was happening quickly that allowed one of the most diabolical persons to come to absolute power and many followed the plan in Lock-Step as we know from the horrible history that brings tears to my eyes!

What a sad world and so wrong when it doesn’t have to be this way! A doctor I had seen a few times in recent years in these parts was known for being straight forward and real. Recently I heard from a sister of mine that the State pulled his medical license for treating some patients with hydroxychloroquine and ivermectin along with vitamin natural remedies the old fashioned right way as far as I’m concerned, but because he isn’t promoting Big Pharma and the agenda the politics ate him alive; and he was a well know good doctor that many people from all walks of life used for their care. Some big country farming families too that I know, some are elderly near 100 years old that still work on the farm and see this doctor or did until these wicked bureaucrats did this! And none ever had any complaint about him, being very healthy strong people! The biased officials don’t think about who can these elderly folks go see now to get the same care they have all their long lives! Some Establishment physicians and medical personnel called him a quack I think because they are!

Common sense tells us that many of the “tried and tested” old ways worked fine; like anyone that is very vulnerable should be isolated during an outbreak but the general population should carry on with good hygiene and manners! The world has really gone a bit mad! But more worrisome is the fact that there are some very evil people in positions of authority and power! As one of your readers correctly mentioned the ruling class are doing horrible things!
Take care and God bless! 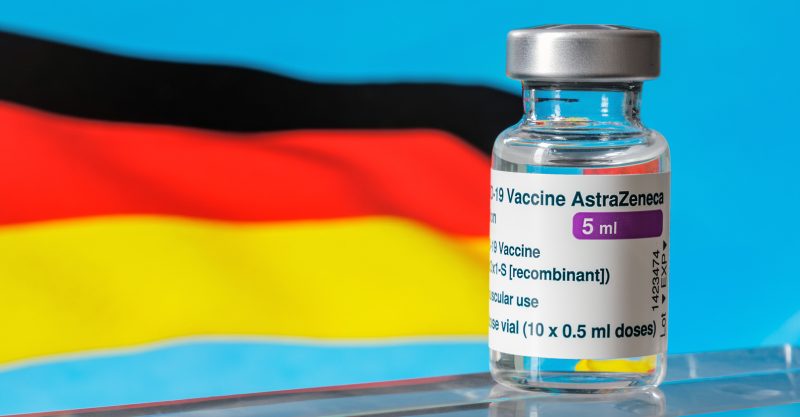 German health officials today suspended use of AstraZeneca’s COVID vaccine for people under 60 as a “precautionary measure,” stating that people needed to “treat it carefully and wait for the talks taking place at the federal level.”

Authorities in Munich and Berlin today suspended the use of AstraZeneca’s COVID vaccine for those under 60 after Germany’s vaccine regulator reported 31 cases of a rare brain blood clot, nine of which resulted in deaths, ABC News reported.

All but two of the cases involved women 20 to 63 years old, according to the Paul Ehrlich Institute.

The decision was made as a precaution ahead of a meeting scheduled for later today with representatives from all of Germany’s 16 states, said Berlin’s top health official, Dilek Kalayci, who also said further recommendations are expected to be made by national medical regulators.

Kalayci said the suspension of AstraZeneca…

One thought on “Germany Hits Pause Again on AstraZeneca After 31 Reports of Rare Blood Clots, 9 Death”