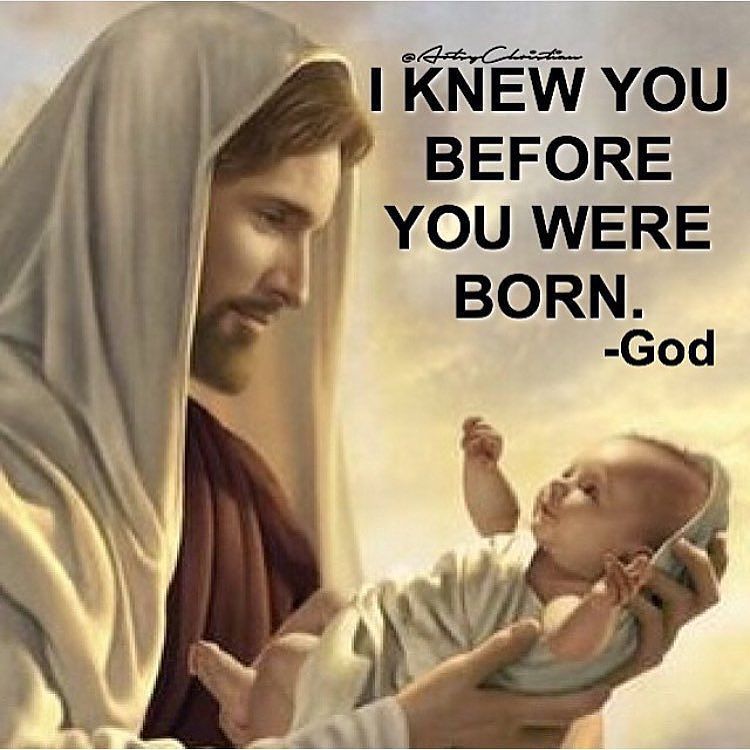 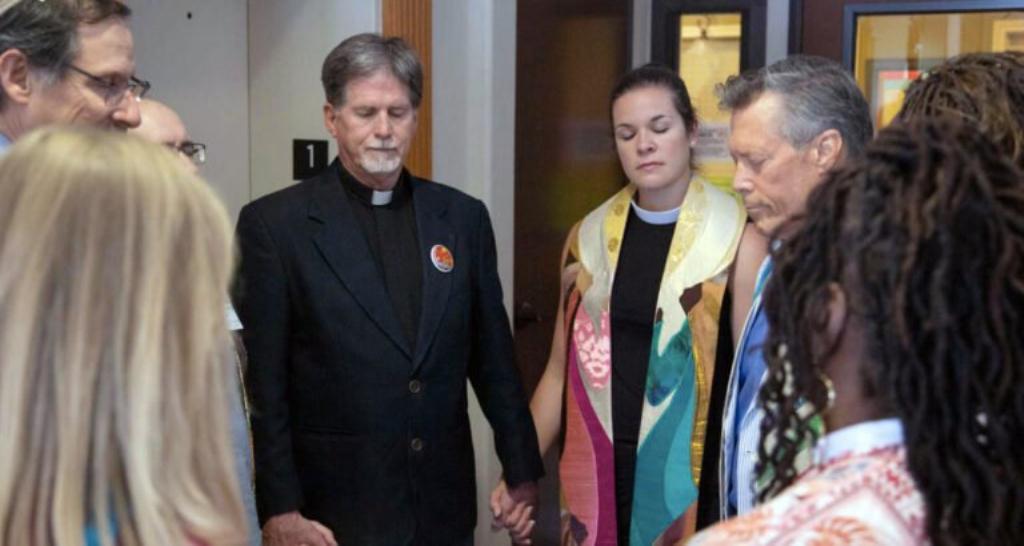 For sharing informational purposes only on this platform.

These are not Christians abiding in the Word of our Lord and Savior Jesus Christ!  They have turned away from God and accept Satan who is fully for Death, especially the most vulnerable and innocent life in the mother’s womb and the evil one desires that more human babies be murdered as a sacrifice to him and his evil hatred of God and all that is good! Abortion is an Abomination to God and the Massacre of the Innocent!

I don’t know where these so called Christians took a wrong turn or perhaps never really were followers of Jesus Christ; but I don’t want to know and shouldn’t care because it is now a foregone conclusion that they have delivered their souls into the clutches of Satan for eternity!  These are the literal “Wolves in Sheep’s Clothing” and are damned to hell.

Here in this scripture Jesus is speaking about all children but oh but need not ponder at all as to how much would these words apply to those that individuals that murder slumbering innocence; a child of God’s in the mother’s womb!

“5And whoever welcomes a little child like this in My name welcomes Me. 6But if anyone causes one of these little ones who believe in Me to stumble, it would be better for him to have a large millstone hung around his neck and to be drowned in the depths of the sea. 7Woe to the world for the causes of sin. These stumbling blocks must come, but woe to the man through whom they come!”… Matthew 18:6 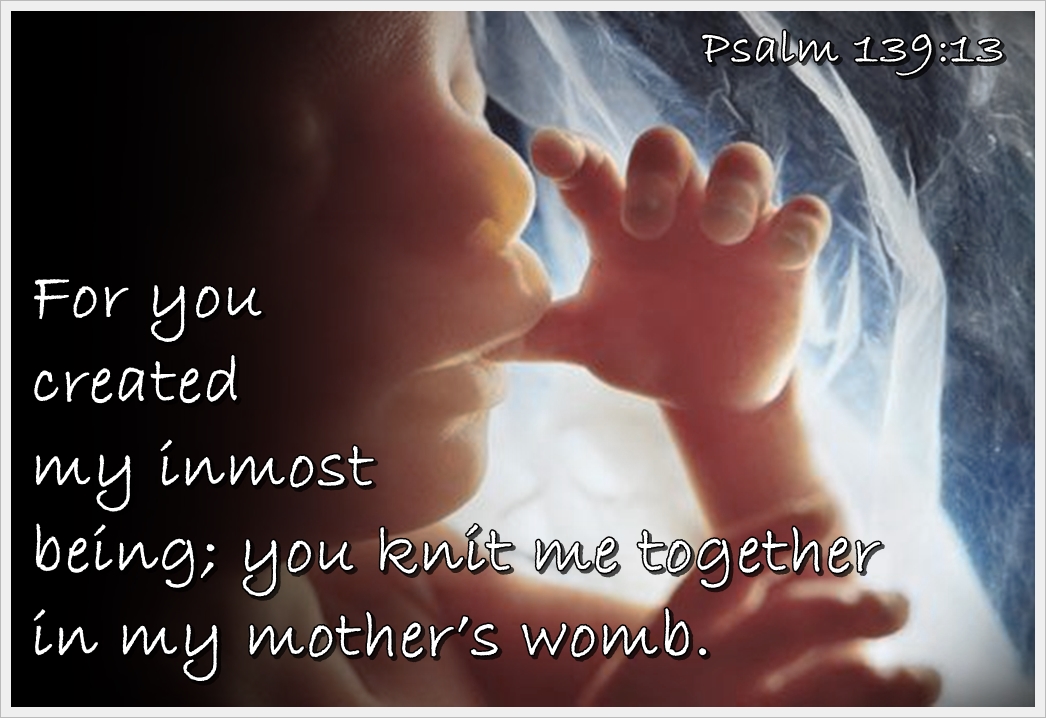 God bless all the Unborn and help your faithful Lord to continue fighting the good fight stopping the slaughter of innocent human life!  I ask this in the name of you Lord and Savior Jesus Christ.  Amen.

Pro-abortion groups in Texas are trying to raise up activists in an unlikely venue: churches.

Support for the killing of unborn babies in abortions never has been strong, and prominent pro-abortion groups have expressed concerns about apathy among their supporters. Meanwhile, the pro-life movement remains strong and active, with new pregnancy resource centers and maternity homes opening across the country and a record number of pro-life laws passing in the states, student pro-life groups in hundreds of high schools and colleges and sidewalk counselors offering prayers and support outside abortion facilities everywhere.

To thwart these life-saving efforts, the Texas Freedom Network is recruiting churches to join the pro-abortion movement, the Religion News Service reports.

And it is doing so by trying to drum up fears about the new Texas heartbeat law, which goes into effect Sept. 1. The law prohibits abortions once an unborn baby’s heartbeat is detectable, about six weeks of pregnancy, and has the potential to save tens of thousands of babies’ lives every year.

So far, the new Reproductive Freedom Congregations project has 25 churches signed up — mostly Unitarian along with a few Presbyterian churches and one Baptist congregation, the University Baptist Church in Austin, according to the report.

To participate, the churches must go through a training program that teaches pastors how to advocate for “reproductive health care,” including abortion on demand, and speak about it in their sermons, the report continued.

The churches also must promise to “trust and respect women” and agree that abortion (the intentionally, unnecessary killing of an unborn baby) is a “moral and social good,” the Rev. Erika Forbes, outreach and faith manager for the new project, told RNS.

Forbes said they have about 70 more churches going through the process of becoming Reproductive Freedom Congregations in Texas.

“We need, right now more than ever, churches to come out of the shadows,” Forbes said. “Even though we know that statistically speaking, church membership is down, data show that people go to their church or look to the church of their childhood upbringing to help them frame their moral decisions.”

Perhaps unsurprisingly, one of the churches helping to lead the project, First Unitarian Church of Dallas, is where former Planned Parenthood CEO Cecile Richards attended growing up.

The Rev. Daniel Kanter, the current pastor of the congregation, spoke with pride about his church’s long history of abortion advocacy as well as his hopes for the new project.

“My hope is that this designation is an invitation to a deeper conversation within the congregation whatever they decide,” Kanter told the news outlet. “… Part of being a person of faith is trusting that God made us in human form to procreate and to love in many different ways. That everything we have is holy.”

But Christianity teaches that the destruction of innocent human lives is the opposite of holy: It is evil. Christians believe that every human being is valuable, from the moment they come into existence at conception, because they are created in the image of God, and killing an innocent human being is a sin. Christians also are called to defend and care for the most vulnerable in society. The pro-life movement is diverse, but many pro-life advocates are Christians because of their faith.

Abortion kills more innocent human beings than any other cause. In the U.S., nearly 1 million unborn babies are aborted every year and about 63 million have been killed since Roe v. Wade in 1973. In Texas and all across the U.S., pro-lifers are working to end abortions by supporting families in need and restoring legal rights and protections to babies in the womb.