Brother in Christ Jesus, I find again that we are on the same page with regard to the current unfolding world events and how it all fits to the letter the prophecies of the Holy Scriptures!

I’m going to repeat what I already said earlier in my comment to you with a couple of added links as well to articles I wrote that dovetail remarkably well with what are the most profound and telling signs of God’s Truth being revealed around the world, and what will be as I said earlier in these words undeniable.

Here you say what I see before my own eyes and the Pandora’s Box has been opened, or actually the “Gates of Hell” have been thrown wide open and the beginning of all tribulation is upon us as the fury of demonic forces are seeping into many lives and circumstances to take possession of humanity and devour it whole!

Nightmares beyond imagination are coming, this is the explosion from the resulting pressure cooker that was built by men who tossed God aside and even spit in His eye; they the Devil’s own! God’s Wrath is Coming on Soon!
God bless you! 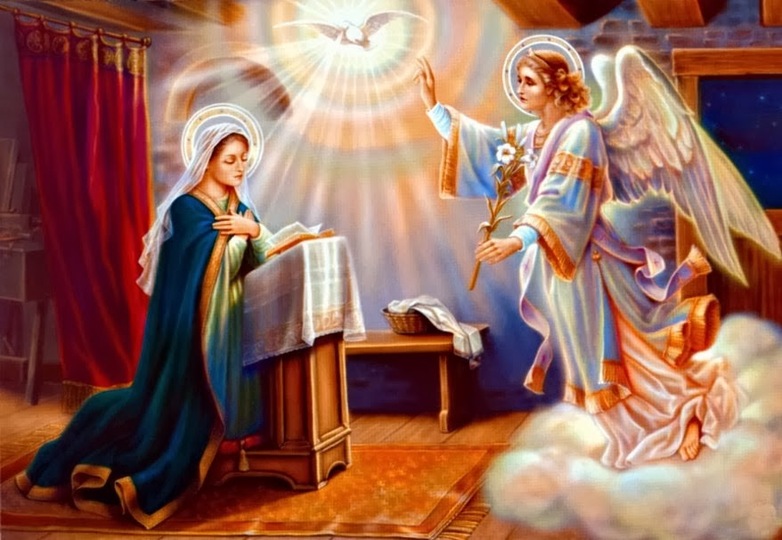 There is a bit of confusion in some of the points you lay out or make about God being Holy or His Holy Spirit and nothing else!  First Jesus Christ was born in the flesh from the womb of Mary to become a living flesh man like us but perfect and Holy, Mary is now referred to correctly as Holy Mary Mother of God; a baby can understand that!  The Angel Gabriel visited Mary saying she is blessed among all women!  In order for Mary to carry the Son of God our Father in heaven and for Jesus Christ the Savior, the Sacrificial Lamb of God to be born in the flesh, she had to be “Holy” or in other words “Consecrated” “Chosen” out of all women which did make her “Holy;” just like when Moses stood upon “Hallowed Ground” to receive the “Ten Commandments” the fundamental building blocks of “Christianity and the Church” on earth as Moses had to be in the “Presence of God’s Holy Spirit” speaking directly to him; so he was in the presence of “God Almighty!”

Each bona fide Catholic Mass if performed in the prescribed manner by an “ordained priest” is the “consecrating of the “Holy Eucharist” the “Body and Blood of Christ” making “God’s Holy Spirit” present in that “Holy Blessed Sacrament!” The power of God far exceeds your man given notion of how “God does work in mysterious ways!”  Peter who “Jesus himself instructed to Build His Church upon “This Rock,” “Jesus” and in So doing taking “His place as the Minister of the Faith that Jesus Himself had been doing upon the disciples and Faithful,” the “Holy Earthly Ministering Worship Responsibility” that Jesus carried while in the Flesh on earth “from the Father” by means of the “Holy Spirit” was handed to “His chosen Saint Disciple Peter” making him the first Pontiff or “Vicar of Christ” and that is a fact if anyone is a Christian and understands!

Saint John Paul II was a great example of a Pope and was a truly precious “Blessed Holy Man” and you will not convince me otherwise till hell freeze over; what authority are you basing your interpretations of Scriptures that puts you or anyone above a Saint; that chalice could only be passed on by Jesus while in the flesh on earth as a physical act?

The Whore is not the Vatican, it is in fact America, and that was just proven when the “Whore Representative of America Corrupted House” went to the Vatican to “unite the earthly power of America” with the “highest earthly moral authority” of the now infiltrated and corrupted Vatican just like America’s seat of power “the swamp” is so corrupted, which is the plan to seduce the world and usher in the antichrist! The current Pope is a False Prophet and that is all in the Scriptures, for anyone who truly wants to and is discerning the “Truth of God the Father.”

We’re not talking about some rinky-dink backwoods church in East Whateverville which yea, might be a joke if they were attempting to say they are the highest earthly moral authority on Earth for God the Father!

Some people are very confused and they need to see the Truth of the Father sooner rather than later! Time is a wasting! Amen.

Daniel 7 is The Four Beasts Prophecy and the 3.5 times is found in Dan. 7:25. The entire chapter is an outline of world history from the Kingdom of Babylon to the return of Christ as King of Kings and the establishment of the Kingdom of God on Earth. This period began with the Babylonian Empire, and then comes to the present and the very near future. The four beasts represent the same world empires as the great image in King Nebuchadnezzar’s dream. (Dan. 2) The four World Empires were the Babylonian (606-539 BC), Medo-Persian (539-333 BC), Grecian (333-168 BC) and the Roman (168 BC – 476 AD). Western Rome fell when the Gothic Vandals deposed Romulus Augustus as the emperor in 476 AD.

6 thoughts on “Who is the Harlot of Revelation 17?”