Originally posted on Spiritual Abuse Sanctuary:
Graphic! https://rumble.com/embed/vl38mh/?pub=4 This was bound to happen sooner or later. These are hard core men and women that have been seasoned by active duty and trained to fight for their country and the Constitution, unlike the parasites who sit in power doing nothing to foster the welfare of the…

“The Heart and Soul of American Patriotism”

This is Radio Free America talking to y’all from the Heart and Soul of American Patriotism!!!
Yea Signing On Here!!!
Y’all Hearing me 5-by-5  C’mon!

[Verse 1]
Some folks are born made to wave the flag
Ooh, they’re red, white and blue
And when the band plays “Hail to the Chief”
Ooh, they point the cannon at you, Lord

[Verse 2]
Some folks are born silver spoon in hand
Lord, don’t they help themselves, no
But when the taxman come’ to the door
Lord, the house lookin’ like a rummage sale, yeah

[Verse 3]
Yeah, some folks inherit star spangled eyes
Ooh, they send you down to war, Lord
And when you ask ’em, “How much should we give?”
Ooh, they only answer “More, more, more, more!”

In his memoir Fortunate Son: My Life, My Music, Fogerty wrote:

“Julie Nixon was dating David Eisenhower. You’d hear about the son of this senator or that congressman who was given a deferment from the military or a choice position in the military. They seemed privileged and whether they liked it or not, these people were symbolic in the sense that they weren’t being touched by what their parents were doing. They weren’t being affected like the rest of us.” 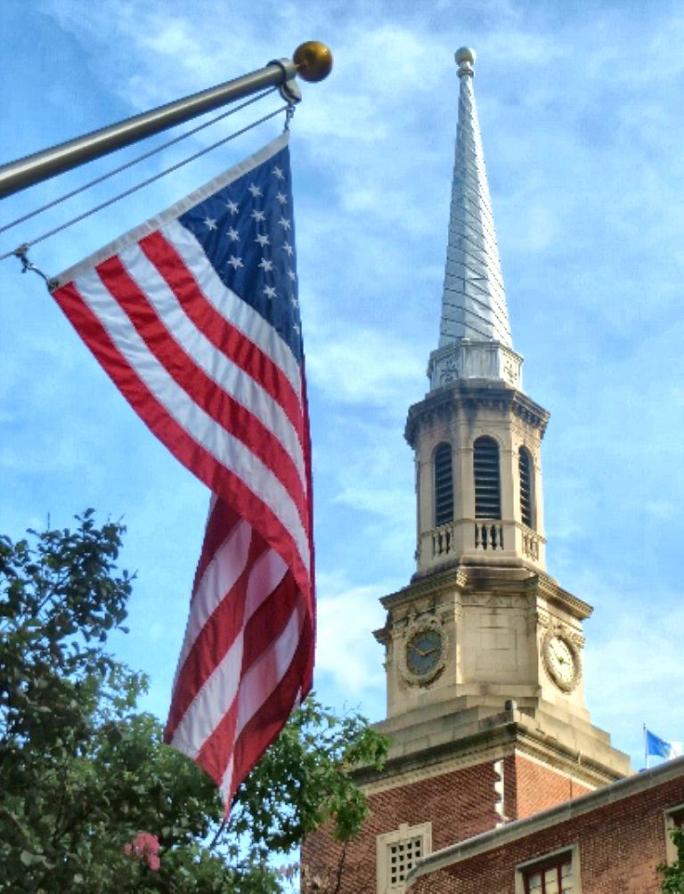 Signing off for now!

Just an added bonus here to consider; how in the Fogerty interview video, the matter of President Richard Nixon comes up and how there was a whole lot of flak flying around over his handling of the Vietnam War and then of course the accusation though never proven that he ordered the major political fiasco the bugging of the DNC headquarters and the subsequent Cover-Up!

“The Watergate scandal was a major political scandal in the United States involving the administration of U.S. President Richard Nixon from 1972 to 1974 that led to Nixon’s resignation. The scandal stemmed from the Nixon administration’s continual attempts to cover up its involvement in the June 17, 1972, break-in of the Democratic National Committee headquarters at the Washington, D.C. Watergate Office Building.”  https://en.wikipedia.org/wiki/Watergate_scandal

So ultimately out of that, this National dilemma, came President Nixon’s resignation and adamant statement due to some income tax issues as well as his other negative publicity; his now famous proclamation that “I’m Not a Crook!”

Well my consideration of this piece of history does indicate clearly to me that, yes you were a “Crook and a Liar” President Nixon; but, not unlike so many major or minor league politicians back then or today; with getting palms greased and back door deals or even sometimes other major covered-up nefarious deeds, of raking in the Moola; especially when looking at the totally shady Biden Family Cartel!

So these days Biden takes this to a whole new level that is “beyond imagination or belief;” as to “how can this be happening!”

We don’t have a duly elected President and regardless of that; with all of the massive messes or debacles he has already created which are totally atrocious, having been exponentially cumulative through his 50 years of being a “Political Insider Corrupt Politician” to the hilt!  So to compare Biden with Nixon there really can’t be a comparison made; its like “apples to grapes” or even a raisin to a Watermelon, and, with Biden; yes, “You Are a Crook, Liar and a Traitor!”  I’m confident in my Christian faith and love of Jesus Christ who died for all sinners; that He has a special plan for this man!

Hey Jive Ass; just how do you figure that cockamamie BS is going to fly with Jesus Christ on your Judgment Day Mr. “Pretend Catholic” who appropriated as stated here; “Biden’s $1.9 trillion COVID-19 relief package made $467.8 billion available for abortion and abortion businesses. By comparison, within President Obama’s first 100 days, he had signed a stimulus bill that included $24.7 billion in subsidies for employer-sponsored plans that cover abortion.”

“On his 100th day in office, it’s more than clear that President Biden has not only returned to the pro-abortion policies of the Obama administration, and is eliminating many of the Trump administration’s pro-life policies, but he has expanded abortion funding far beyond the level of any previous administration.” lifenews.com/2021/04/29/joe-biden-gives-abortion-industry-467-8-billion-19-times-more-money-than-obama/

19 times Obama’s record as the previous Abortion King; and let me remind Y’all, this sick not elected poor excuse for “anything” has no problem with “Full Term Day of Delivery Abortion!”

Ya! Jesus will be cool with that, is that how you see it Mr. C’mon Man?

This was bound to happen sooner or later. These are hard core men and women that have been seasoned by active duty and trained to fight for their country and the Constitution, unlike the parasites who sit in power doing nothing to foster the welfare of the United States citizenry that supports them. I’ve known for a long time that blood was going to flow in the streets. Pray for these, whom the Lord calls, “The Sons of Freedom” who are willing to fight and die to protect their children, family and Country from those who are making trouble with their laws. “Can a corrupt throne be allied with you— a throne that brings on misery by its decrees?” Psalm 94:20