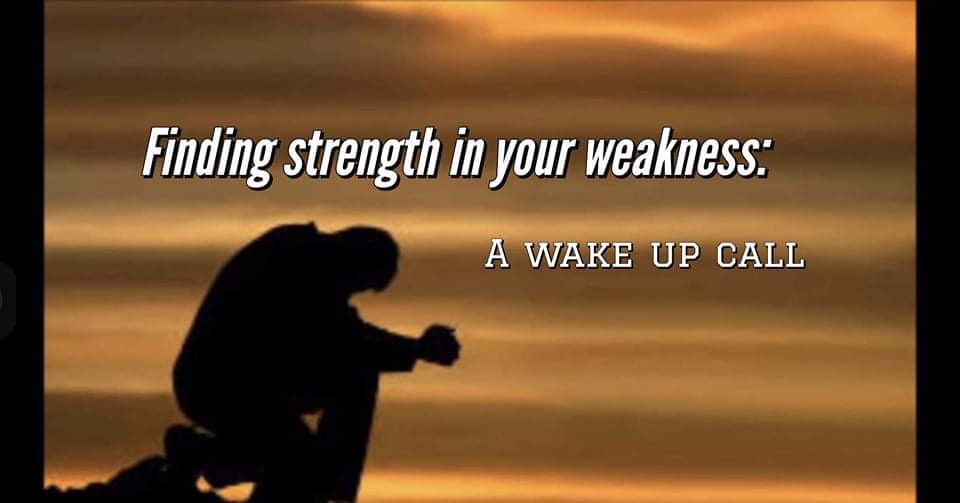 This commentary I quote spells it out as to how mesmerized, hypnotized and totally distracted most people are from God Almighty! Do they spend this same amount of time that they do on the internet worshiping God and doing His will not their own! Most do not!

“At this stage we can say, the evil system has taken its ground in your life already. From the start you’ve been glued to internet, this even grew intensely when locked downs implemented. This beast system control the very being within of all ages the more during this controversial pandemic. Making you forget doing the activities you love doing outside. A huge time consumed in the internet; surfing, gaming, watching, manipulating is a way for the beast to weaken the body system. It finds way to get one acquainted to their evil system of worldly wickedness of self-gratifications. This even made easier for them to introduce and program minds to their evil plans. WEAKNESS COMES WHEN YOU ALLOW THE EVIL TO DEVOUR YOU! WAKE UP!”

I wrote the following back in January 2020 when all of this global evil and mayhem was getting underway! Now my words that were inspired from God through His Holy Spirit can be quite evident to anyone who cares to seek God’s will!

What’s-Up with the Turncoats Party of Traitors!

Welcome to Socialist Communist America where if you’re rich or a celebrity and yes especially a Politician, and of course even if you’re an Illegal Invader who will vote Dem for life You too can have rights and justice served, if not you’re shit out of luck and you can head to Venezuela for all the Dem party cares!

Anyone that hasn’t noticed what the Dem party has been up to since Trump was elected has either been in a coma or is one of their inner-circle holding hands with the likes of Nancy Pelosi or Adam Schiff. Talk about corrupted politicians with no standards of ethics, principles, morals, integrity or even having a conscience; these people beat all comers hands down in that kind of down and dirty backstabbing politics! They are either completely alcoholic and in denial or perhaps even demonically influenced, most likely both; like in the old movie with Al Pacino, “The Devil’s Advocate,” because if you ever saw that movie you know what I mean when I say “the Devil gets his due” with those who screw around with power, and “absolute power does corrupt absolutely!”

I’ve seen my share in recent years of these nefarious political types right in my homegrown midst; crony corrupted unconscionable criminals that knocked me down and then kicked me in the teeth as they say! So, I told them all to prepare to face the music that God is preparing for them or to go to hell because for me to forget about it all now; is “a bridge too far!” You stab me in the heart and I will bring God’s wrath upon all the dirty rotten scoundrels!

FACES OF EVIL RIGHT IN THE SEAT OF GOVERNMENT POWER 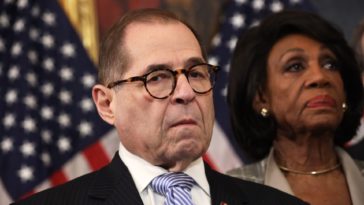 How come, I can say this you may ask, because these are prophesied times and they ignored that fact and I didn’t! I had to go through some harrowing and destructive processes because of them and their agenda that was right in my face! They weren’t going to adjust their fire or reduce any damage so they carried on with their nefarious plans tearing communities and people like me a new one! So like the old mob these new style political organized crime families just think they can go on pushing all the right buttons to get their way! God did allow certain sufferings to be heaped upon me, because when you want to be an instrument of God’s to serve His will and not the world’s; then you must walk through the fire and be tempered like steel into a sword of justice and faith! The changes are coming and if they wanted to wake up and perhaps make amends then they would have HOPE! But, as I see it lately they are not going to change until hell freezes over and it’s never going to do that, and I’m not backing down now; they can bank on that determination and God given right!

They may have violated my Civil, Constitutional, Human and God given rights but like dear Dad always told us growing up; “there are always consequences for doing the wrong thing to another person!” I figure these punks never learned that one or they got so drunk with power it went to their little soft heads and their brains turned to mush!

Get ready for CONSEQUENCES! 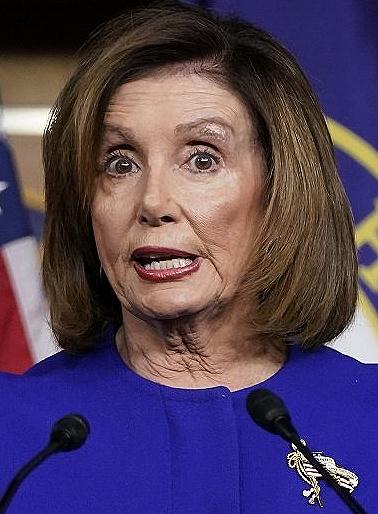 We see on the horizon already what our fine AG Barr and US Attorney Durham are bringing to the fore; and some big name politicians in Washington and in some homegrown locales are about to get a rude awakening!

Just remember you clowns, you had plenty of opportunity to make amends and I even offered to settle equitably, but no dice huh!

Here is what a connection of mine had to say who has lived in Europe and the US! 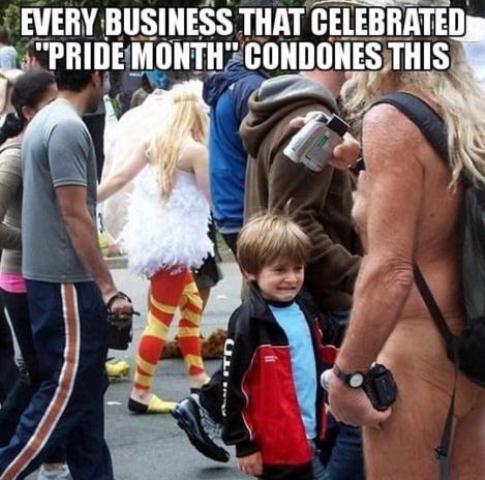 “The left is so miserable hate driven by fears of rejection, they derailed themselves into Oblivion. They will be in the history book as unstable, unhinged, liar’s, without a clue of what America is about. It’s not about prejudice , skin color , racism , they have supported , ANTIFA , removal of ICE , cop shootings , sanctuary cities and states , immorality , and the lying media . Accusations about Russia, Ukraine, Iran, and impeachment, and they haven’t been right on anything. The Democratic Party has gone on a campaign to remove law and order. They’ll never tell you the truth, and supported by the repetitive liars of the news. Stay true to your heritage, love your God, and his only begotten son Jesus Christ.”

Now today I also posted this reblog with extensive commentary which I was compelled to do; not for me in any way but for someone who needs to Wake Up! 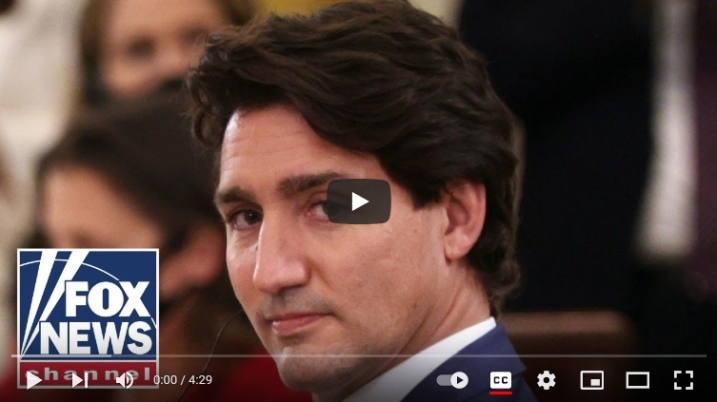 A movie made back in 1976 The Omen depicts the rise of the antichrist; That kind of evil I have seen in some people and it stares right out from Trudeau; not to say he is the antichrist but there are many persons in positions of power now that have that capability to be the actual antichrist! 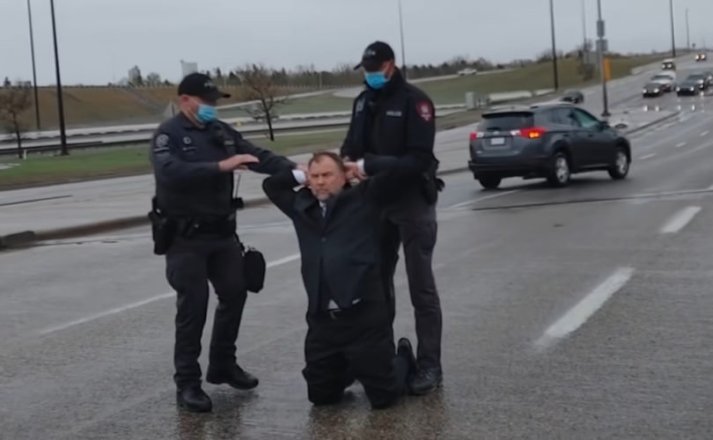 A Canadian Christian pastor forced to his  knees by Trudeau’s Nazi Goons!

In Ottawa the Goon Squads with automatic weapons in the ready against peaceful protestors; not like the scum during the summer of 2020 with BLM and Antifa burning cities to the ground and killing people for thrills! In the US and Canada! 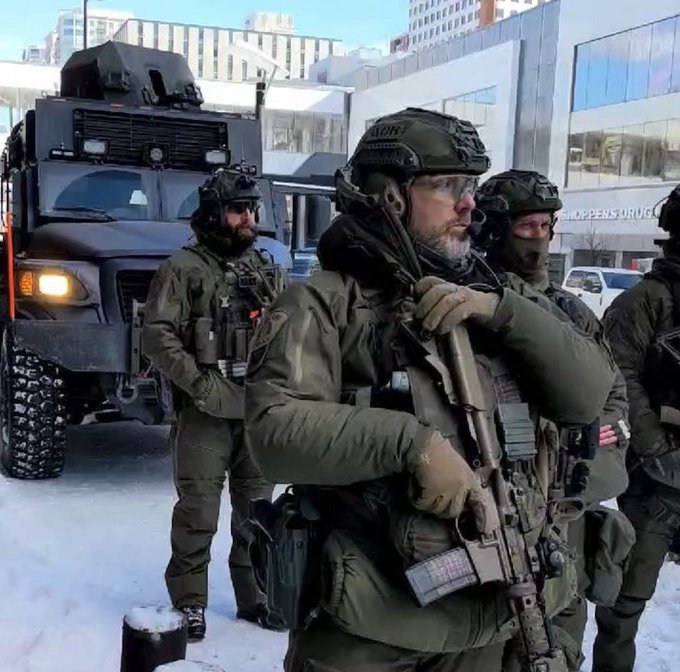 Honestly I can tell you that since this all began and I wrote those words back in January of 2020 and so many after that in countless postings up till now; do I see people have truly changed in the right way and enough after all that’s happened, you may think so, but, I see very little has changed and most are dancing around or skirting the issues, figuring that’s good enough, because once things get back to the way they were, then they can keep doing their thing! Not going to happen! We are on the absolute percipience and Christians along with many other innocent people are being martyred while all of the devils, the rotten scums; are getting away with murder! Judgment is coming on Fast and Hard! Amen.

Amended: I thought later how important this additional message is to all who care!

All I can say is, all of you faithful please keep praying to our Heavenly Father who is holding back from pouring out His wrath, but make no mistake about it the truth is upon us, we have enough proof my faithful friends; the winds of truth and justice are coming for them and all the other deceivers!

Stay in communion with the Holy Spirit by remaining faithfully vigilant in humble prayer and supplication for Him our Savior Jesus Christ, who loves us more than we can actually fully know and experience being outside of His glorious eternal kingdom; yet He made Himself one of us born of the virgin Mary His earthly mother, to prove without a doubt that we are here for one reason; which is that, through genuine humble faith on bent knee from the heart even if no larger than a mustard seed, that faith is the only other ingredient needed in our Father’s equation and plan for any of us to be united with Him in heaven for eternity.

And He said to them, “Because of the littleness of your faith; for truly I say to you, if you have faith the size of a mustard seed, you will say to this mountain, ‘Move from here to there,’ and it will move; and nothing will be impossible to you.” Matthew 17:20

So He was saying, “What is the kingdom of God like, and to what shall I compare it? It is like a mustard seed, which a man took and threw into his own garden; and it grew and became a tree, and THE BIRDS OF THE AIR NESTED IN ITS BRANCHES.” Luke 13:18-19

Now a days we could say that one has to be tough to keep on existing. So much has going on beyond your knowledge. Not comprehending the reality of life to your own emotional state. Trying to be hardy just to prove unaffected . This could even define more that the quality within is weakening. Haven’t you just be real before your Master? Could you lay all that matters in your heart and mind to Him?

This covid thing has brought huge turn around to all phases of your life. It’s unimaginable how people been change drastically! All seems secondary to your ultimate health concern. Was it because of fear or the fading of the strength within? Would you allow the circumstances around to weaken you? The enemy is figuring out your weaknesses to destroy you!

One thought on “Finding strength in your weakness : a wake up call!”