“God’s Church that Saint Peter Built and led just as Jesus Instructed him to do is not the problem; it’s the Diabolical that has infiltrated it to use God’s Church”

“In this photo he laughs for Satan”

The Gospel Light And Truth Crusade

“17Jesus replied, “Blessed are you, Simon son of Jonah! For this was not revealed to you by flesh and blood, but by My Father in heaven. 18And I tell you that you are Peter, and on this rock I will build My church, and the gates of Hades will not prevail against it. 19I will give you the keys of the kingdom of heaven. Whatever you bind on earth will be bound in heaven, and whatever you loose on earth will be loosed in heaven.” Matthew 16:17-19

Francis, Putin, Biden, Pelosi and many others hold hands with Satan!

This man is a complete FRAUD! He’s an abomination to Christianity and I have been a Catholic all my life!  This was not a Consecration of “RUSSIA” only; Our Lady didn’t bring God’s request for a World or Ukraine consecration!  Ukraine and the World were not the specific request made by Our Lady of the Church of her Son Christ Jesus!  They had everyone attending wearing masks as the Covid Cult Luciferians that they are, this video says He made mention of Russia, nothing like what was requested and needed! The request stated that Russia would spread her evil ways throughout the world which it has done decades ago; even Ukraine is a place of thieves and criminals that continually made deals with Biden’s son, along with Pelosi’s, Romney’s and countless other political figures or officials family members!

Therefore specifically as I’ve already said the consecration was supposed to happen many decades ago to avoid the spread of Russia’s evil government which is based on Lenin’s and Marx’s satanic interludes who they worshiped, throughout the world which didn’t happen, making the request invalid now; unless Our Lady appears and makes another formal request of some kind that is fully substantiated, but with the corruption of the church that is highly improbable of being able to happen, so the damage is too far gone now, and the world is poisoned with Marxist, Atheist Evil!  This Fraud pope is super tight with evil souls like Pelosi the Whore of the New Modern Age Babylon and Biden who is America’s Own Man of Perdition the most corrupted career politician in America’s history, performing like an Organized Crime Syndicate Racketeer for over 50 years while Pelosi’s family her dad included were in the Mafia!

Don’t make me puke with all of this horrible abominable lies and deception!  For all intents and purposes this was nothing but smoke and mirrors to deceive who it will!

Just as the United Nations is now under satanic forces so too is the Roman Catholic Church as this Fraud pope has put the final nail in the corruption coffin just like Biden and Pelosi have done with the United States of America one nation under God! You had better wake up if you haven’t yet to what is really happening and how quickly the antichrist will be upon the world to rule everyone with chips and complete slavery to the merciless Devil!

Pelosi and Biden have pushed for Full Term Day of Delivery Abortion like nobody before them and Biden in his first 100 days in office appropriated 468 $Billion for abortion making him the abortion king; these monsters with this Fraud pope will not escape God’s judgment even though they dupe millions of people daily! I say they are marked by the beast and Satan owns them! Why else do you think the MSM have all sold their souls to protect them all, these Marxist’s; instead of doing their job of true honest journalistic reporting for the public’s best interests!

God help all of his true and loving servants to withstand all of these wicked satanic people who are attempting to create hell on earth for the antichrist’s arrival!

Father in heaven protect the faithful and innocent of your flock here on earth sending all the powers of heaven sooner rather than later!  We so desperately need Michael the Archangel to bring his army of purely righteous angels to slay the beast and all of his cohorts with their earthly minions that seek to devour your flock!  Amen? 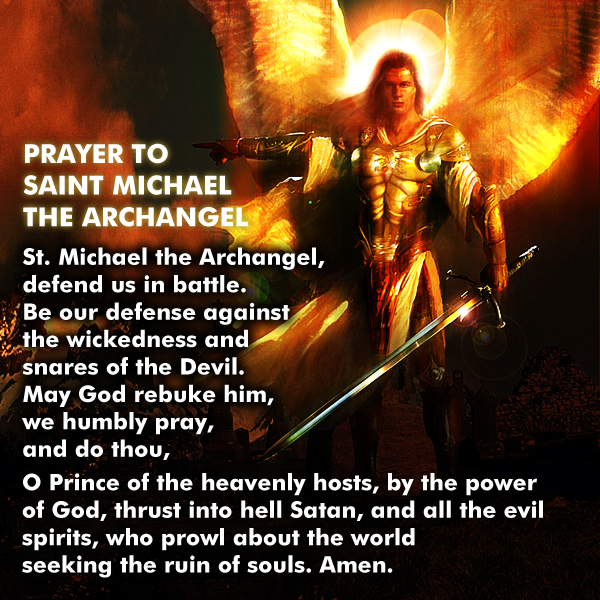 God forgive me for my sins in the precious name of Jesus, my Lord Savior and Redeemer! Amen.

Catholic Prophecy: “Russia Will March Upon All of Europe” | Catholic End Times