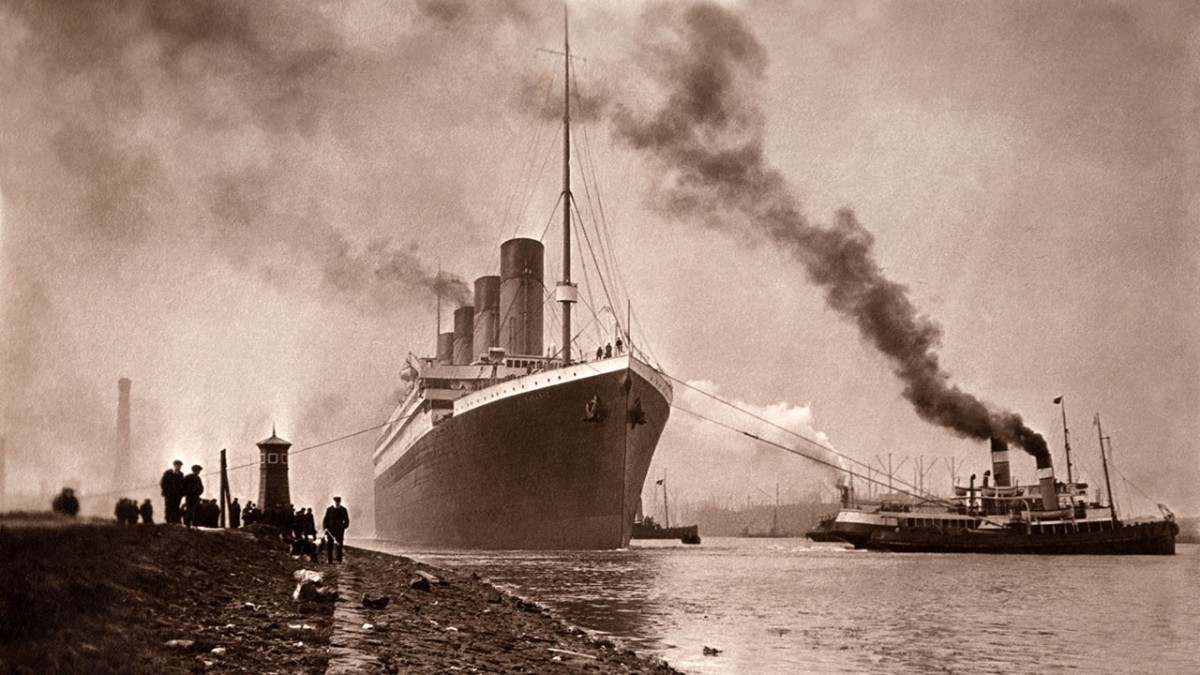 I have to admit I have a whole different view of the tragic sinking of the Titanic which has been a very set perception of the whole story from all the way back to my childhood when I watched a Hollywood version of the story on TV with my family. Over the years I had always been both sad and captivated or intrigued by the surrounding story of what led to its sinking, but then too the amazing possibility of eventually a salvage company or some nations navy deep sea submersibles reaching it somehow, to find what they could to give the whole story closure with some detailed facts. But I like my now reformulated perspective on the matter due to your excellent description of some very important events and persons associated with the story that is all brand new news to me; and as I see it now the most important information anyone should need about this story of what it all meant and why it had to happen!

Finding facts pales in comparison to the idea of an “Ocean of Mercy” for the faithful, from Jesus Christ! I had no idea about the priests and how they played into this massive story and loss of life that fateful day, and I agree nothing happens by coincidence; as even Albert Einstein is quoted as saying that “God doesn’t roll dice.” As a matter of fact to me there are so many now apparent facts that come to light just from this article that do reveal candidly that we must remember it’s all God’s plan, and we are all part of that enormous even unfathomable plan! But just a cue like the fact that Saint Faustina Kowalska lived a short life and passed on at 33 years of age which may very well be the age Jesus was when nailed to His cross of the “New and Everlasting Covenant” for our “Salvation” from all sin and corruption; the gift of “His Divine Mercy devotion an “Ocean” of mercy!” Scholars have said perhaps He was 33 or as much as 39, though I tend to be more convinced it was 33 for some personal reasons; but then especially by this association with Saint Faustina’s age at passing along with her added very important association and connection to Devine Mercy Sunday. And the fact that Saint Faustina is so directly part of what Jesus said about Divine Mercy Sunday, her being secretary and apostle of His Divine Mercy in this life and the next in heaven! This “Ocean of Mercy” that is readily available to all souls but especially poor sinners, this “Divine Refuge and Shelter” where a whole “Ocean of Graces” is poured out to souls that approach it!

Something beautiful and good did come out of something that was wrong and evil that apparently did cause a horrendous chain of events to unfold bringing so much calamity and loss to so many; but in the end it all fit God’s plan to a “T” making sure that many more souls were saved then and are now being saved because of His will being fulfilled by the humble servants that follow that will without question or hesitation, such as the three priests on the Titanic and then Saint Faustina as “Our Lord revealed His mission for her,” and then so specifically to “reveal to her the image that He wanted painted: a portrayal of His Heart depicting the flow of blood and water pouring from It to be venerated by man-kind.” The way I see these faithful, it’s as I think and envision their hearts are joining the precious heart of our Lord Jesus; fully submitting to the will of the Father. Amen.
God bless you.
Brother in Christ Jesus,
Lawrence Morra III

Open this link to  review the beautifully composed documentary story!