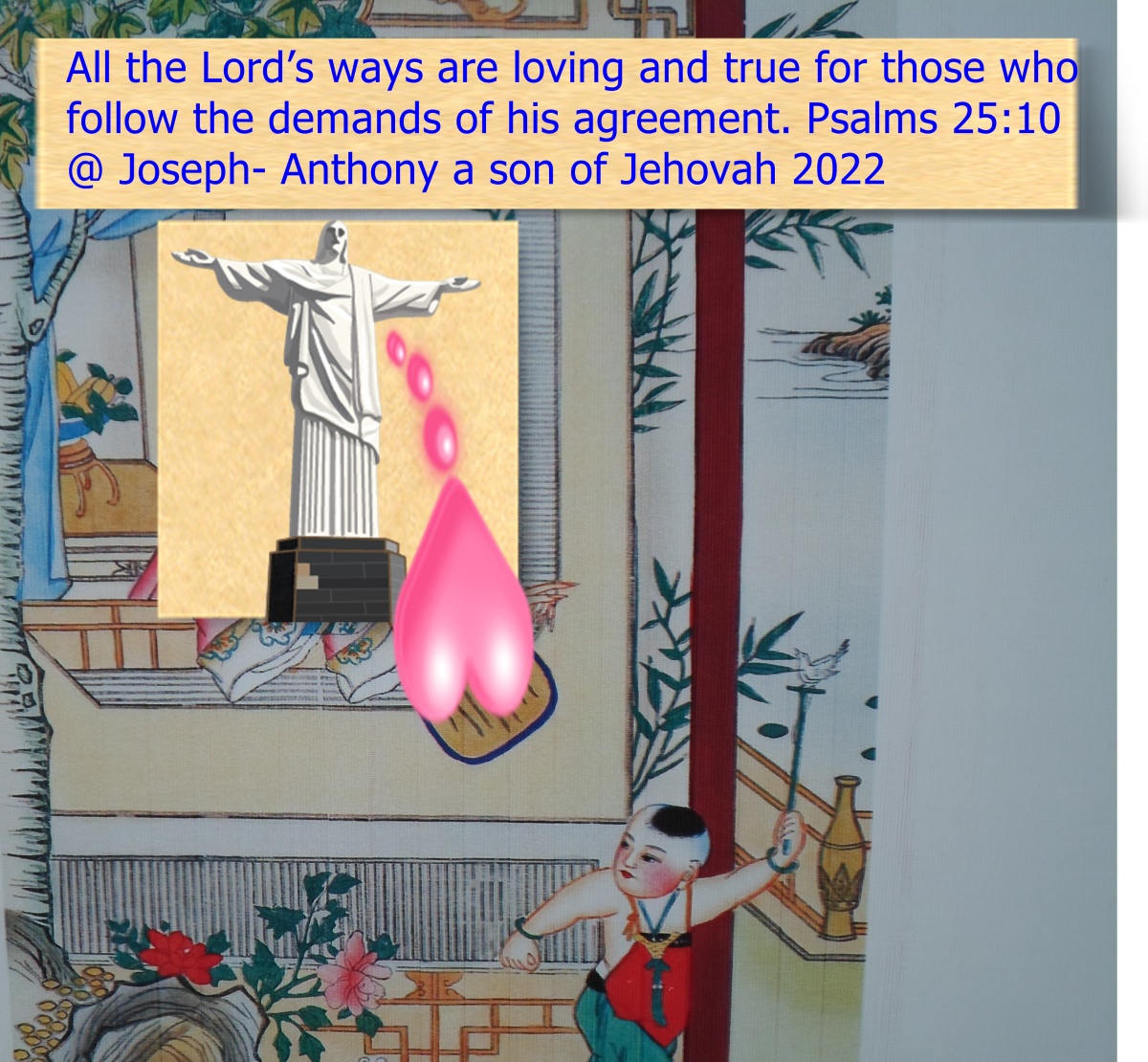 Yes Brother Joseph another fine and crucial lesson in these words you present for those that serve our Father in heaven and not this contrived, smoke and mirrors crooked ways of the world doomed materialistic trap for those who partake of its venom daily!

“They hate others because they blame them for their addictions rather than take responsibility for their own actions.”

Those words I quote point out the truth about many lost demented souls who with a vengeance commit the same sins daily on this internet being the best they can in serving Satan in their routine or habit of attacking God’s beloved children which they chose by free will not to be but rather through their selfish twisted denial of truth in order to deny their own transgressions that keep stacking up eventually burying them in filth and sin that will pull them down into the darkest pits of hell! Those are the truly damned and prefer darkness over light and have for so long that they don’t even see light but are only drawn to darkness having nothing but ill intent in their vicious cursed hearts!

“You have eyes and do not see and you have ears and you do not hear, neither do you remember.” Mark 8:18

“When we accept Christ as our Savior and King, He sends The Holy Spirit to burn off the bad attributes in our lives.”

So in the end those that will not allow those bad attributes to be burned off while here in the flesh, whilst they still have free will, eventually they find that all of those venomous wanton afflictions along with all of their accumulated sin shall be involuntarily burned for eternity in hell.

I quote again these words which are fair warning to anyone in need of reading them. “Do not act like the sinful people of the world. Let God change your life. First of all, let Him give you a new mind.” Romans 12:2 The Holy Bible The New Life Version

There are so many human beings on this internet that are severely infected in their minds and hearts living like the sinful people of the world as they try to deceive or have done so to themselves so deeply that they are delusional and totally lost! It’s such an easy at their fingertips addition of injecting venom or a tool of twisted pleasure where they can deposit their words as poison to cause whatever desired effect or damage their twisted heart seeks; almost like a drug fix they carry on day after day doing this same perverted ritual while they ride their own private rollercoaster to doom.

“For God so loved the world, that he gave his only Son, that whoever believes in him should not perish but have eternal life. For God did not send his Son into the world to condemn the world, but in order that the world might be saved through him. Whoever believes in him is not condemned, but whoever does not believe is condemned already, because he has not believed in the name of the only Son of God. And this is the judgment: the light has come into the world, and people loved the darkness rather than the light because their works were evil.” John 3:16-19 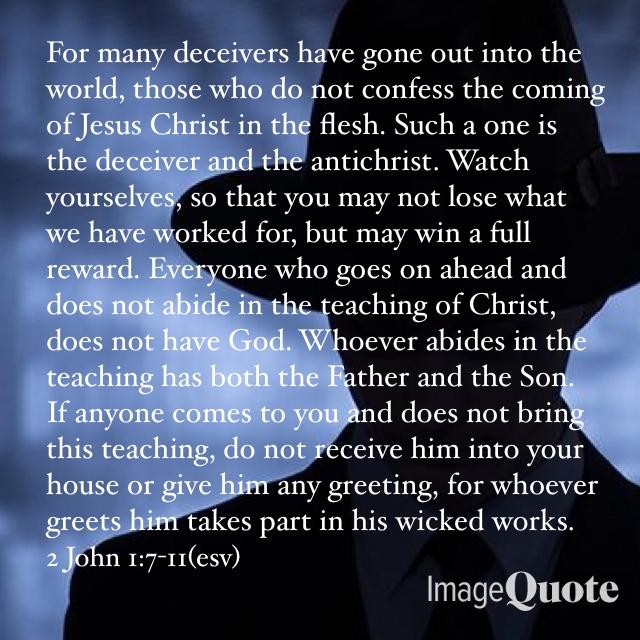 Several months ago I wrote this which I do see fits the message contained in this posting quite well.

When we walk in God’s grace for being true to His will not that of this crooked “Ways of the World” where so many people live for self-glory or adulation from others and thereby walk in deceit while they live a life of deception or fraud! But we who walk with Jesus Christ daily carrying our own crosses doing as he commanded his true disciples the children of God to do, in order that they actually do the Father’s will who is in heaven, thereby making us worthy; we are then and only then among His anointed!

“30And those He predestined, He also called; those He called, He also justified; those He justified, He also glorified. 31What then shall we say in response to these things? If God is for us, who can be against us? 32He who did not spare His own Son but gave Him up for us all, how will He not also, along with Him, freely give us all things?” Romans 8:30-32

“These people honor Me with their lips, but their hearts are far from Me. 9 They worship Me in vain; they teach as doctrine the precepts of men.” 10Jesus called the crowd to Him and said, “Listen and understand.” Matthew 15:8-9

To truly follow Christ means He has become everything to us.
And these are the things that “many of this lost vain and decadent narcissistic generation follow and worship!”

So many even internet groupies prefer to chase after sin and folly while they reject Jesus along with their only hope of Salvation; as they play the Devil’s ways of the world game. For some they are like the fool sitting at a slot machine all day pulling that lever, hooked and lost!

Romans 8:20 says that all creation was subjected to vanity because of God’s curse. When Adam sinned, God cursed all that He had made (Genesis 3:17–19). In other words, perfection was lost. All of creation is now falling short of its original purpose; rather than working in harmony with God and creation, inhabitants of the earth have turned on each other and against God. We still reel from the effects of that curse. Everything meant to be right side up is upside down. The chaos and insanity of the world as we know it are due to the fact that God has subjected creation to vanity until the time when it will be set free (Romans 8:21).

In the past we also were foolish. We did not obey, we were wrong, and we were slaves to many things our bodies wanted and enjoyed. We spent our lives doing evil and being jealous. People hated us, and we hated each other. Titus 3:3 The Holy Bible The New Century Testament

I have found most bad habits start out small but become second nature. Then our minds and bodies crave them like a thirsty man craves a cool drink of water. Many times the cravings become so strong our minds feel as if they are going to explode in a ball of fire. Our bodies feel as if they are on fire and we feel weak and sick. Yes, our minds and bodies wanted them and enjoyed them. When they were not appeased, they punished us with a living fiery living Hell.

When those who belong to Christ do…

One thought on “We Spent Our Lives Doing”