Strong message here Brother! “But doing so in such a manner that causes loss of property and life of other people who have nothing to do with protests is such a shitty mess.”

I agree with the right to protest, but in a sensible nondestructive and respectful considerate manner should be required; one would think automatically in a civilized society this would be the case! But the human race is getting less civilized exponentially now, which I know is a deliberate evil plan being orchestrated by the tyrants who are influenced by the Devil!

The root problem is too many people these days have NO respect for life or other people, as they are so over the top arrogant, selfish and quite frankly complete mental cases who need psychiatric intervention, because societies are being manipulated by the higher ups for massive political control agendas, to make slaves of the masses! So they formulate plans like teaching CRT or Wokeism taking steps or measures starting with grade school children that help to radicalize the common person or citizen as this Wokeism has now morphed into a cult that seeks to silence all of those that disagree; aka Antifa or BLM. At first, using social humiliation, but now graduating to violence through Antifa and Black Lives Matter riots; causing them to behave badly and this becomes a vicious cycle getting worse every year! We now live in a “Culture of Death” and that must be reversed or the “Real End” is fast approaching for human civilization!

I offer this excerpt from an essay I wrote last November that spoke to this growing massive problem!

What the hell has happened to people that they are this STUPID!!! They are Brainwashed Conditioned Imbeciles now; many of them! The kids are being molded into little Sponge Bob’s, nice little commie morons, with no sense of reality or what builds character and individualism; which does mean getting lumps in life and ya ass kicked sometimes! I got mine kicked worst ever later in life as I was beat down and injured physically, mentally and emotionally by rotten bums and all I was being was a good tax paying hard working citizen; but I got mine kicked by my very own government and system that I thought was a good one and watching out for us hard working decent citizens, but little did I know they work with the criminals, monsters and despots of the world behind closed doors and now even in the damn open!

Here is another long excerpt from an article that I republished which gets into the core of this dilemma as Bishop Athanasius Schneider warned of a growing “spirit of communism” in formerly free and Christian western nations. (LifeSiteNews)
October 29, 2021
This is the time on earth when the entire materialistic system driven by the small group of globalist rulers of the corrupted ways of the world system that we are warned throughout the Holy Scriptures is the material system that is ruled by the Prince of this world the father of all lies Satan who has for over a century now used men like Vladimir Lenin, Karl Marx, Josef Stalin, Pol Pot and now many others socialist minded atheistic leaders around the globe who are all cooperating with this idea of one world government and mother earth utopian religion which is all an abomination and blasphemy against God Almighty and a rejection outright of Jesus Christ our only path to Salvation and everlasting life in Heaven. These are all agents of the antichrist to come who are diligently working to enslave the entire human race with this now on the horizon totalitarian government control of our lives and minds to the point that we don’t even own our own bodies; this is the beginning of total earthly demonic possession of humanity; hell on earth that we must fight back against! We must resist and fight back with all we have through Jesus Christ our Lord and Redeemer and Savior! Amen.

The Bishop stated quite correctly I know because of his growing up in Russia and his fully understanding the dynamics at play here on a global scale!
https://lawrencemorradotcom.files.wordpress.com/2021/10/bishop-schneider-lsn-interview-810×500-1.jpg?w=695&h=429
Schneider told LifeSiteNews reporter Jim Hale that he grew up speaking German, but also spent time in Soviet schools as a youth, and thus he spoke Russian as well. Eventually the family made it to Germany together.
Hale asked the bishop if – given the rise of government restrictions, ostensibly due to COVID – he saw any parallels between what is happening in our part of the world today and what life was like under the Soviet Union.
Schneider said that he did believe there were parallels, even if things did not appear the same on the surface.
“The Soviet Union and other communist countries sought to reduce all … human existence to materialism, to the material aspects of the Earth,” Schneider explained.
“And this is ever more growing since decades in the western world. A culture of materialism… It’s [a] kind of new form of atheism, which is the other pillar of the communist system.”
The bishop believes that a “small group” of the “political elite” is controlling the citizens of the western world, largely through technological means. He voiced concerns about the lack of true property rights in North America and Europe today, by which he means especially the rights of an individual over his own body. Thu Oct 28, 2021 – 2:43 pm EDT
FRONT ROYAL, Virginia (LifeSiteNews) – In an exclusive interview with LifeSiteNews, Bishop Athanasius Schneider warned of a growing “spirit of communism” in formerly free and Christian western nations.

My overall point is the world is at war and this war is being orchestrated none other than by Satan who has many key influencers or tyrants say like those all tied into the World Economic Forum! 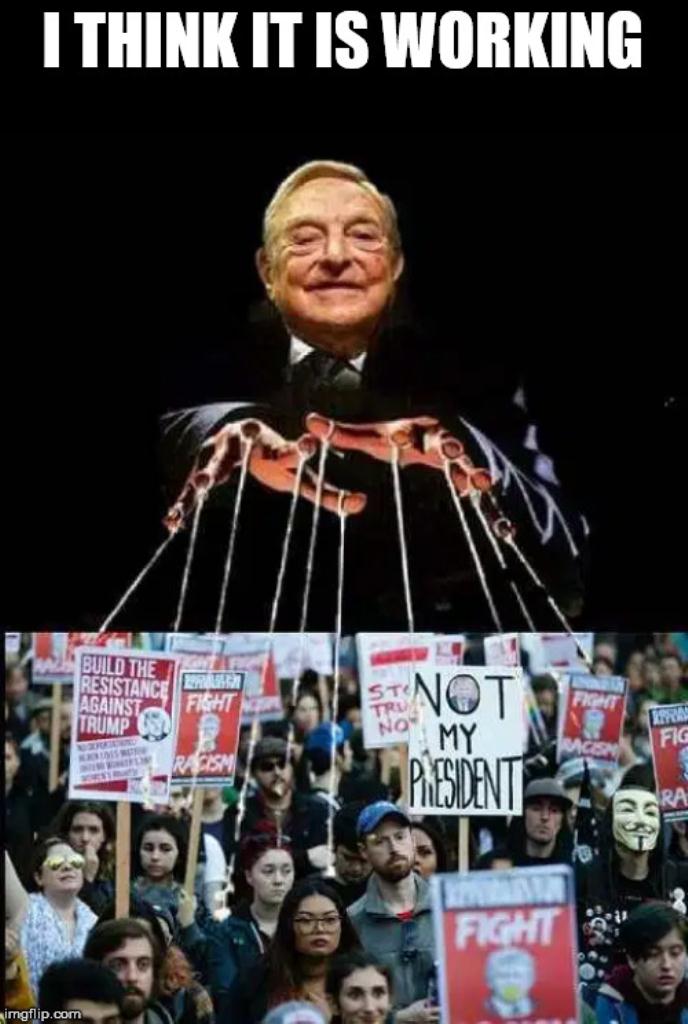 But one of the strongest examples of this derelict complete evil madness can be see all the way back to the agenda that Karl Marx propagated which I did lay out for consideration in another article that I provide a sample of here in this following excerpt!

“In 1999, Harvard University Press published The Black Book of Communism: Crimes, Terror, Repression, revealing a “tragedy of planetary dimensions.” It documented the untold atrocities of communism and all the people whose lives and livelihood were crushed by the dictatorship of the proletariat from Stalin’s gulag, to the Chinese Cultural Revolution, to the dictatorships of the proletariat established all over Eastern-Central Europe. Any serious reader of The Black Book of Communism would never buy into the evil of communism: the oppression, the culture of death, and the class struggle the system generated. One would expect that “the door to Utopia” of socialism and communism would have effectively closed for good.

But this did not happen: the idea of the socialist and communist utopia has made a comeback. In a recent book entitled The Devil and Karl Marx: Communism’s Long March of Death, Deception, and Infiltration, Dr. Paul Kengor, professor of political science at Grove City College and senior director and chief academic fellow at the college’s Institute for Faith and Freedom, provides a sophisticated and well-documented analysis of communism by going to the source: Karl Marx. Dr. Kengor recently corresponded about his book and the demonic forces at work in the life and thought of Marx.”
https://www.catholicworldreport.com/2020/09/01/atheist-racist-bigot-sexist-the-truth-about-the-devilish-karl-marx/

So here we can see what I’ve been saying is quite true and that the Devil himself if behind all of this deadly destruction of humanity around the globe as is clearly evident in this diabolical plan that began back with the infamous Karl Marx a real human devil and has been carried forward by subsequent devils to our current world in chaos by equally evil persons!

Science is our Home

People work their asses all their lives, save money, and invest it to buy things they worked their whole life for. And suddenly one day, a few guys, who have no conscience of what’s happening in the world, and without feeling guilty for their actions, get away with their crimes which have caused so much loss and suffering to normal people who had nothing to do with their business.

I have seen news stories about violence and protests for the last 5 years, and while this may seem normal, what makes me sad is that the right to protest has been normalized too much. Yes, people have the right to raise their voices and protest as much as they want to, but doing so in such a manner that causes loss of property and life of other people who have nothing to do with protests is such a shitty mess.

One thought on “The brain, train, and the loss”