The writing has been on the proverbial wall for several decades; but even our archenemy foe Communist China has boldly stated their short term and long term goals in conquering America and the world! 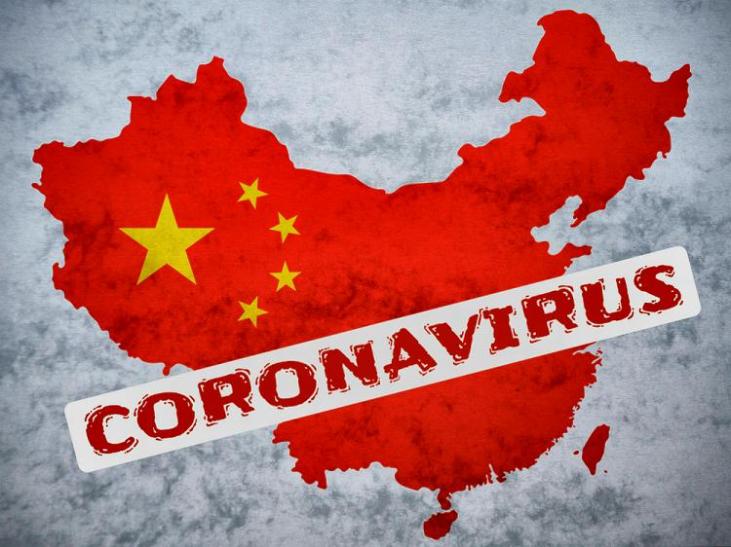 Back in 2001 General Chi Haotian stated China will conquer the United States with biological warfare, a virus! I’m not a prejudicial person or racist thinking man but I know it is a responsibility as a good Christian to discern as we must adhere to the concept to “know them by their fruits!” China has masses of people that annually celebrate the Yulin dog meat festival where they take dogs by the thousands being held alive in cargo nets piled on top of each other whaling in misery and fear as these 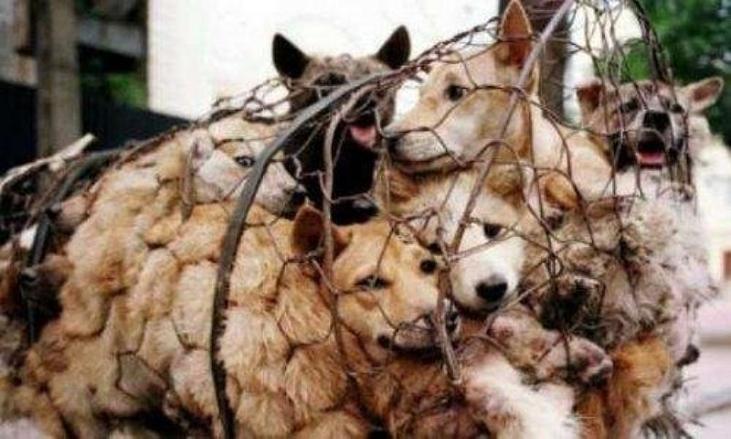 Chinese have an orgy of skinning them alive and then tossing them into boiling cauldrons for a few moments still alive, so that the fear producing cortisol and epinephrine produced as you know in the adrenal glands will be pumping through their blood streams vigorously making the meat as they falsely believe, to have powerful properties for those that eat it nearly uncooked! Any human beings that behave in such a way are subhuman in my view and diabolical for sure! Go figure they have an atheist totalitarian communist party calling all the shots there and their human rights track record is equally barbaric and evil whereby back in 2014 at last estimates they had killed off 1.2 million Tibetans! 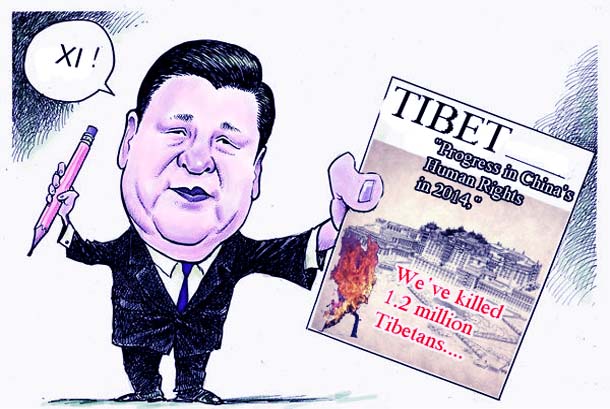 I know there are some very beautiful and good heartened Chinese but there are far too many of these insidious ones ruling that huge population of 2.2 billion easily propagating this savage mindset among multiple millions making them a very dangerous group of humans with many other bizarre beliefs and practices! And didn’t all Chinese in that insane evil empire allow even their own nation to be this way? I’m sorry if anyone thinks this is rude of me to see things this way, but, I see the reality and must gauge or in essence make a judgment call “knowing them by their fruits,” or as my mother would say “the proof is in the pudding.”

China under the current rule of its Communist Party leadership won’t ever become a nation with a government that follows ethical principles and displays moral standards that would afford peace on earth among nations. For some time they have expanded their dominance and control of the entire South China Sea within International waters, which has been leading to an eventual major conflict of unprecedented proportions not seen in that region of the world since the World War II era. Now the new conflict has begun in earnest as China joins with Russia and Iran to make their joint statement that they intend on ruling that region of the world with an iron fist not allowing free trade and commerce to continue unabated as it always has; not without their say so. This is a global strategic move to project the power and influence of these totalitarian regimes dominance in the world, which has always been the agenda of Communism and Islam; which is global dominance and control under one leadership which is either Atheist or antichrist as both ideologies state clearly that they are against freedom of religion and people in general; but most poignantly as not being in favor of the Judaeo-Christian God, Jesus Christ! These ungodly agents of doom I believe are motivated by Satan and now make their move to subdue or battle any and all comers. If they aren’t met with resistance the choke-hold they will exert and establish in the South China Sea will only be the first blow to global stability, as part of their strategic military plan, and, they will not stop with that one action! As of late we’ve already seen Iran setting up a similar choke-hold strategy in the Persian Gulf to restrict commerce and the shipping of oil. Unfortunately for all concerned World War III has begun in earnest. 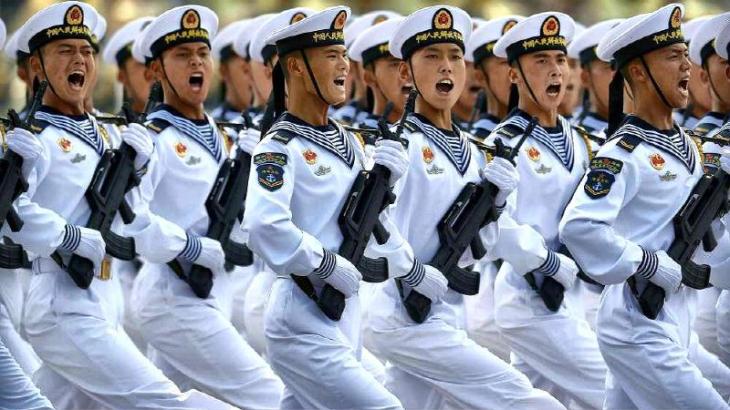 Look at the photograph of the elite Chinese Military and see the faces not of decent human beings that are trained professionals always prepared to defend their nation but instead you see demonic influenced blood thirsty insane killers which is all so academic to me because the writing has been on the wall for a long time and many signs have appeared regularly to see the Truth! There is going to be hell to pay and the big massive war is already in the works!

Make no mistake about it, Russia, China and Islam the fake religion political ideology and even having the label the Nation of Islam; all three are taking their marching orders from the same source which is the fiery pit of hell. They are all atheist sadistic antichrist minions.

It seems that the modern Christian Church is infatuated with numbers. “How can someone with so many followers and so many book sales be wrong?” It’s because of ‘itchy ears’, especially in these end times that Scriptures warn us of.

Take a look on the horizon. Persecution is just around the corner for those who hold onto what the Bible truly teaches. Those with twisted liberal views will be pointing the finger at those who stand true with what the Word of God rightfully says and they will declare us ‘intolerant’. At that point we will become a threat to society and labeled ‘terrorists’.

But you, beloved, building yourselves up on your most holy faith, praying in the Holy Spirit, keep yourselves in the love of God, looking for the mercy of our Lord Jesus Christ unto eternal life. And on some have compassion, making a distinction; but others save with fear, pulling them out of the fire, hating even the garment defiled by the flesh. (Jude 1:20-23 NKJV)

One prominent pastor presents the view that when Paul denounced homosexuality in Romans 1, he was referring only to those who were established heterosexuals that would turn to homosexuality rather than established homosexuals. This makes it OK for Gays to continue with their lifestyle. This pastor forgets that Jesus Himself (Matthew 19:4-6) continued to cement the command found in Genesis that only a man and a woman are to be joined together sexually and that is only after marriage.

It does not take someone very long, who has Holy Spirit discernment, to determine whether or not a Bible teacher should be listened to or not. Just scratching the surface on one, I found something he wrote on Christians suffering for Christ. He explained how if he has a sore throat or fever while preparing a sermon that he is suffering for Christ. First of all, we live in a fallen world where both Christians and non-Christians get sick. Secondly, there is nothing outside of normal duties (see Luke 17:7-10) of a pastor to prepare a sermon. Thirdly, it is a mockery to compare yourself to someone who takes a stand for Christ and suffers loss, or is physically tortured or killed because of it (see Hebrews 11:35-38).

In a June 2021 interview, whistleblower Dr. Li Meng Yan, a physician and virologist who worked at the University of Hong Kong School of Public Health, a top coronavirus research…