What happened to Common Decency and Common Sense?

Did being politically correct morph into the majority must bend over backwards to every ridiculous assertion or belly ache of the left? What gives those on the left or any group the right to dictate standards of behavior or normalcy, especially under threat of legal action or worse; that was and had been established over the ages as tried and tested basically as a foregone conclusion? Now in the modern high tech age with groups like the ACLU and Southern Poverty Law Center extreme leftist and even communist catering organizations in a figurative manner of speaking, put a gun to our collective heads and say we will sue you and take you to the Supreme Court if you don’t accept our demands; like how they removed prayer from schools, to now don’t even bring a Bible to read during your recess! But BLM manifesto is highly encouraged along with Harry Potter and anything pagan or about wiccan witchery; by all means let the little children fill their heads with wicked ideas, or at least let them be confused and lost; that is their Devil given right!

People are such fools and weak kneed and minded today, and won’t even come to the rescue of children from the hands of progressive socialist school boards while Pride Month and Parades are celebrated right out in public and in schools allowing and encouraging children to be exposed to the freakiest people on the planet, who are put on pedestals for being extreme; like the former Olympic Gold Medalist Bruce Jenner who changed his sex and now is Kaitlyn and thinks it’s his turn to be governor of California, as if that State isn’t on the path to destruction already! And like so many of these far leftist fringe freaks doing their thing like this Kaitlyn, while getting so much attention doing it, and being put on “higher pedestals;” the more provocative the better, all to promulgate the wicked Agenda! This is all work of the Devil, and I say things the way they are, and people don’t like that tune me out; I’m not going to stop calling out what’s going on the way I see it, through my faith in Jesus Christ, while utilizing what common sense along with my wisdom tells me plainly is right or wrong; I have a conscience that God gave me! 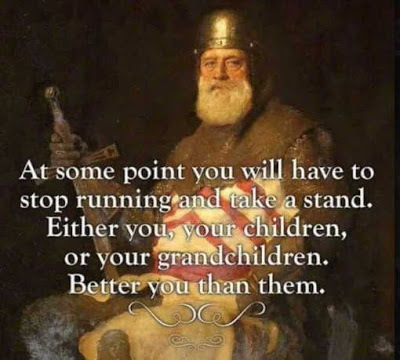 Never mind that parents that participate with Pride Month or allow these activities like “drag queen story hour” in the elementary schools are exposing their children to harsh confusing and even scary messages or signals! But even worse they actually scar these young minds and put their futures in jeopardy, both here on earth and the eternity to come, by allowing them to be pressured to accept this moral indignation by the fringe who are “destructive dangerous minions of Satan” not serving God in the least! While in the least children receive a “tainting of their perceptions of what is right and wrong” or to even disregard morals and ethics as antiquated; as the left promulgate that even Christianity itself is designed only to control people; and not allow them to be free to do as they damn well please!

Our societies have allowed the dirty underbelly and seedy sinful bottom feeders to take the helm and people run scared when they make new demands, because, oh my they might sue somebody and they never take no for an answer; so I don’t want to tangle with them, God forbid. I think people first of all allowed their faith to become just a little formality that they get out of the way once a week and go to church and not even listen or dig deeper into what is the “actual purpose of our lives” and how do we stay on the “best path” the “straight and narrow” one. People have been too interested in making sure they can get the things they want, the property, cars or other material possessions and just “go along to get along,” or as the adage goes, “another day another dollar.” No; it should be another day and I’m hopefully closer to being the person God wants me to be for “His” “purpose and plan for me,” and that much closer to heaven and eternal life!

That should be the first and foremost thing on anyone’s mind because this life is over way too fast when you really look at it for what it is, and eternity is coming to all of us; so common sense alone even without a strong faith should tell anyone that cares that we are not here to just blow meaning off and do “our thing” till we drop and then “that’s all she wrote!” I see way too many people even on this damned internet busy chasing their own tails and seeking attention or likes, and numbers so that maybe with enough they are a mover and shaker of the internet and making some cash while getting all sorts of accolades and compliments heaped upon them; the caressing of their foolish egos. That is all phony baloney nonsense and serving “the ways of the world thinking process,” as I see it the “Highway to Hell” and in turn part of the beast; which is all plumbed directly into the Devil.

Who do you want to have faith in and own you in the end when “that is all she wrote,” the Devil; or “God our Maker” who has infinite love for you, not hate like the Devil does?

Think about it hard and pray that you don’t let yourself get lost in the shuffle of madness going on all around us; this modern world is a raving insane madhouse now, full of trickery. And for God’s sake, you parents out there get some backbone and protect your children from these despots that are running and ruining our school systems, children and society!

Keep the faith, and make it the “strongest part or duty of your life” on earth; and God will reward you with his everlasting love with Him in Paradise! Amen and Amen.
God bless you and yours!

A teenage girl whose comments before the Loudoun County School Board in Virginia went viral explained why she felt called to speak out.

Jolene Grover, 14, told members of the school board last week that their policy of allowing males into girls’ private spaces, such as restrooms and locker rooms, is an affront to female students.

Sporting a green T-shirt that read “Woman is female,” the now-homeschooled student who was previously enrolled in a Louden County public school told the board members: “Everyone knows what a boy is — even you.”

“Your policies are dangerous and rooted in sexism. Boys are reading erotica in the classrooms next to girls, and you want to give them access to girls’ locker rooms, and…

2 thoughts on “Teen girl urges adults to stop being ‘cowardly,’ protect kids by speaking out against trans policies”