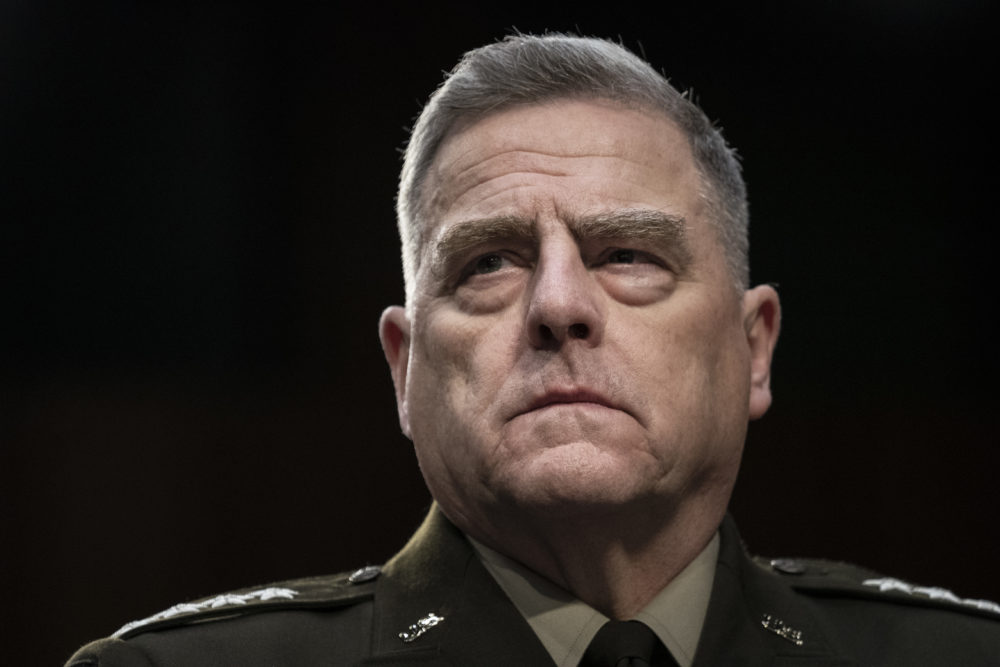 Informational and sharing purposes only on this platform.

Well this is a nice thing I admit, which I just read in another article; for Megyn Kelly to admit, and for her to be so out in the open as an actual “honest reporter” which I can appreciate, having worked as a News Photographer and had the pleasure of working with a few “good ones” and saw some shoddy ones as well. But for her candid openness of the facts here now which I will quote is truly refreshing, if she is doing it for “truth and integrity” but not if she’s trying to earn points to look good after her failed attempts to have her own show; and having been so obnoxious that the public rejected her. Maybe she learned her lesson and is sorry; I would hope so!  If she did I hope she does really well, and would love to hear her speak on this and many topics!

“Megyn Kelly emerged as an unlikely defender of Donald Trump.

Kelly put aside her feud with Trump during the 2016 election to blast obvious examples of Trump Derangement Syndrome in the corporate media.

CNN and other corporate media outlets hyped up the events of January 6 as Donald Trump inciting an armed, white supremacist insurrection to overthrow American democracy.

None of that is true.

It was an ugly riot with some violence, but the number of people that went into the Capitol was a small percentage of the crowd that attended, no one was charged with possessing firearms, and it was over within a matter of hours.

Donald Trump also told the crowd to peacefully and patriotically make their voices heard at the Capitol.

In an interview with comedienne Chrissie Mayr, Megyn Kelly agreed that the corporate media overhyped the riot into an attack on democracy and the biggest threat to the republic since the Civil War.

Mayr said she was in Washington, D.C. that day and the media completely misrepresented what took place.”

“I was there and anybody who was there on the 6th is, like, blown away by how, like, inaccurate the media coverage is,” Mayr began. “At this point, it’s like I don’t want to listen to anybody’s thoughts on the 6th unless they were like there, like physically there, because it was so, like, not a big deal.” Copyright © 2020 Conservative Alternative Network, LLC. All Rights Reserved

The MSM and Establishment have attacked President Trump incessantly who was admittedly the best President this country has had in many years; yet now some major figures, “Heavy Hitters” actually are comparing him to Adolph Hitler which Chairman of the Joint Chiefs Mark Milley just did this week; and to some on the left even going as far as comparing Trump to Satan himself!  Are these people all deranged and out to lunch; or just evil?  I mean what is wrong with so many people; that they want the world to “hate” Trump when he actually loves America and all its citizens, truly wanting all of them to prosper and have a great country, which he actually produced great results in this regard, within many public and private sectors during his term in office; giving the Nation and its people a lift they hadn’t seen in over 50 years; what is wrong with that?

Now with the left in charge we’re Trillions of dollars more in debt in less than one year, because I might add all the continuous infighting between the parties and mostly because of the Democrats being hell-bent on toppling Trump from before he was elected all the way to the end of his term; so they ignored all the good just to accomplish their one malicious goal of ruin and evil, which paved the way for the actual global conspiracy that they were in on especially Biden with China, of a hoax pandemic to set the Marxist take over agenda in motion causing all this excessive debt and death; I’ve never seen that happen this way, which is absolutely insane and never going to get paid down! The country will go belly-up before that happens and China is looking to make its move at some point not far down the road to pounce; so we can thank Biden who was so cozy with the CCP for so many years selling us all out for his own aggrandizement and enrichment! Trump was doing the opposite, he actually lost billions of dollars in his own Net Worth and even donated his Presidential salary to serve our Nation as the 45th President and make America Great Again!  Do you think Biden or his corrupted son would do that or have over the past five decades, never!  And everything Trump accomplished over the four years of his Presidency he did under the greatest amount of constant non-stop negative pressure and harassment, which would drive any person insane in that position or to a stroke because of all the lies and schemes the Democrats were devising to get him out of office so they could finish the screw job that Obama and Hillary with that Leftist/Marxist administration had carried out with Biden as VP for eight years!  And Biden gets his nuts in a bunch when the reporters ask him a real question that requires moxie and stamina with forthrightness; none of which he possesses so he freaks out or blurts at them or even just calls it a lid! 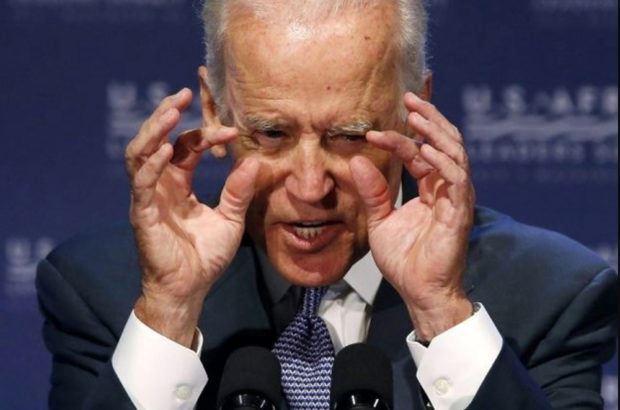 Do you all see the obvious here, the total corruption and evil of these Democrats and MSM Establishment?  They have fringe elements in the party like the “Squad” that are just their “useful idiots” because they can be used as a minority shield and or a distraction making an weaponized accusation of racism; if anyone where to call them out and show them up for what they really are, as in the whole Democrat party is a “Giant Lie!”  Joseph Goebbels and Hitler would be proud of them; performing like a well lubricated Nazi Gestapo Party Machine! 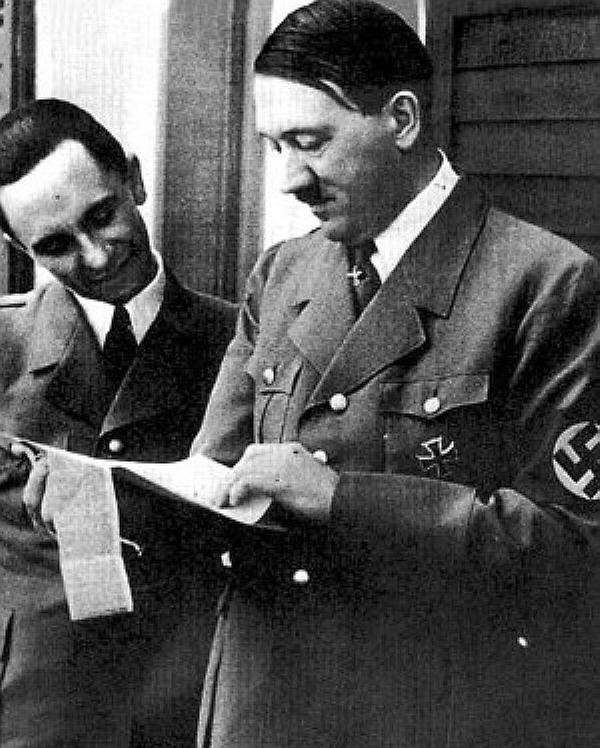 Then after you think about that and let it settle in look at what they and all the Left backed up by the entire Establishment have actually installed in the White House through a series of cheating or fraudulent means throughout the country, during the Presidential election, which is so obvious now and has been all along; but now the evidence and witnesses are all coming right out into the open!

That screaming like a Banshee deceased congressman Lewis a complete corrupted loser himself doing some dipping in the money coffers over the years with his wife into the millions, but from day one of Trump’s Presidency kept screaming that Trump is an illegitimate President; but what we have here now as POTUS is the “actual illegitimate one,” the Democrat Professional Career Politically Organized Crime Syndicate Racketeer for 50 years!  And a very dirty criminal; guilty of espionage, treason and RICO statute criminal activity over five decades, which long ago earned him the nickname “Scranton Joe!”  But, the system is so corrupted and wicked that they prefer to protect him and boost him up as some iconic role model, while they all “take a dump on Trump” and his entire family; all they can! Why? Because so many government officials and media personalities are culpable and would have to be charged with serious crimes as well if Biden gets lassoed and sent to the clinker; where he truly deserves to be! It’s all about the bad guys protecting their own asses and each other now; from spending the rest of their lives in Federal Prison!

There are some lines you just don’t cross.

But the Chairman of the Joint Chiefs of Staff just did.

And all hell broke loose when this general compared Donald Trump to Hitler.

Chairman of the Joint Chiefs Mark Milley has turned into a figure of great controversy as he embraced wokeness in the military by supporting teaching the troops Marxist critical race theory.

Thanks to a new book by Democrat partisans Carol Leonnig and Philip Rucker “I Alone Can Fix It” Americans learned that General Milley claimed Donald Trump was Hitler and Trump supporters were Nazis that the military would use force against if they protested Joe Biden’s inauguration.

In the book, Milley is reported claiming Trump will stage an attack like the Nazis did in 1933 in order to retain power and he compared Trump’s rhetoric to Hitler.

“This is a Reichstag moment,” Milley says and added that Trump spoke, “the gospel of the Führer.”

The authors claim General Milley told subordinates that any Trump supporter who planned to protest the inauguration was the equivalent of a Nazi and the military must put them down.

“Here’s the deal, guys: These guys are Nazis, they’re boogaloo boys, they’re Proud Boys. These are the same people we fought in World War II. We’re going to put a ring of steel around this city and the Nazis aren’t getting in,” Milley reportedly said.

No one should ever cry wolf like that making abhorrent comparisons to the horrors of the Nazis.

Adolf Hitler oversaw the slaughter of six million innocent Jews, and plunged the world into a global conflict where an estimated 75 million people died.

Many Americans believe that if General Milley actually compared the President of the United States to Adolf Hitler and Republican voters to Nazis then he needs to resign immediately.

This site contains copyrighted material the use of which has not always been specifically authorized by the copyright owner. We are making such material available in our efforts to advance understanding of environmental, political, human rights, economic, democracy, scientific, and social justice issues, etc. We believe this constitutes a ‘fair use’ of any such copyrighted material as provided for in section 107 of the US Copyright Law. In accordance with Title 17 U.S.C. Section 107, the material on this site is distributed without profit to those who have expressed a prior interest in receiving the included information for research and educational purposes. For more info go to: http://www.law.cornell.edu/uscode/17/107.shtml. If you wish to use copyrighted material from this site for purposes of your own that go beyond ‘fair use’, you must obtain permission from the copyright owner.   LM