I agree with Joyce and the part about nefarious monsters murdering us is absolutely true but scums like Soros and Gates or Fauci have billions of bucks so money talks and bullshit walks!

This is the prophesied End Time, in case anyone missed that point! Oh wait I see tons of people that don’t have a clue or get it yet! I picture them sitting in front of a TV screen with that 10 mile stare as their heads get filled with lies and their humanity is drained away like their life blood will be soon enough!

Joyce and her family were an early warning and the canary in the mine scenario! Hard drugs being legalized in many locales around the nation so what does that tell you! Then want us dead!
Heaven help us please!
Lawrence Morra III 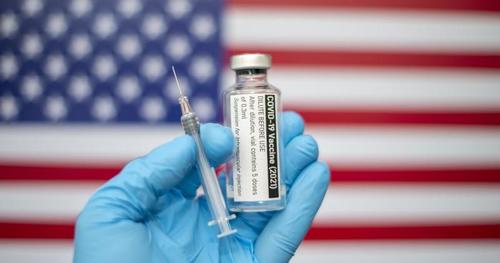 The researchers canvassed no fewer than 5 million Americans who responded to surveys on whether they were “probably” or “definitely not planning on getting a COVID vaccine.

The results will shock many.

“More surprising is the breakdown in vaccine hesitancy by level of education,” reports UnHerd.

In addition, while the lowest educated saw the largest drop in vaccine hesitancy for the first five months of 2021, those with PhD’s were the most likely to not change their minds.

The study also reveals that the most common concern for those who are hesitant to take the vaccine is potential side-effects, with a lack…

12 thoughts on “Study: The Most Highly-Educated Americans Are Also The Most Vaccine-Hesitant”