Originally posted on The Most Revolutionary Act:
By  Children’s Health Defense Team Draconian COVID policies and vaccine mandates are creating an uncertain future for a health care system that was already on shaky ground even before the terrible COVID policies took hold. In January 2020 — pre-COVID — the Commonwealth Fund published a sobering report…

Believe me when I tell you there is no other way to look at this than actual work of Satan! Think about it who would have even imagined this would be happening a few years ago and that suddenly globally governments would be attacking their own citizens with EDICTS and COERCION to box these citizens into a losing proposition or master plan game of you do as we say or you don’t do at all and most likely you die! Making an experiment out of the human race!

“As soon as the U.S. Food and Drug Administration granted Emergency Use Authorization for the COVID vaccines, HCWs began to find themselves in a catch-22: take an experimental injection (made by felonious Pharma giants exempt from legal liability for injuries) or — egged on by hostile parties that now include no less than POTUS himself — risk ostracism or worse.”

That statement is all telling as it points to the fact that from the get goes this was totally corrupted and criminal! Let’s state what the experts have been saying for some time those that would stand outside of the collective consciousness of the Globalist Reset Tyrants! They have indicated this virus if treated promptly with conventional tried, tested and proven remedies that don’t even involve jabs with toxic substances the patient has a 99.98% rate of successful full recovery and most people won’t even think they were sick or have anything more than a runny nose cold!

And of course this was going to happen with this over the-top grotesque plan put into place adding enormous stress on all sectors of societies from economies, to supply chains and just everyday living but especially the horrific psychological effect this had on young minds generating so much uncertainly and fear! Children have committed suicide over this and officials know all this, but don’t care, and have pushed harder to force us all to comply with this heinous evil tyranny like the evil Biden is doing!

I doubted this whole thing from the start and smelled a big rat immediately so my antennae must have been calibrated well enough to sense lies that were hidden and those in plain sight!

I wrote of the sense of a coming pandemonium; I just knew it was coming and now I’m seeing it happen!

These metal exercises where I was exploring potentialities of evil, seem to be if not accurate in content are precisely the intent!
God bless.
Brother in Christ Jesus,
Lawrence Morra III 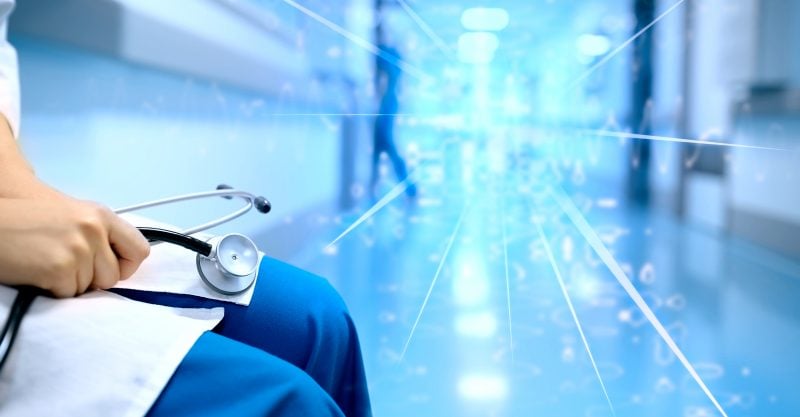 Draconian COVID policies and vaccine mandates are creating an uncertain future for a health care system that was already on shaky ground even before the terrible COVID policies took hold.

In January 2020 — pre-COVID — the Commonwealth Fund published a sobering report on the state of U.S. healthcare, comparing the U.S. to other high-income countries belonging to the Organization for Economic Co-operation and Development (OECD).

The report shared a number of depressing findings. First, despite the U.S. spending twice as much on healthcare (as a share of the economy) as comparable wealthy nations, Americans have the lowest life expectancy and highest suicide rates. Nor is America’s poor bang for its healthcare buck anything sudden or new — a 30-year-old study that compared the U.S. to 15 OECD nations reached the same conclusions.

The Commonwealth Fund report also drew attention to the fact that, among…