HELLO!!! “Looks like it could cause immune system fatigue.” That’s already been demonstrated and just one of the things this Killer Jab is doing to people besides the one’s it’s outright killing, altering their genes and setting them up for a reduced broad band of protection against subsequent mutating strains of the virus, virtually like leaving windows open for the culprits to climb in and take over in those individuals! When the lung capillary endothelial cells are severely compromised and the genes are set to work against the viral host, (that’s anyone who has been jabbed), resisting such an onslaught and this creates a cascading effect, that was being treated with Remdisivir and Ventilators actually the worse thing to do as they collapse the pulmonary system allowing the person to drown in their own fluids while also suffering from kidney failure.

You know the way these so called politicians that tell us they have our backs, but, have been all along, not saying anything about how they are planning to pull the rug out from under us and basically say you have no Constitutional Rights and you are now under our absolute control, which if we decide we will allow you to stick around you must do absolutely what you are told or we will eliminate you under this New Marxist Totalitarian Government; that has hijacked American Democracy! Why else do you think the Biden Cartel is now improving and building new facilities at GITMO? This is a PLOT in other words, and who would you guess, is behind the “whole thing,” pulling many puppet strings as it were, setting up a one world government! I can offer you one big clue who it is; loves lots of heat! In more ways than one!

I’ve been alluding to all of this in a variety of writings since March 2020. Mind you all; this sensationalism has been theater to create mass hysteria and fear to panic the herd and cause them to worship the “almighty government and its science” “the beast system” with the ever so diabolical and nefarious psychopath Fauci as their front man, or shall we say “COVID POSTER BOY!” This radical change to life as we once knew it was produced by a calculated plan and COVID-19 was and is only one of their tools in the arsenal, which really was nothing less than a 99.97% survival rate for this type Corona Virus that effects the human respiratory system; it’s virtually an annual flu season type of event in reality, but, with all of the world power and media systems working in lock-step to pull off a global fraud it wasn’t all that difficult for these despots as we now see if our eyes and minds are wide open; to get majorities of populations to in essence, drink the Kool-Aid!

God Almighty is who we all need now to help us maybe not even overcome what was inevitable for the human race as many people know, but, perhaps to relieve many of us from having unwanted fear or anxiety while it all takes the necessary course to full fruition! In other words this should make believers out of so many more humans and then in turn they see the writing on the wall is that God WINS and if he is on our side no worries!

Roman 8: 30-32 “And those He predestined, He also called; those He called, He also justified; those He justified, He also glorified. 31What then shall we say in response to these things? If God is for us, who can be against us? 32He who did not spare His own Son but gave Him up for us all, how will He not also, along with Him, freely give us all things?”

Sorry I can’t be like some people and say everything is going to be fine and things will go back to your old routines or these things that some of the honest experts have been saying from the beginning are way off, but because I see the Truth and God has helped me over the last 15 years directly to open my eyes and mind up to all of this coming human produced catastrophe through personal suffering to know who the enemies are; that anything watered down or sugar coated would be dishonest and foolish to say! And when I look at these top government officials I see evil through and through that they are possessed with, as they are seething with the diabolical, their immortal souls are no longer than own nor does God want them; so turn to God and pray through Jesus Christ now!

God bless you and our lives to come in eternity will be where the reward and peace will be, but all those who have been a part of orchestrating or facilitating this Crime Against Humanity and Global Atrocity will receive eternal damnation spending their eternity suffering in Hell! 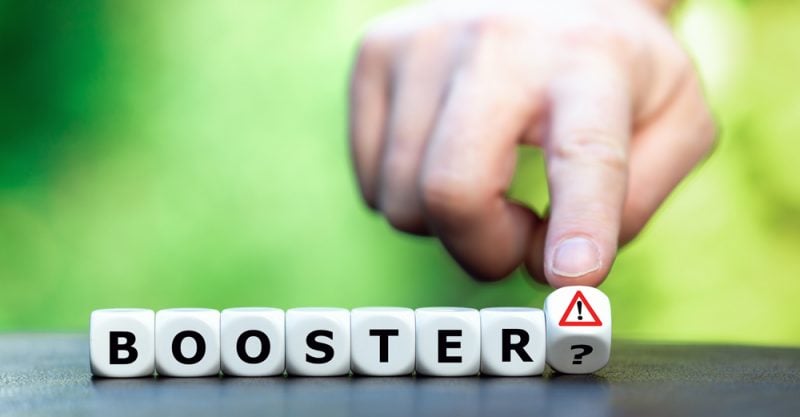 As Israel moves ahead with fourth COVID shot, scientists told the New York Times the additional booster may cause more harm than good.

COVID-19 booster shots could do more harm than good, according to scientists interviewed late last month by The New York Times.

The scientists warned “that too many shots might actually harm the body’s ability to fight COVID” and “might cause a sort of immune system fatigue.”

On Monday, Israeli authorities began offering anyone over age 60 a chance to get a fourth shot, or second booster of the COVID vaccine.

But scientists told The Times, before Israel confirmed it would offer the fourth shot, the science is not yet settled on using an additional booster shot to combat the new Omicron variant.

There is one official report of an Israeli dying from Omicron. However, according to The Times of Israel, it is…