“Fauci said they had to flatten the curve, but, what he really was thinking is, they have to fatten the pockets and bank accounts of all the Big Pharma vaccine promoters, including his own!”

Yes this is indeed the truth which I’m so sickened by, because I was becoming acutely aware of this man-made catastrophe in the making very early on during the early stages in 2020 of the Plan-Demic!

Lust for power and greed are ruling the human race which is destroying it, the forced COVID deaths is all the proof I need to see this “graveyard spiral” that human civilization is trapped in, and these same monsters Fauci, Gates and just today I read more scare tactics coming from Tedros Adhanom Ghebreyesus of WHO; saying how the future just ahead for the Pandemic to end is very uncertain!

“WHO chief says world at ‘critical juncture’ in COVID pandemic!”
“The COVID-19 pandemic is now entering its third year and we are at a critical juncture,” he told a news conference earlier. “We must work together to bring the acute phase of this pandemic to an end. We cannot let it continue to drag on, lurching between panic and neglect.”

What the hell is this maniac trying to get away with saying now? Billions of people have been coerced into taking these toxic killer jabs and they still insist on playing this ruse on the human race! He went on to say this!
“On the contrary, globally the conditions are ideal for more variants to emerge.”
“Tedros warns against lurching between ‘panic and neglect’”
“Pandemic in third year, with nearly 6 million dead”
“More variants likely to follow Omicron, WHO warns.”

This evil communist lunatic from Ethiopia expects us all to be so stupid to not know that all cold and flu viruses mutate and variants are a given each year but for millennia our God Given immunity has provided fully ample protection as God Himself designed us! What “Conditions are just right”is this lunatic talking about, other than he is lying outright as always; but the condition that they are attempting to establish is, of a broken natural immunity, that these derelict monsters have been altering with these gene altering concoctions, that is the condition they want to establish so they can continue jabbing all of the time! They are using the human race to make profit and kill off billions of us in the process!  Absolute power corrupting absolutely!

The above link takes you to the very article and there is a 2 minute video of WHO’s mastermind speaking about this continued charade!

So all these restrictions on human behavior and jabs for 2 years have done basically nothing to stop the spread or hardships on the human race and it looks like the Experts who told the truth from the start how Herd Immunity could have been achieved in 6 weeks were correct that the actual survival rate is either 99.97% or 99.79% depending on data studies for almost anyone that caught the virus and if early treatment was initiated with the already existing remedies; none of which were vaccines, Remdesivir or mechanical ventilators which definitely were not on the list of “effective treatments,” but by the way these already available effective treatments were being banned by the heath organizations such as the CDC, NIH and WHO; now just how fishy does that look in retrospect, to ban available tried tested and proven safe cures!  All this while Fauci said they had to flatten the curve, but, what he really was thinking is, they have to fatten the pockets and bank accounts of all the Big Pharma vaccine promoters, including his own! This is still a giant Con to hoodwink the public and kill us off starting with millions as in 5 million worldwide so far, but that is a conservative figure and no matter if it is one person or millions the important thing to emphasize is that they are all murders, but, if these butchers continue to get their way this number of dead will get into the billions over time. Basically these maniacs have made everything worse and not cured or even tried to cure anything! They are killers that we have been listening to!

Here is what I stated in a previous blog posting on the 8th of this month!

Altering their genes and setting them up for a reduced broad band of protection against subsequent mutating strains of the virus, virtually like leaving windows open for the culprits to climb in and take over in those individuals! When the lung capillary endothelial cells are severely compromised and the genes are set to work against the viral host, (that’s anyone who has been jabbed), resisting such an onslaught, and this creates a cascading effect, that was being treated with Remdesivir and Ventilators actually the worse thing to do as they collapse the pulmonary system allowing the person to drown in their own fluids while also suffering from kidney failure.

There are many other links included with the above article link that can be helpful in gaining a better picture of what the hell has been going on if you’re not sure at this point yet!

None of the extreme measures taken to date were necessary, certainly not any vaccines or social distancing and masks!
Welcome to Global Deception from Hell.
God help us! 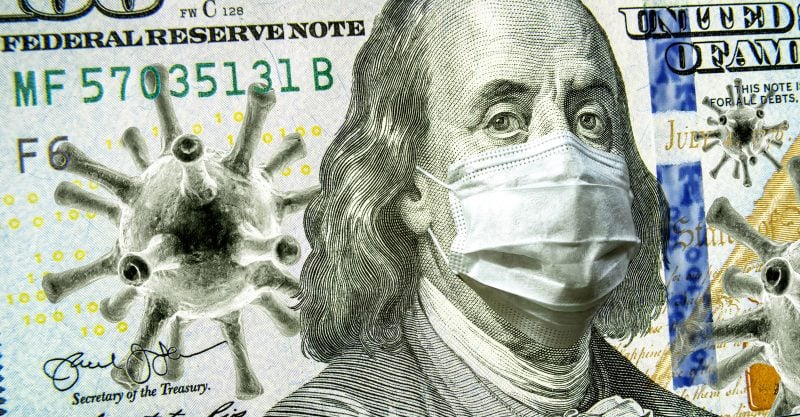 In the second half of an interview this month on Del Bigtree’s “The Highwire” — “COVID-19: Following the Money” — policy analyst A.J. DePriest reported on the impact of billions in COVID stimulus funds, which, according to some doctors and lawyers, turned hospitals and medical staff into “bounty hunters,” and COVID patients into “virtual prisoners.”

As reported last week by The Defender, federal monies from the 2020 and 2021 COVID stimulus bills dramatically reshaped K-12 educational priorities, turning American school officials into lackeys for federal agencies more intent on masking and vaccinating every last child than on supporting meaningful education.

So, too, with the stimulus-induced reshaping of hospital priorities.

In the second half of a January interview on Del Bigtree’s “The Highwire” — “COVID-19: Following the Money” — policy analyst A.J. DePriest reported on the untoward consequences set into motion as a result…

One thought on “How Billions in COVID Stimulus Funds Led Hospitals to Prioritize ‘Treatments’ That Killed, Rather Than Cured, Patients”