“Truth and Facts are where it’s at” 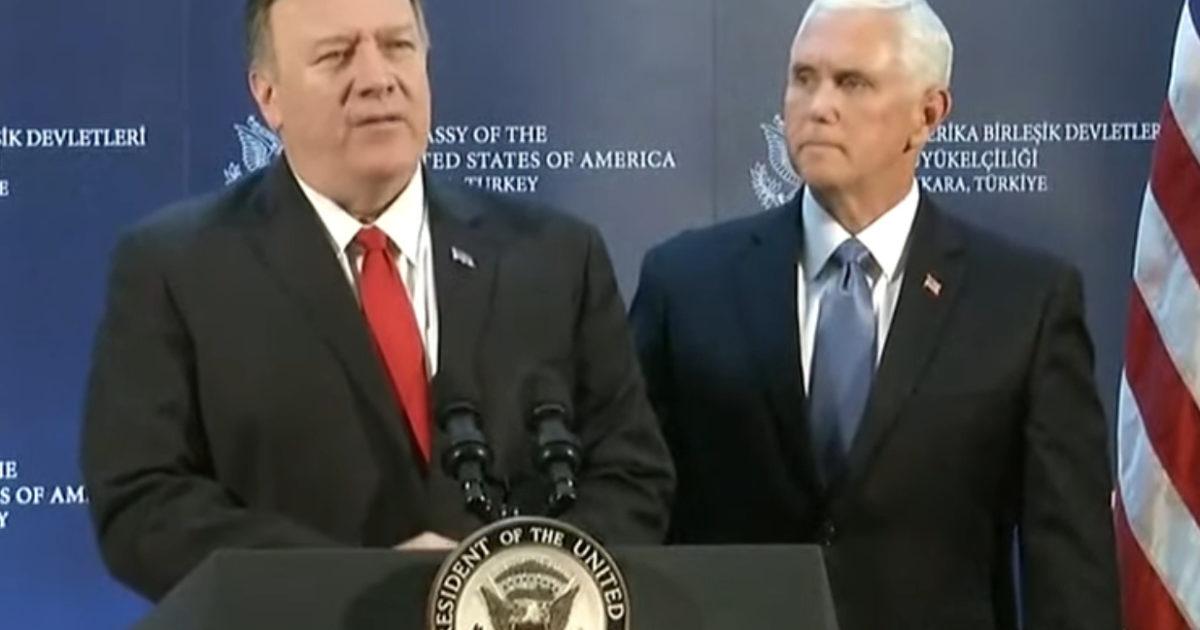 The following are thoughts and insights I had today about what is so obviously wrong with America or more specifically it’s corrupted political system!  These words were in response to a major teacher’s strike in Chicago where typical useless negotiations of the same old same old, “Deep State” posturing are doing very little to solve any root problems, which stands in sharp contrast to the highly successful negotiations by our President Trump and his two top members of his executive team; Vice President Pence and Secretary Pompeo in Turkey this week to secure a ceasefire with president Erdoğan’s military conflict that he initiated between Turkey and the Kurd’s in Northern Syria, to drive them out of the region!

Yea right fella, you go boy!  But, you’ve got one big problem with your mantra out of the gate that stands out like a sore thumb so bad that even you yourself should have seen it, so it’s time for some new glasses or maybe even a new head!  So you  say; “America is either a place where everyone has a right to their own opinion,” Opinions are like assholes, everyone has one!

Now I’ll fill you in on something much more important to all True American Patriots. “Truth and Facts are where it’s at;” and in life there are two ways to go, either left or right, not to waffle, and in the world of politics and governance one must choose to do what is Right or Wrong!  The paradigm has flipped since Trump was elected, becoming one of the greatest Presidents this country and world have ever known, not another cheap facsimile like his predecessors of recent memory were and even the former candidate turncoat Mitt Romney would have been too, he would have done no better for America and its Citizens than Obozo did.  Go figure, one a way left Marxist traitor and the other a major status-quo (Deep State) player like McCain was; and Romney still is, the Secret Santa Traitor!  The SS; which he is no better than that WWII SS Gestapo archetype!  Both of these, the old and the new SS use the same rule-book.  Now to further broaden your horizon,  America isn’t a place as you stated; it’s a Constitutional Republic of “We the People” under “God” for which It Stands!  Remember, Truth and Facts are where it’s at!

Here is a little extra something I posted on another trend about the teachers strike in Chicago, which is part and parcel of the same DEEP underlying issue causing all of the trouble in America!  Let’s call it the HIDDEN AGENDA!  I point that out because today we have much worse going on right under our noses in our government by our elected officials and their cronies causing as much or actually more damage to our Nation than the Rosenberg’s the American spies ever came close to unleashing yet they were hung for their espionage crimes against America; but now nothing happens except the above the law cabal they keep on doing more of the same, even worse crimes against America!  Do we really believe the Biden’s spent and spend so much time in the Ukraine holding hands like good American Boy Scouts with the political system there or fat cats because they just love helping other people especially in former Soviet Bloc Countries with massive natural resource deposits?  Dirty as Dirt they are!  Joe Biden the epitome of a greasy crooked career politician; never did anything but get better at taking us all for a ride!  Or that Schiff is a straight shooter and respects our system of governance or “We the People” with his nefarious devious mind, hell-bent on destroying Trump’s presidency?  I can tell you Schiff himself will be going to hell!

Problem is TOO MANY Slackers want to be served and not live to serve others!  Its very much similar or the same as what is happening around the Nation in many major corrupted cities and Chicago is a very corrupt one!  In my home state the Dem Gestapo have ruined the place and ruled with actual Gestapo tactics of abuse of power, government overreach, intimidation, harassment, conspiracy and a slew of Constitutional breaches violating my Civil and Constitutional Rights because they had no check and balance system in operation, especially while Obama was ruling the roost for those 8 hellish dark years for America, and his helping them corrupt even more, (while we all were behind the 8 ball)!  Yes, the paradigm has flipped paving the way for justice to be served; then we can get to work repairing America!  God Bless America and all of Her Real Citizens who care!  The crony Mass Media for the most part can go pound sand!”  They’ve been part of the problem all along working for the inner-circle or Establishment politics!  The bad guys have ruined it in spite of the many nice, honest and decent folks like many of you working hard to keep America Great!  I’m fighting the established horror here in my locale like a single voice in the wilderness, because most people just put their hands in their own pockets and walk away not caring enough to fight the good fight even if it kills ya, least of all help me with mine; but they fail to see that what I’m up against is just part and parcel of what is happening to their Government or State, so we will all lose if they keep going on being status-quo!  I have to keep at it because my core has been shaken to my roots by the bully wicked of our civilization, and life means nothing unless I stand up against all of it!  I won’t be a mouse; but a LION that stands for something more, than going along to get along!  Maybe a foolish Don Quixote!

For far too long off the wall practices and policies have been crippling our Republic so poisoned now by all the far left liberal standards put in place especially during the last administrations entitlement parade, has made a difficult situation basically impossible while all the “officials” ride off into the sunset having lined their pockets and built up a fat pension all while the system was imploding!  I will tick some people off but so be it!  Most of this horrendous problem can be laid at the doorstep of the Liberal Left-wing Socialist agendas being perpetrated by the Dem party and some Rino Republicans! We’ve all been had and taken for a ride now the big problems come to roost and the serious PAIN begins!  Look to Venezuela to remind ourselves that what happened there and in other nations that kept slipping toward socialism can very well happen here too, this is a warning already!  If it does continue we will all be worrying about jobs, pay, pension, social security, physical safety and on and on!  This is all the canary in the cave wake-up call!  Mark my words, if we elect a Dem or fake Republican into the White House; you and I can kiss all this goodbye!”

So again I say teachers are too entitled and enabled; poisoned now by all the far left liberal standards put in place especially during the last administrations entitlement parade.  The teachers aren’t in it for the true passion of educating and aren’t interested in working their butts off to meet all challenges to accomplish the teaching mission.  This is just one massive problem we allowed to build up because our elected officials have been way too busy lining their own pockets and serving themselves and special interests, some unions included.  It was mentioned recently that the CPS, Chicago Public Schools, want sanctuary status for students too; that points out clearly how the system has collapsed when we allow foreign people to invade our borders and grab on for the free lunch and ride!  OUT OF CONTROL BS and now it’s said how already taxes went up 40% in Chicago; that’s insane and evil to do that to the longstanding residents that paid their dues and tried to keep a city vibrant and alive to end up being betrayed like that, so the Good Patriotic Hardworking Citizens end up saying enough and leave it to end up becoming another ruined city sewer like San Francisco, which is what is coming to  Chicago and many major cities!  The whole system from federal government down to the municipalities needs to get cleaned up of all the corruption and off the wall practices to eventually make for a feasible program.  The Strike is a Waste of Time!  Bigger fish to fry before any satisfaction will result in the trenches!  I just wrote a comment today that mentioned the Rosenberg Espionage Trial, because I wanted to illustrate how they were punished for a major crime with hanging; but here we see our own government officials especially in the House Dem side of the aisle, that are doing far worse crimes and damage to our Nation and “We the People,” but they walk around entitled and scot-free! There is your hot potato that must be addressed, if any of these other issues are to be corrected!

Then I just had to make the following comments to some internet troll trying to imply that now America will be bombing it’s own military bases as this idiot went on dissing our President Trump and his current negotiations with Turkey!

Oh wow, the kid thinks he’s funny!  Look where you hail from, Feinstein’s and Pelosi’s shit-hole of America; now that’s funny!  Yea you keep spewing fella!  Libs are so demented just like Dr. Michael Savage pointed out so well for many years from that very  city of San Francisco on his radio program when that sewer you’re in was still half-way decent; “Liberalism, is a Mental Disorder!”  Day late and a dollar short there kid!  In ya planning ya might try harder in moving toward the annexation of California from America, then we could export all of the progressives and Marxist traitors from the rest of the Republic to your door step; ya know the same deal Nancy is pulling off with Soros sending in all those invaders from Central America that your once great city is providing sanctuary for, I for one wouldn’t have any problem with it, as long as we kept ya new Happy Leftist Land contained!  But, if ya state can clean up its act soon which is a VERY tall order, then I say the more the merrier!  I don’t gamble, but, if I did I would say the likelihood of any positive change occurring in your neck of the woods in the next 100 years; let’s just say I would give it the same odds as a snowball’s chance in Hell.  You do have a big jump on the hell; now start making those snowballs!

Yes Sir; lets tell the clowns and commies about TRUTH and FACTS!

One thought on ““From Sea to Shining Sea; Teachers Strikes to Foreign Policy””