So let us not talk falsely now, the hour is getting late

Not feeling well lately I retired to bed early last night having all sorts of interesting dreams but in the middle of the night an old classic song came to my mind that I was imagining hearing in my mind as I lay there trying to fall back to sleep.  When I woke at the crack of dawn the song was awake in my thoughts still too.

Searching through my wide array of musical selections in my archive I was able to locate the old classic that I’ve appreciated listening to at times over the years!  I think because of the sheer incredible genius and talent of these iconic figures in American Pop Music Culture, that anyone who listened to musical greats from time to time couldn’t miss, and surely recognize, the extraordinary abilities of these individuals connected to this piece of music as legends in their field; maybe I suddenly thought prophetically too, in that God does work in mysterious ways and speaks many times to us through others who create music and poetry or even write novels; in other words what we call inspired word is still alive and well in modern times just as it was before and after Jesus Christ walked the earth.  But, this one song that popped out so suddenly in my sleep was now immediately beckoning my attention like it called my name, so I clicked play and when I was listening to the first couple of lines of verse being sung I said to myself, that is why I was in need to listen to this right now, it fits and dovetails with much that is happening around us currently.  And, because I always loved many of the great musical poets and their lyrics along with the iconic names of electric guitar players, I said hold on here, this song and the two men associated with it the most, are two of the most outstanding recording artists of modern time, who could sing and perform on opposite ends of the musical scale or styles, Bob Dylan and Jimi Hendrix. 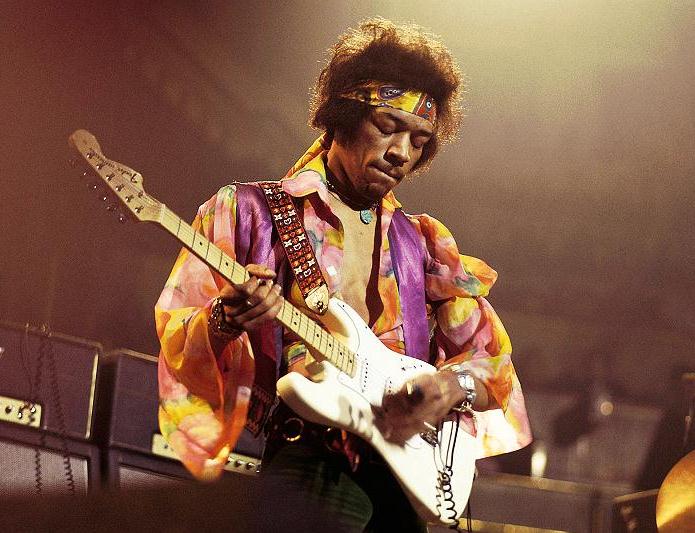 These incredibly talented artists individually recorded their own version of “THE SONG” “All Along the Watchtower” that Dylan wrote, but each of them bringing fantastic artistic interpretation to the poetic words that I say looking back now were quite Poetic and Prophetic, in that they are very fitting to what we are all experiencing, living in a world teetering on the brink of gloom and doom, while all sorts of characters are trying to see how fast they can ruin it or even blow it all to hell if given the chance.

“All Along The Watchtower” 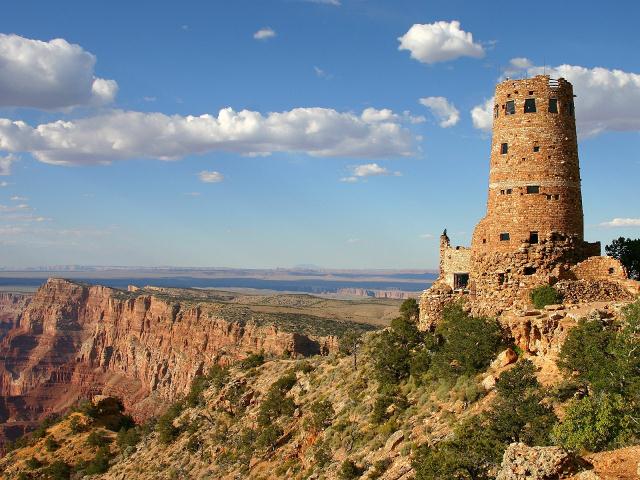 “There must be some way out of here, said the joker to the thief,
There’s too much confusion, I can’t get no relief
Businessmen, they drink my wine, plowmen dig my earth
None of them along the line know what any of it is worth.”

“No reason to get excited, the thief, he kindly spoke,
There are many here among us who feel that life is but a joke
But you and I, we’ve been through that, and this is not our fate
So let us not talk falsely now, the hour is getting late.”

“All along the watchtower, princes kept the view
While all the women came and went, barefoot servants, too.”

“Outside in the distance a wildcat did growl
Two riders were approaching, the wind began to howl.”

I’ve highlighted what I see starring me right in my face as words written and spoken by poetic artists many decades ago that speak to the present time!  A huge storm is approaching as the wind does begin to Howl while the Cat or fierce Lion is out there in the world growling, as he waits for his opportunity to grab those who are not weary and paying heed to the words given from above… Yes the Hour is getting Late, so let’s not be talking falsely now or be so full of deceptions and lies, even the criminal thief or the minions of the evil one can obviously see this, but the one who comes like a thief in the night (Jesus) who speaks kindly is saying here, not to be getting excited or have no fear!  But, He goes on to point out how there are those who are haughty, like the many American Democrat Politicians and others full of themselves, that are treating life and humanity like a joke as they continue on their path to annihilation or perdition blaspheming not just life, but by doing so they mark the Creator and seal their fate; but those of us who can see this be rejoicing that you are not counted among the many who run toward the precipice and subsequent abyss that awaits them.  But we know the hour is getting late so we must reprove ourselves and seek the kingdom of God as He is sending out His messengers on horses fast approaching to reveal truth that your Salvation awaits; you who hold fast to His words!

James Marshall “Jimi” Hendrix was an American rock guitarist, singer, and songwriter. His mainstream career lasted only four years, but he is widely regarded as one of the most influential guitarists in history and one of the most celebrated musicians of the 20th century.Wikipedia

Bob Dylan is an American singer-songwriter, author, and visual artist who has been a major figure in popular culture for more than fifty years.  Much of his most celebrated work dates from the 1960s, when songs such as “Blowin’ in the Wind” and “The Times They Are a-Changin'” became anthems for the civil rights movement and anti-war movement.Wikipedia

Now “lo and behold” after I wrote everything you’ve read to this point I went to find the Wikipedia bios on these two men to give them all of the credit for their past work I speak to here, but what did I happen upon; was a web page that broke down this musical selection and the very artists I was writing about so I’m including the link to this fabulous defining analysis of this piece of poetic, revelatory music along with video renditions for you to ponder.

Here is an excerpt from a thorough analysis of this legendary piece of music which you should when you have time read in its entirety to “dig it” as they used to say, or get it; the whole picture!

“The final stanza shifts the scene to a city guarded by princes in a watch tower. To understand the song, it is necessary to understand the reference to the ancient city of Babylon (whose name means “confusion”).”

“Babylon has long held a place among many religions as a symbol of excess and immoral power. Many references are made to Babylon in the Bible, both literally and allegorically. 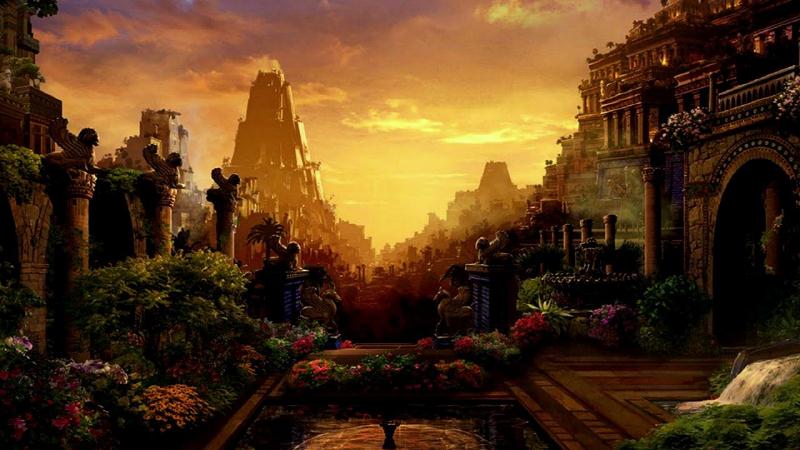 The people in Babylon had believed that they were safe from attack because the city was protected, according to the historian Herodotus, by two sets of inner and outer walls. The fall of Babylon came suddenly when the Medes and the Persians overran the city in a night attack in 539 B.C., attacking during a festival celebrated by the city’s lords, so that the normal watch kept on the walls was not observed.

The imagery in the song’s final stanza regarding the “Watch Tower” and the “Princes” come from a biblical reference in Isaiah to the fall of Babylon:”

“Prepare the table,
watch in the watch-tower,
eat, drink:
Arise, ye princes,
and anoint the shield.”

Another site with full explanation and background including the Dylan version follows.

Babylon and other great cities or nations fell to enemies that came with armies armed with many weapons of war.  Most times the writing was on the proverbial wall but the haughty thinking they had superior force and power surrounded by walls that they were safe; but in the end every one of them eventually fell to ruin!  Today we have enemies with nuclear and biological weapons of mass destruction that can wipe the human race off the face of the earth; along with even enemies now within our borders that seek to corrupt and dismantle our Republic under God for which it stands as it was founded!  But, the enemy that is most lethal and radical more than all of those others is something the human eye cannot see; a simple virus that if weaponized can destroy billions without a shot being fired or a single bomb being dropped!  That potentiality coupled with the master of all lies the devil are building and devising nefarious plans of conquest; but, God Almighty is going to utterly destroy all of them and cast them into the lake of fire for eternity, and all that is foul and evil will be vanquished forever!  Amen.

Stand true and remain vigilant upon your own watchtowers holding fast and true to the word of the Lord; therefore as you discern you will be safe unto the end and from all calamities or enemies you will prevail, rising above the world of pain and sorrows into everlasting light. Amen.  Lawrence Morra 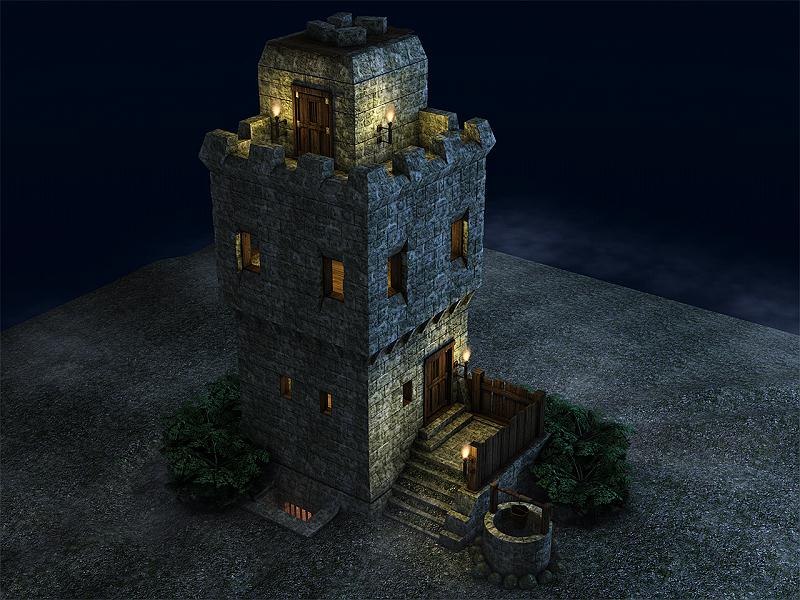