“A Heroine Proud American Patriot and Martyr of God’s”
First I felt rage at first seeing the video of this brave young Patriot USAF veteran and mother being blown away like garbage by a Nazi Security Thug as I see him! Then I had to cry for Ashli Babbitt followed by my solemn prayer for her immortal soul which in my own fallen human state know she deserves and is in heaven now, as we all grapple with the aftermath of this hideous event that was not at all necessary even with a breach of the Capitol building; where are contingencies and protocols that they surely must have in the Center of US Government Power in Washington DC! Evil from hell was at work as it has been throughout the last few years being usurped by many renegade deeply corrupt politicians like Nancy Pelosi, Chuck Schumer, Adam Schiff, Maxine Waters, Jerry Nadler and of course the infamous wicked Joe Biden known in some parts as a mob archetype “Scranton Joe” who is being installed by a fraud and manipulated election which involved foreign adversaries to America namely The Chinese government CCP who have Biden on a leash to be used as their useful idiot to do more of God only knows what to gain more power and influence over the United States, and even take possession of it like many souls already have been by diabolical evil! I place the blame squarely for this and all the previous violence throughout this past year on the backs and heads of the entire Democrat Communist/Nazi Party that has done nothing but fabricate and concoct any falsehood they could to not only ruin Trump’s Presidency but anyone who would be in the way of their seizing absolute complete control of the government; from going after the character and integrity of fine judges like Kavanaugh to Barrett or General Flynn a decorated outstanding Christian Patriot American, to basically anyone that was supporting Trump and Making America Great Again! These Archbishops Gomez and Cordileone are despicable coming out like this in attack mode of Trump and the protestors when they were totally silent during all of the ensuing riots and mayhem throughout the summer by Antifa and Blm, who were given praises for peaceful protest by MSM and all establishment quarters including these same crony bigoted archbishops who obviously are in league with the False Pope Bergoglio Freemason devils of the Church who are promoting the NWO and communist totalitarian agenda of the far left elitists moving ever closer to the staging of the antichrist on earth! 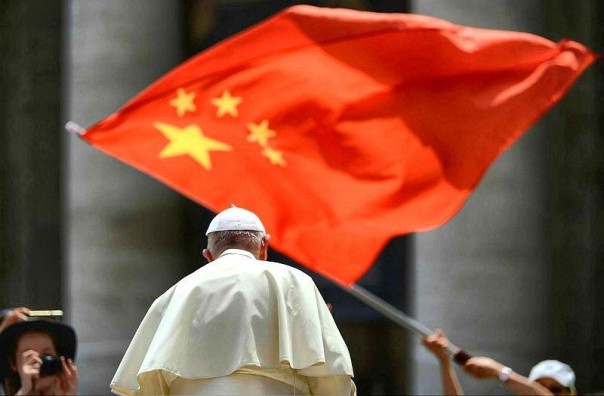 All I can say to that is I wouldn’t want to be in their shoes when they have to explain to God Almighty why they did these things and where were they when so much evil was being promoted, say for example in San Francisco Cordileone’s and Nancy Pelosi’s area of influence, while the city has decayed into utter violent, degenerate sinful havens perhaps worse in some ways than Sodom and Gomorrah was in its time because these fraudulent despots, they have not influenced good there but quite the opposite as these two minions of darkness bring ruin or encourage it by not standing up against that which is evil or in the least criminal, but can be finding all of this fault now in this incident which in my mind was a justified protest rally, as their intent as “True Patriots” was to be heard loud and clear by the law makers who are not doing their job; that this recent election can’t be accepted being so corrupted! So as good citizens they wanted it to be thoroughly gone over with the fine tooth comb and examined for any and all breaches of Constitutional Law and even State Laws governing the election process in order to make certain the end result is the rightful candidates are elected and installed into the offices of president and vice president! It’s obvious that was what these Patriots where there for, they weren’t gang members or thugs like Antifa (classified as a domestic terror group) and others who riot in the streets recently! They actually could have been approached these Patriots, and asked if they could hold back while officials are asked if they could be given an audience to be heard briefly and hear their heart felt sincere feelings and thoughts but Ashli gets shot in the heart; this being the action of a Nazi Gestapo not the seat of Great America’s government of the people! George Floyd was mentioned here in the commentary and he was one case that came to my mind immediately as to how two-faced the entire MSM, establishment and even many members of the clergy who had been so supportive of a street career criminal thug, causing his own demise with a lifelong behavior of repeated criminal activity and arrests and in the end he wouldn’t cooperate with authorities escalating the dangerous situation causing more violence than was necessary to deescalate his lack of cooperation of what should have been a simple arrest.  Here we had a very unusual set of circumstances with these Patriot Protesters concerns about a major election riddled with FRAUD and much of which the DC Capitol Police and other authorities were aware was a building situation of possible emotional potentiality days if not weeks prior to the Rally and “March for Election Integrity,” but, they have a NAZI style cop that shoots point blank at a little woman climbing over a partition/door and that requires a lethal shot to her chest? In street vernacular of days gone by and even now he is a PIG! He is also a condemned man for what he did because with approaching security coming up from behind the Protestors with Ashli; who were armed and fully capable of containing any violence, but instead this despot of law enforcement blew away a young mother and Veteran for no good cause at all, and in my opinion he should get life in prison for cold blooded murder! His badge doesn’t give him authority to assassinate anyone! These sick and twisted archbishops jumping in as they have condescending like wolves in sheep’s clothing and with the twisting or concocting of the narrative they promote, they are stained with the blood of this victim on their hands as well! They are wicked men who should be excommunicated from the church immediately but that won’t happen because they are establishment crony devils and in union with the evermore wicked and evil Bergoglio with his internal corrupted church hierarchy! I’m sorry if this all sounds so accusatory or harsh to any one of you but this is how I truly see it and I know I’m at least in large part correct and won’t change my mind one bit! Why? Because this incident and circumstance could have been handled completely different as I’m sure it was something that was anticipated in light of the fact of how much corruption the Democrat Party is guilty of with all of their many treasonous acts since 2016 alone and Biden being a career politician organized crime racketeer and traitor for 47 years! 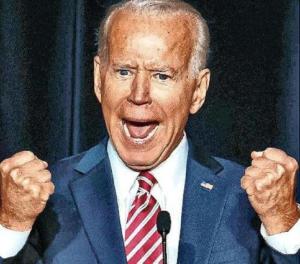 But where have you crooked church officials been during this time not pointing out the severe injustices and crime being committed even in your communities by so called members of the flock like Biden, who is always declaring he is a Catholic but living in total opposition to the tenets of the faith and an outright lying blasphemer of God Almighty! You foolish men who now give a bit of your lip service to his incident to obviously promote the same evil MSM and Establishment NWO narrative you’ve all been silent about all these years, you carry guilt that will sink you to the pits of hell when your judgment day comes! The world should wake up NOW and honor this young women Ashli Babbitt far exceedingly over all that unjustified hoopla and nonsense, then destruction, over that criminal Floyd who did nothing for anyone but himself and even there he failed miserably having no moral compass or the slightest bit of integrity; while this woman cared for and served her country and fellow Americans! She is a hero; to me a saintly wonderful lady and mother! But you depots out there you know who you are and more importantly God’s know who all of you are; you should be ashamed and cower in fear of the Almighty because His final judgment of all souls will come. Bergoglio encouraged and supported the blaspheming Biden and Democrat Party Agenda who have pushed full term day of delivery abortion, the murder of so much innocence, along with so many other atrocities by just giving a green light to Biden’s run for president; so he takes on all of his evil baggage, sharing in the guilt or lack of moral responsibility and conscience; even some culpability in this tragic event that he the fake Pope enticed by taking part in the evil global politics agenda and he is damned to God’s harshest judgment imaginable for it we can be certain; that is what Holy Scriptures say about anyone who so unrepentantly blasphemes God Almighty. Amen.
Ashli Babbitt; an Honorable American Heroine, Proud Patriot, USAF Veteran, cherished Mom and a Martyr in order to bring light to all of this evil in America’s government that has culminated with a grave falsehood of a criminal evil man being elevated through a fraudulent election to become the president. Her life has served a greater purpose than we can imagine or know right now! Amen.
Lawrence Morra III

Catholic bishops strongly condemned pro-Donald Trump protesters’ incursion that penetrated the Capitol Building Wednesday as Congress debated the certification of the 2020 presidential election results, leading to the evacuation of lawmakers and the deadly shooting of one protester by law enforcement.

“I join people of good will in condemning the violence today at the United States Capitol,” Los Angeles Archbishop Jose Gomez, president of the U.S. Conference of Catholic Bishops, said Jan. 6. “This is not who we are as Americans. I am praying for members of Congress and Capitol staff and for the police and all those working to restore order and public safety.”

“The peaceful transition of power is one of the hallmarks of this great nation,” he added. “In this troubling moment, we must recommit ourselves to the values and principles of our democracy and come together as one nation under God.”

In his own statement, Archbishop…