Not much to say except that; DAMN STRAIGHT!!! Time for all FREE PEOPLES to RISE-UP AGAINST THE FASCIST EVIL GOVERNMENTS that are ramming down the throats of the “PEOPLE,” TOTALITARIAN OPPRESSION and JABS that are BIO-WEAPONS TO KILL!!!

DO YOU HEAR US YOU EVIL GLOBALIST OFFICIALS WHO OBEY YOUR ALMIGHTY BIG PHARMA AND SATAN! BACK THE FHUCK-OFF! OR BILLIONS OF WE PEOPLE WILL BE COMING FOR EACH AND EVERY ONE OF YOU AND RESTORE JUSTICE FOR THE PEOPLE!!

Hannah Arendt beautifully explains; “Yes, there is a time when good men and women must stand up for what’s right, even when it involves risk, but that moment comes only after evil has already been well established and is powerfully on the move.”

“In the 20th century, however, the actions of such people led directly to the murders of 260 million people. And they did this precisely by avoiding decisions… by merely obeying. People think of murder, lying, and robbery as sins, but none of those has nearly the death toll of obedience.”

“And so, the vast majority of evil done on Earth traces back to minds and wills that have been abandoned to fear and laid on the Altar of Obedience.”

Even the basis of the of the ancient and modern version of the Hippocratic Oath requires basic conscience and highest ethical principles be applied in all medial care and or procedures being carried out by a physician!.

The Hippocratic Oath has been eclipsed as a document of professional ethics by more extensive, regularly updated ethical codes issued by national medical associations, such as the AMA Code of Medical Ethics (first adopted in 1847), and the British General Medical Council’s Good Medical Practice. These documents provide a comprehensive overview of the obligations and professional behaviour of a doctor to their patients and wider society. Doctors who violate these codes may be subjected to disciplinary proceedings, including the loss of their license to practice medicine. Nonetheless, the length of these documents has made their distillations into shorter oaths an attractive proposition. In light of this fact, several updates to the oath have been offered in modern times,[26][27] some facetious.[28]

The oath has been modified numerous times.

One of the most significant revisions was first drafted in 1948 by the World Medical Association (WMA), called the Declaration of Geneva. “During the post World War II and immediately after its foundation, the WMA showed concern over the state of medical ethics in general and over the world. The WMA took up the responsibility for setting ethical guidelines for the world’s physicians. It noted that in those years the custom of medical schools to administer an oath to its doctors upon graduation or receiving a license to practice medicine had fallen into disuse or become a mere formality”.[30] In Germany during the Third Reich, medical students did not take the Hippocratic Oath, although they knew the ethic of “nil nocere”—do no harm.[31]

In the 1960s, the Hippocratic Oath was changed to require “utmost respect for human life from its beginning”, making it a more secular obligation, not to be taken in the presence of any gods, but before only other people. When the oath was rewritten in 1964 by Louis Lasagna, Academic Dean of the School of Medicine at Tufts University, the prayer was omitted, and that version has been widely accepted and is still in use today by many US medical schools:[32]

I swear to fulfill, to the best of my ability and judgment, this covenant:

I will respect the hard-won scientific gains of those physicians in whose steps I walk, and gladly share such knowledge as is mine with those who are to follow.

I will apply, for the benefit of the sick, all measures [that] are required, avoiding those twin traps of overtreatment and therapeutic nihilism.

I will remember that there is art to medicine as well as science, and that warmth, sympathy, and understanding may outweigh the surgeon’s knife or the chemist’s drug.

I will not be ashamed to say “I know not”, nor will I fail to call in my colleagues when the skills of another are needed for a patient’s recovery.

I will respect the privacy of my patients, for their problems are not disclosed to me that the world may know. Most especially must I tread with care in matters of life and death. If it is given me to save a life, all thanks. But it may also be within my power to take a life; this awesome responsibility must be faced with great humbleness and awareness of my own frailty. Above all, I must not play at God.

I will remember that I do not treat a fever chart, a cancerous growth, but a sick human being, whose illness may affect the person’s family and economic stability. My responsibility includes these related problems, if I am to care adequately for the sick.

I will prevent disease whenever I can, for prevention is preferable to cure.

I will remember that I remain a member of society, with special obligations to all my fellow human beings, those sound of mind and body as well as the infirm.

If I do not violate this oath, may I enjoy life and art, respected while I live and remembered with affection thereafter. May I always act so as to preserve the finest traditions of my calling and may I long experience the joy of healing those who seek my help.
Wikipedia.org 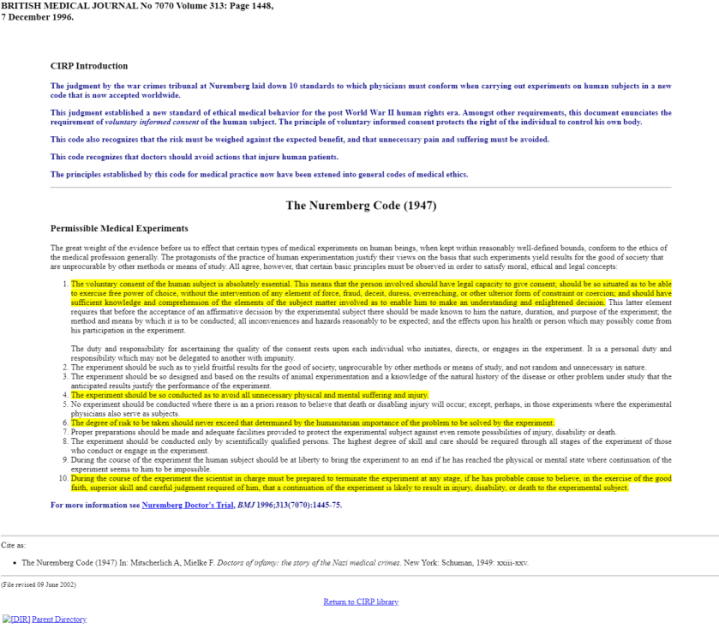 I said this back in early 2020, Pandemic to Pandemonium! I didn’t know enough of the particulars, how could I, but I knew even at the start things were not adding up and evil was in play Big Time especially with China and the WHO so directly involved with evil Fauci! And China was looking to reverse any of the good that happened here in America when Trump was elected! I had found factual documentation that Comrade General Chi Haotian of China’s Military had said as far back as 2001 that China would defeat and takeover America with Bio-Weapons which they are feverishly working on; that Chinese Commie Bastard said that right out!

Then I found almost immediately some doctors around the globe who were saying what I was thinking and backing it up with their knowledge and wisdom! This whole thing is a fucking war and it’s been planned to kill us all off if possible but we will not allow it! We the People have to put it all on the line and go after them; all of the tyrants, and put them to death just like in the times of Brave Heart when William Wallace and the Citizenry went head to head with Long Shanks and his British Army of minions! Or the French Revolution when they torn the government rulers a new one; putting them to death!

The people can do it again but they have to realize it’s going to be a bloody war and it’s do or die time anyway, they the bastards from hell have already proven they plan to kill us all!

Listen and watch this very sad and massive wake-up call to all Citizens On the Planet!

This is not them all. There are more. If you know of any please post the links in the comments.

PEI, Canadian Mom speaks out against vaccine mandates for children.  I think the rest of the world can relate to this woman. I know I certainly can. This is the only one I found with a short speech. She says it all. No child needs these dangerous vaccines. Remember there is over a 99 percent recovery rate. Odds of dieing of so called covid is very small. That is if you think covid is a real thing. It has not been isolated.

At the Worldwide RallyFor Freedom and Human Rights yesterday in Brisbane, Qld, Australia.

I AM, YOU ARE, WE ARE AUSTRALIAN