Originally posted on Looking for the Blessed Hope:
Welcome back, history buffs and Bible students!  Yesterday, we launched a new series entitled, Spiritual Lessons from Israel’s Six Day War.  If you missed our intro, click here.  You will better understand our analogies if you know the history of the Six Day War and the preparations… 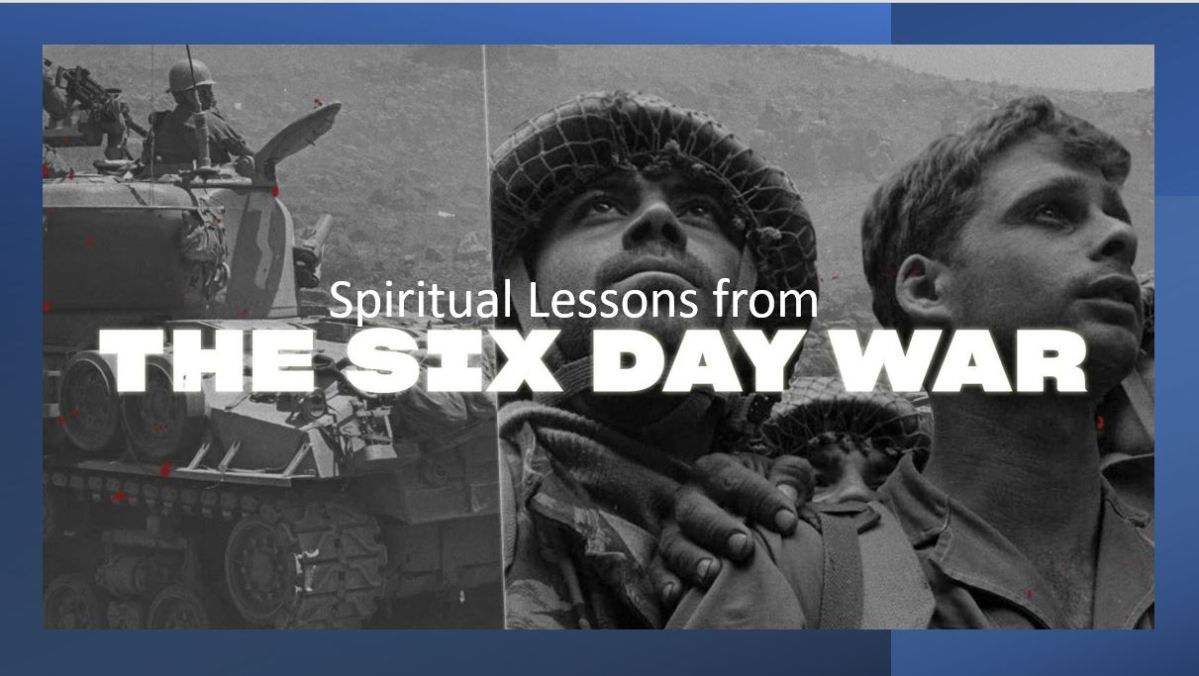 Biblical Prophecy is now confirmed and there will be no other great Kingdoms on Earth! America is the last one serving the Gentiles spoken of in the Holy Scriptures that would happen just as Prophesy said it would in the End Time.

“The Winds of Truth and Justice are Here!”

That was what I wrote in a relog of this previous article.

Since then nothing has happened to convince me that what was said back then in that article and for that matter anything said in all Biblical Prophecy isn’t absolutely true, and now; is unfolding right before our eyes!

Today and last evening I wrote in two other blog articles what came to me without any hesitation and flowed from my heart and soul; God is working in us if we are listening to Him! But rest assured Satan is absolutely working overtime in high places and through many of his most committed servants or slaves now, like no other time in all of history. This article is what I consider the ground zero of all satanic influence and the crystallization of Satan’s diabolical plan.

Here in this fine blog article is more of what we all can be thinking about and actually doing as we all move forward into what will be the most difficult and frightening time for humanity. But, if we have Jesus Christ with us in our hearts we have nothing to fear but those that should and will fear are those that have transgressed God Almighty and are in league with Satan. They are DOOMED for Eternity and there is no denying it or escaping it!

Let’s all pray fervently from deep in our hearts on bent knee each day to our Lord and Savior because He is our Rock of the Ages and Good Shepherd who is going to deliver us from all sin, iniquity and from this ever increasingly crooked world, where Satan sets up his rule over his vast multitude of minions.

I close with these words I offered from the Holy Spirit back in May at this same site that are obviously further confirmed not by me at all, but by the voice within that comes from our Lord by His Holy Ghost.

This is another sad but true escalation of the hatred and evil being directed at Israel by Hamas which we know is a Terrorist Proxy for Iran.
We need to pray devoutly to God Almighty through our Savior Jesus Christ! “This is prophecy unfolding” in our time and with the evil that has infested our US government we know that everything will get much worse. These are a most dire of times we all face so pray for our brothers and sisters in Israel as I know many of them care about we Americans and pray for us as well.
God bless you.

Welcome back, history buffs and Bible students!  Yesterday, we launched a new series entitled, Spiritual Lessons from Israel’s Six Day War.  If you missed our intro, click here.  You will better understand our analogies if you know the history of the Six Day War and the preparations for it.

Make no mistake, Israel won the war because the hand of God moved in her favor!  They also followed Biblical principle.  What do these verses teach you about preparing for battle:

Indeed, the best chance of success in war is to have a plan.  One of the first strategies in planning is to know your enemy!  Israeli intelligence sent spies into Egypt to understand the enemy and their plans, and we are wise to employ the same strategy to escape the snares of the devil!

6 thoughts on “Satan: Our Constant Enemy”