Originally posted on Catholicism Pure & Simple:
Fauci speaks at White House Covid presser By George Neumayr at The American Spectator: The American people find themselves under increasing pressure to entrust their lives to collectivists who don’t even believe in the right to life. Anthony Fauci and company preside over a culture of abortion that…

Ezekiel Emanuel and Biden along with the lion’s share of the Democrat party are not for Democracy or Life they are Hypocrites on steroids and to me these are truly diabolical human beings. They being in positions of great influence use it as a personal tool to advance their own warped and even insane agendas and egotistical lusts or perhaps as I believe in Biden’s case actually his being a conduit for real diabolical evil from hell! Look at what has happened in just several months with these destructive and devious renegade bureaucrat politicians, pushing a once great Nation under God toward absolute heathen, atheistic communism, and right into the lap of Satan! 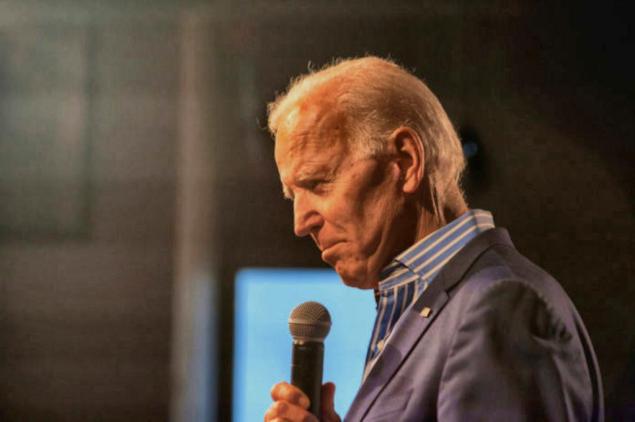 Here are a few direct quotes from the Founding Fathers of America that to me in contrast to these words and thoughts from the current occupiers of America’s government plainly point out what sort of characters are running rampant in America’s halls of governance and Justice; let alone church or following Almighty God for divine guidance, which we know they are not!

John Adams
Second President of the US
“We have no government armed in power capable of contending in human passions unbridled by morality and religion. Our constitution was made only for a moral and religious people. It is wholly inadequate for the government of any other.”
1798, Address to the militia of Massachusetts

“The experiment is made, and has completely succeeded: it can no longer be called in question, whether authority in magistrates, and obedience of citizens, can be grounded on reason, morality, and the Christian religion, without the monkery of priests, or the knavery of politicians.”
1788, “A Defence of the Constitutions of Government of the United States of America”

Alexander Hamilton
First US Secretary of the Treasury
“In my opinion, the present constitution is the standard to which we are to cling…. Let an association be formed to be denominated ‘The Christian Constitutional Society,’ its object to be first: The support of the Christian religion. Second: The support of the United States.”
Apr. 16-21, 1802, Letter to James Bayard

Patrick Henry
Member of the First Continental Congress, Governor of Virginia
“The great pillars of all government…[are] virtue, morality, and religion. This is the armor, my friend, and this alone, that renders us invincible.”
Jan. 8, 1799, Letter to Archibald Blai

Here is what I wrote about these same host of characters on May 12, 2020 which unfortunately proved itself out as to there being so many in our citizenry that cheered them on and many still do in spite of the complete failure by all of them to even uphold their sworn oath of office to Defend and Protect the Constitution of the United States of America and it’s Citizens from all enemies foreign and domestic; which they absolutely are not!

A time when we see a most Despicable, Lying Crony Career Politician such as Creepy, Crazy, Hypocrite Joe Biden actually running for president of the greatest country on earth; that is of course until it sank into moral decay and deceit on an unimaginable scale to where there are now countless minions of diabolical evil that are actually cheering on this human devil of a man Biden to be their leader, especially the entire Democrat Party that is a refuge of misfits, the worst sinners, liars, cheats, communists, perverts, murderers, backstabbing human scum of the earth, that to me are worse than what I’ve seen in cesspools over the course of my lifetime! A world where a dirty rotten wicked minion and cohort of hell Nancy Pelosi can lead the Democrat Communist Party toward the destruction of America with impunity and with a thrill as she does it, wielding totally corrupted human earthy power even as she claims to be a Catholic just like Biden does, while not even living in the slightest way in accordance with the teachings and tenets of the Church that follows strictly through thousands of years of theologian accurate deciphering of the Holy Scriptures; in order to live in the way that Jesus Christ Himself instructed the faithful to live. Everything they do is in complete opposition to any degree or fragment of what Jesus taught; but rather they blaspheme God!

Now here we are August 16, 2021 with these despicable despots actually ruling the roost as it were!

I did close out that article with these words of hope!

I hope and pray that more of you out there are wise and loving of your Creator than I could possibly imagine, and that you don’t want to allow this darkness to overshadow all of the good that still is out there in or on God’s beautiful earth; because if you do believe and stand tall to these adversaries showing good faith, which God will allow to serve as a penance, giving special graces to us to soften and reduce much of the suffering that is on the way to destroy humanity once and for all! Please hear my plea and try your best to give up the things of this sick, corrupted sinful world and put all of your hopes and love in God, who loves you more than you can ever imagine, who is only seeking to ask you to remain by His side, in order to take you home to your eternal life with Him and all that is good; to be in peace, love, joy and happiness for eternity!

These words still apply and apparently were meant to mean even more now well over a year after I wrote them. Amen.

1 Peter 5:8 (ASV) “Be sober, be watchful: your adversary the devil, as a roaring lion, walketh about, seeking whom he may devour.”

By George Neumayr at The American Spectator:

The American people find themselves under increasing pressure to entrust their lives to collectivists who don’t even believe in the right to life. Anthony Fauci and company preside over a culture of abortion that grows more macabre with each passing year.

“The Department of Health and Human Services (HHS) has funneled at least $2.7 million into a University of Pittsburgh (Pitt) project that utilizes a tissue bank with organs from aborted fetuses, according to a release from Judicial Watch Tuesday,”reportedFox News last week.

Earlier this year, Pennsylvania’s state legislature held a hearing in which members discussed an experiment involving grafting fetal scalps, containing “full-thickness human skin,” onto rodents. That particular project utilized tissue from the university’s human tissue bank. It was also supported by grants from the National Institute of Allergy…

9 thoughts on “Collectivist Bullies. Why should the American people trust them?”