Yes Jeanne it is about time that many more folks awaken to the reality of what’s really been going on; as in the biggest Scam to be unleashed upon the entire human race in history by some of the most sinister diabolical sub-humans to have ever lived!

The entire fiasco has only continued for 18 months more than it should have because the dirty trick was to keep the charade going by MSM propaganda while inhibiting actual natural herd immunity from doing its thing to establish the typical equilibrium that occurs in nature and with any SARS2 COVID cold like virus to circulate the planet!

I’m no doc but I checked out some of the most notable and forthright ones around the globe early on and shut the damn MSM completely off because I know from working in that business how sinister corporate forces had been and now linked with evil minded globalist’s manipulate public opinion and thought! Its called good old fashioned brainwashing but on digital steroids now!

Primarily what I wrote earlier today I would say tied in with all of this pointing out what mechanisms are at work around the planet to perpetuate this horror story, but I have to say by the results over time; I decided that ground zero has been and is right here in the USA! They’re all involved from politicians and health system administrators to the CIA! Here is a chunk of what I’m saying today and the link to the blog posting!

For Sharing and Informational purposes on this platform only.

Democrats Prove They Can’t Even Keep a Promise For 24 Hours
Author: Tom Graham
2021 The Bearded Patriot. All Rights Reserved.

I just wrote in one of my recent essays how AOC and Omar were proven anti-Semitic enemies of not only Jews but of America and our Founding Principles based on a US Constitution that our Founders explicitly say thought-out this Republic’s Founding Period within this government’s documents and personal correspondences, that this is a Nation under God; the Judaeo-Christian God. These two witches are enemies and should not be in this country; let alone our Congress of the People!

“White House press secretary Jen Psaki already made it clear in July that nothing is “off the table” with regard to culling people online who support body autonomy.” What you stupid dumb ass leftist FREAK? You call people that are in America a FREE COUNTRY that have the RIGHT to decide what is RIGHT for their own BODY AND HEALTH in regard to medical care but you 100% support a Woman’s Right to do what she wants with her own body and kill an unborn human being in her belly!!! You hypocritical poor excuse for a whatever! You are obviously a part of the problem and I say EVIL! Tell you what Psaki; what should be off the table is you in our government! You should be peeling potatoes in some Women’s Prison! This woman is; as Lee wanted to bring up Nazi Germany, the equivalent of Nazi Germany’s SS Propaganda Minister Josef Goebbels!

With this link to the current essay are several included links to previous writings on this topic! 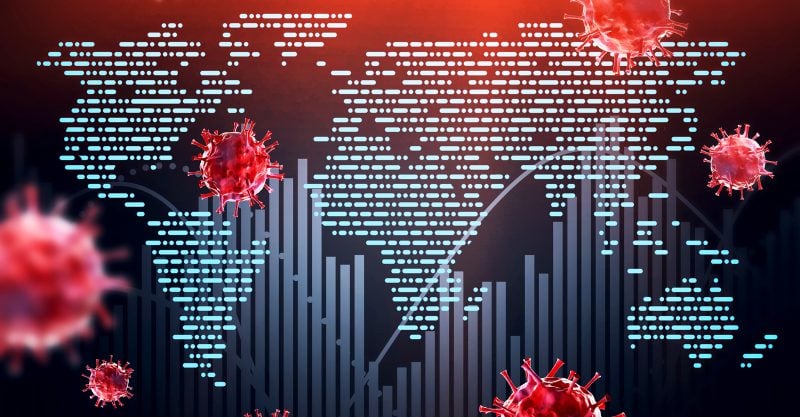 Eighteen months of COVID-related health data show the numbers promulgated by public health officials and mainstream media vastly overstate the risk of COVID and downplay the risk of vaccines.

From the beginning of the series of events branded as a global health emergency, many people have smelled a rat.

Whether one looks at leaders’ willingness to engage in wanton economic destruction, or the rapidity with which billionaires have amassed new wealth or the multisectoral efforts to link and mine people’s intimate data, it is not hard to recognize that something much larger than a health crisis is afoot.

However, even if one restricts oneself to the narrow confines of the health narrative, 18 months of data — emerging in spite of ferocious censorship — have repeatedly illustrated that the official story is full of lies and omissions.

One of the biggest holes in the…