Originally posted on PA Pundits International:
By Ronald Stein ~ Sir David Attenborough, the 95-year-old legendary wildlife filmmaker told Anderson Cooper on 60 Minutes: “A crime has been committed” and that urgent action is needed to save nature to save ourselves. The crime rests on oil for allowing the world to populate so proficiently the… 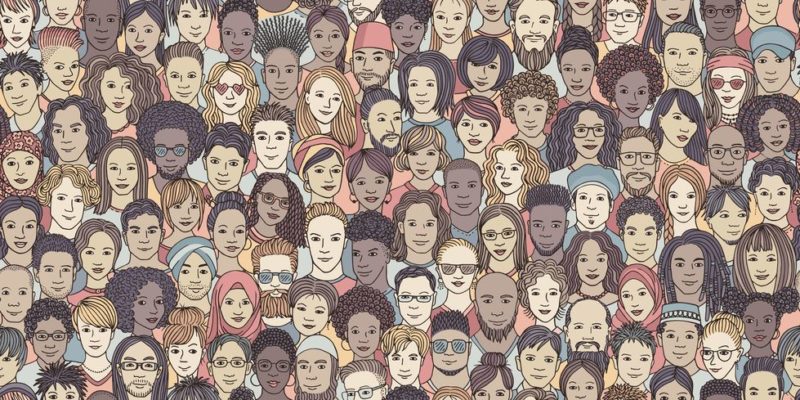 Ah yes the Great Sir Wizard of Nature thinks we should all still be scurrying around like baboons and that the only meaning to all of this existence is Mother Nature and maybe Harry Potter along with of course Merlin the Magician who I’m certain Sir Nature Man prefers over God Almighty or any such notion of there being a wiser and higher authority in all things than he; but he does worship, nature his God!

He reminds me of the Al Gore sort who claim there is Global Warming because of us people, which did then shift to Climate Change; in order to fit the actual science that is proven and not the junk type variety these self-proclaimed prophets shout out to the world! They all remind me of people that are foolish enough to think we should prepare for Continental Drift which I’m sure at some point someone on the left fringe will start demanding we all do. Perhaps Greta the Teen girl can help them promote that one too!

This excerpt leaves room to question some data; “While the pandemic has accounted for more than 600,000 fatalities in America, the numbers pale when compared to those poorer countries that are experiencing 11 million children dying every year. Those infant fatalities are from the preventable causes of diarrhea, malaria, neonatal infection, pneumonia, preterm delivery, or lack of oxygen at birth as many developing countries have no, or minimal, access to those products from oil derivatives enjoyed by the wealthy and healthy countries.”

We know by now that the number of people who died from the direct cause of Covid-19 was skewed by all of the manipulation of the death counts throughout the nation and world by corrupt politics and mass media to count annual flu and just about anything else that was linked to these mortalities as being Covid-19 deaths. So the number would be much less to start with and it’s all relative anyway. If the world didn’t advance to this point were mankind was extracting oil from the earth to propel Modern Technology forward to provide as you mentioned all these breakthroughs of science and medicine; I agree the world population would be much smaller exponentially. But even with fewer humans populating this planet, the brutal truth is those people would be facing hunger and disease continually that would cause mass death tolls as well, the Middle Ages Black Death is just one such case in point and surely the life expectancy based on those conditions in that scenario would be devastating no matter how you slice it. One only need study what happened to the Mayan Civilization and what extremes they resorted to in order to understand what the horrors of a low technology world would actually mean or actually there not being any panacea or utopia world like Sir Wizard contemplates would be the case in his imagination!

And then there is of course this reality that all of these Green Thinking experts leave out of their calculus or just pretend doesn’t matter and I quote; “less healthy countries that are enslaving labor in mines and factories to provide the exotic minerals and metals required for the green energy technologies for the construction of EV batteries, solar panels, and wind turbines, and with the Saudis and Russians for the oil demands of America.”

People like Natures Attenborough along with the left and MSM cause so much damage propelling a false narrative to be propagated politically just like we saw here in the US with the Biden Administration shutting down the Keystone XL Pipeline damaging the US economy, energy Independence and destroying tens of thousands of good jobs!  Then to only sift that oil production capacity shortage to Russia, our enemy; who will not hesitate to use their upper hand with America or any other country when the opportunity to do so comes; being a totalitarian mindset Nation of Communism.  All the while oil production levels will be increased and maintained on into the future!

Shouldn’t this guy have retired by now and just be sitting in some corn field listening to the crickets, I mean 95 is long enough to be a preacher of Natures Divinity and Superiority to men don’t you think!

I’m going to say with certainty that Mr. Nature Wizard Attenborough is dead wrong and a poor lost soul in this universe that to me never quite saw the forest for the trees even though he was practically swinging in them with the monkeys for decades! And I’ll defer to an actual brilliant scientist that I do have indeed great respect for, who was far more intelligent than myself or Mr. Nature Wizard Attenborough, but never did allow that super intellect; such a pun on words here, to go to his head, but rather kept his heart in the right place!

A man we all know was a remarkably brilliant person who I think even though his head was immersed in the world of science and theories he had a keen insight into God’s presence and reality like few people can achieve with our limiting cognitive faculties; he did express great respect and love for God which was present and genuine in him; therefore we can say God will judge him accordingly, I know for myself Einstein was a good and respectful soul in this world, so I do wish him well. What follows I was writing about back at this mentioned date.
Sunday, May 03, 2009

“The most beautiful and most profound experience is the sensation of the mystical. It is the sower of all true science. He to whom this emotion is a stranger, who can no longer wonder and stand rapt in awe, is as good as dead. To know that what is impenetrable to us really exists, manifesting itself as the highest wisdom and the most radiant beauty which our dull faculties can comprehend only in their primitive forms – this knowledge, this feeling is at the centre of true religiousness.”
-Albert Einstein – “The Merging of Spirit and Science”

This man the father of physics had said a few great one liners but two that stand out are these. He referred to God as the “Old One.” He speaking to other physicists was known to have said during a discussion about the Big Bang Theory in which one scientist said that with enough random events occurring in this pre-millisecond before it happened eureka the right combination occurred; Einstein just plainly said; “God doesn’t roll dice.”

So with that, I’ll bid you adieu and close by saying; I will leave all the planning to the Old One!
God bless you and our world!

Sir David Attenborough, the 95-year-old legendary wildlife filmmaker told Anderson Cooper on 60 Minutes: “A crime has been committed” and that urgent action is needed to save nature to save ourselves. The crime rests on oil for allowing the world to populate so proficiently the last few centuries and giving Sir David the opportunity to attain the ripe old age of 95 and to travel the world more than most.

In the 1800’s most people never traveled 100-200 miles from where they were born. Life expectancy throughout Europe hovered between 20 and 30 years of age. Food shortages and insecurity were leading concerns in the 18th century, especially in Europe, and these were exacerbated by reduced harvests yields. Disease was another leading cause of death, with rats and fleas being the common carriers of disease, specifically plagues, during this era. 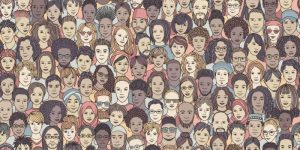 Just a few hundred years ago, before oil…