“The experiment is made, and has completely succeeded: it can no longer be called in question, whether authority in magistrates, and obedience of citizens, can be grounded on reason, morality, and the Christian religion, without the monkery of priests, or the knavery of politicians” 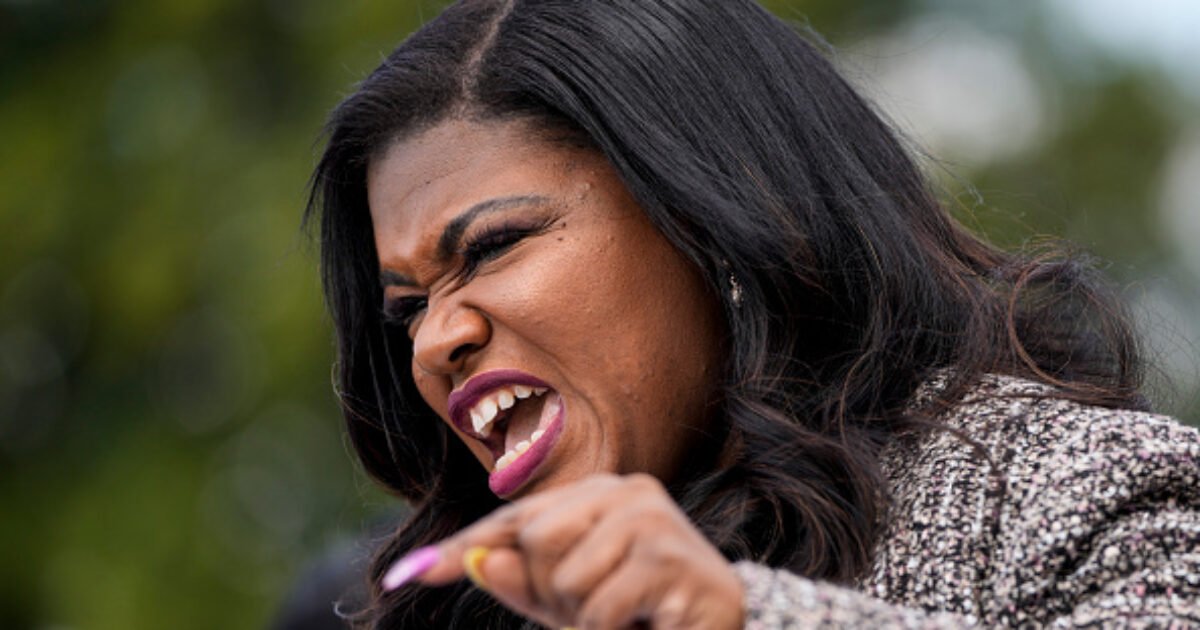 For informational sharing purposes only on this platform. 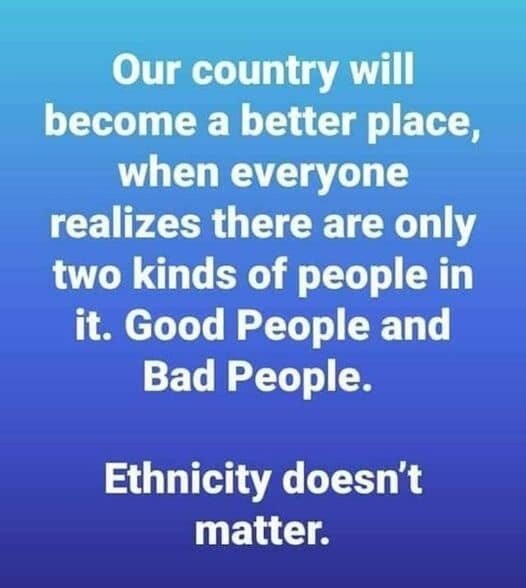 Second President of the US

“The experiment is made, and has completely succeeded: it can no longer be called in question, whether authority in magistrates, and obedience of citizens, can be grounded on reason, morality, and the Christian religion, without the monkery of priests, or the knavery of politicians.”

1788, “A Defence of the Constitutions of Government of the United States of America”

“Of all the dispositions and habits which lead to political prosperity, religion and morality are indispensable supports. In vain would that man claim the tribute of Patriotism, who should labor to subvert these great pillars of human happiness, these firmest props of the duties of Man and citizens. The mere Politician, equally with the pious man, ought to respect and to cherish them. A volume could not trace all their connections with private and public felicity…Let it simply be asked where is the security for property, for reputation, for life, if the sense of religious obligation desert the oaths, which are the instruments of investigation in Courts of Justice?”

“The cause of America is in a great measure the cause of all mankind. Where, say some, is the king of America? I’ll tell you, friend, He reigns above.” 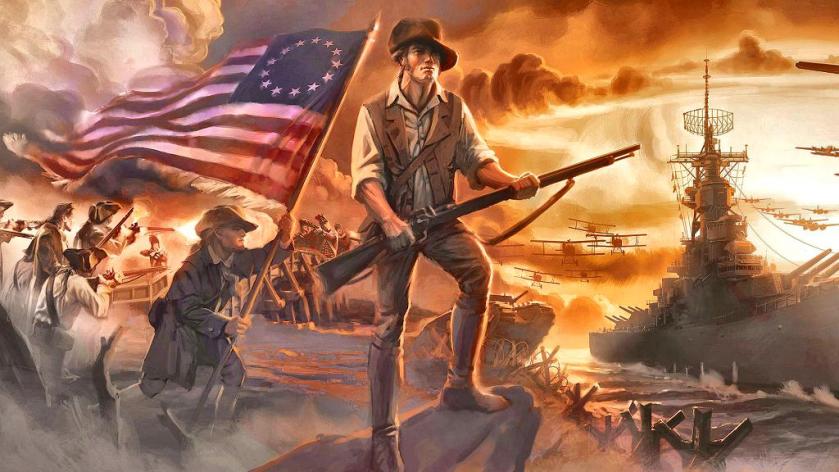 She has time for this vitriol stoked hate of AMERICA? I thought she was too busy buying all those mansions with her ill-gotten gains like some big shot that suffered and worked her whole life to earn those mansions!  Something doesn’t compute here folks!  And someone has a huge problem; guess who that might be!

What an Ignorant Ingrate!  The whole planet has never been a static place with Human Beings just living idyllically until some White people came and ruined their lives! You want to talk about slavery and how the tribal chiefs in Africa used to sell off their own people for selfish gains or how the ancient Turks spread a Caliphate throughout northern Africa and Europe enslaving whites and blacks?  Sounds like a reality check is in order for you!

You with all Americans have advanced through the struggles of humanity just like in all regions of the world; that is what it’s all about!  Would you rather be in some cave huddling with a bone to chew on!  No; but you sure want to advance hate and rage upon a land that you should be kissing the ground you stand on, for being so blessed to be here rather than where your ancestors came from or any other place on earth for that matter; even now!

You get elected to a high office and then spew your vitriol upon America and its people those citizens dead or alive who suffered to give you the rights you have to live free and make your life something; if you want to do the work!  All you want is trouble; and you live for selfish deceit, gain and hate!

Here’s a delightful sample of the leftist’s insanity and uneducated stupidity they spew daily!!

“Former MSNBC anchor Touré took to social media to promote an editorial he wrote: “F**k Fourth of July: The only independence day I recognize is Juneteenth,”

Toure included a distorted version of why America was founded in the caption of the tweet.

“F*ck Independence Day. Not only were we not free, the whole reason the Colonies wanted independence was because Britain was moving toward abolishing slavery. Why would Black people celebrate a day so wrapped up in our enslavement?” he tweeted.

Absolutely false and with a real history lesson and not that garbage they brainwashed you with in Liberal Universities, you would find out how your current Dem VP Kamala had a grand daddy “Hamilton Brown” who was a prolific Slave Trader from Ireland trading white and black slaves; and his African chieftain slave traders in Africa even used young children as chattel!

Maybe you should travel the world and find the place that fits your wacky, twisted leftist perceptions of what life should be according to you!

Read what I wrote in this other article which I know to be Truthful from my heartfelt sentiments based on “Truth,” just for all white or black people like you; regardless of skin color!

God bless America, the Land of the Free and Home of the Brave; my Home Sweet Home!  Amen. 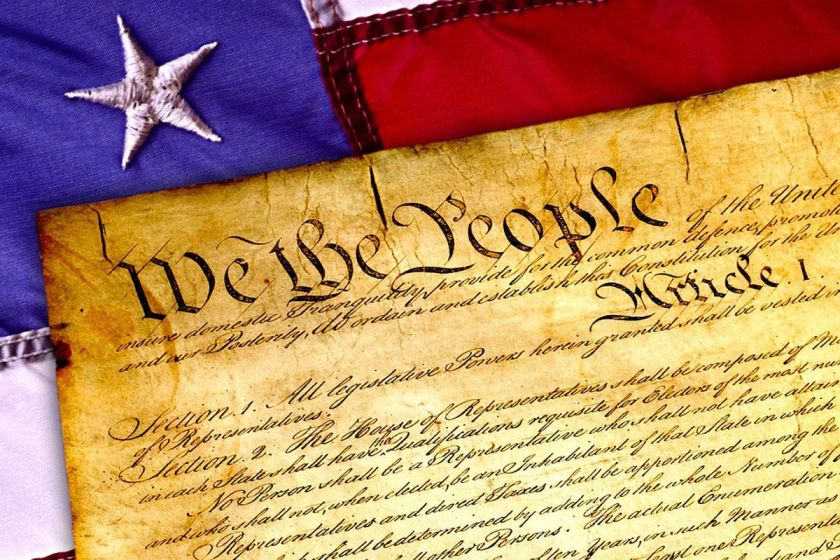 Just as one might expect, racially divisive woke Democrats rained all over this year’s Fourth of July celebration.

Be it college ingrates announcing on video that they aren’t proud to be American, with some even saying they were “embarrassed,” or The New York Times declaring that flying the American flag from the back of a pickup truck is a divisive act, there was plenty of hate to go around.

But few matched the hatred on display by U.S. Rep. Cori Bush, D-Mo., who took to social media on Independence Day to claim black people are not free in America.

“When they say that the 4th of July is about American freedom, remember this: the freedom they’re referring to is for White people. This land is stolen land and Black people still aren’t free.”

The remarkable thing about Bush is that if she was a Republican, there’s little chance that she would be a U.S. Representative.

The freshman Democratic lawmaker is a trained faith healer for a religious group that claims it has resurrected the dead and healed thousands of folks suffering from AIDS, cancer, paralysis, and other serious illnesses.

Bush founded and served as pastor at the St. Louis chapter of the Kingdom Embassy International church from 2011 to 2014. The presiding apostle of the church told the Washington Free Beacon that he trained Bush to become a faith healer and that she began conducting healings.

Can you imagine the headlines about Bush steering the sick away from desperately needed medical treatment if she was a Republican? CNN may have run an on-screen tracker estimating how many folks could have died by delaying actual treatment.

Bush wasn’t the only radical leftist hating on America Sunday. Former MSNBC anchor Touré took to social media to promote an editorial he wrote: “F**k Fourth of July: The only independence day I recognize is Juneteenth,”

Toure included a distorted version of why America was founded in the caption of the tweet.

“F*ck Independence Day. Not only were we not free, the whole reason the Colonies wanted independence was because Britain was moving toward abolishing slavery. Why would Black people celebrate a day so wrapped up in our enslavement?” he tweeted.

Representing white guilt liberals, actress Alyssa Milano also got in on the fun with a TikTok video featuring this message: “Reminder: The United States was founded on the unjust treatment of Native Americans, Africans and other people of color.”

Bush’s tweet sparked a wave of anxiety from liberals who apparently despise America with every fiber of their being yet, interestingly, refuse to leave. Case in point:

On the other hand, her despicable tweet sparked a wave of criticism from rational-minded Americans.

Link to whole article in case some performance of data not functioning for you.

9 thoughts on “The Skin Color Doesn’t Stand Out to Me; But the Miserable Ingrate Does with Flying Colors!”