A Most Compelling Message from Heaven
Zero Lift-Off by Lawrence Morra
Thank you for bringing this most enlightening essay and noteworthy reporting of the long standing mystery of the Fatima Marian consecration of Russia message, given to the faithful and all human souls from our heavenly Father by the Blessed Mother Mary. The encapsulating of this most important God sent message to all of humanity with the now current global developments is comprehensive and clear. I’m one who believes that so many people even some of the faithful are and will fall away from this imperative message that is manifesting before our very eyes because with what has occurred in plain sight combined with the readily available history is so obvious as to its validity and grave importance; yet many people are going off the precipice, as it were, ignoring the earth shattering facts or dynamics at work disrupting the Church, families, societies and indeed all civilization; they are the blind leading the blind or the totally rebellious who do not care one Iota about anything or anybody, which is the lowest level of human lack. To possess all the gifts and faculties that God bestowed upon human beings making them in His image yet they defy God and totally turn their backs on Him, which is beyond blaspheme, and the beasts of the earth are better than these! But, sadly this is what it has come to and this is so imperative; the entire message of Fatima is about to be fulfilled or tossed aside leading to the earth shattering consequences, which will be complete doom for the human race and this planet in my humble opinion! In a sense it’s like an olive branch being offered to say this is the true test of the willingness of humanity to join together and stop the impending doom for the sake of many more souls being saved from hell. This is one big last ditch effort since the previous two World Wars and now the multifaceted Third World War that we are already in. Time is running out for sure and I have compiled a list of many of the articles and essays that I wrote over the last year, that each one in its own way is touching on this urgent matter of conflicting forces at work, which are no doubt in my mind spiritual and completely opposing in all dimensions. We are talking about Good and Evil, Heaven and Hell; regardless of who the earthly individuals are or which nations are incorporated into this battle, which in my mind’s eye, it all comes down to what I know in my heart is the ratcheting up to a final End Time Conflict. I hope and pray that some people will gain further inspiration or clarity about some of the events that have been happening all over the globe, or that in thinking about the situation further they will be compelled to pray the Rosary and seek God’s guidance in all things via the Holy Spirit through our Lord, Savior and Redeemer Jesus Christ! Amen.
Lawrence Morra 6/12/2020

By Maike Hickson at LifeSiteNews: 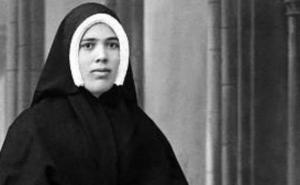 There is a small part of an interview conducted by the well-respected American historian and book author, William Thomas Walsh, with the Fatima seer Sister Lucia that might now strike a special note with us, in light of the ongoing disorderly and revolutionary conditions in the U.S.

Sister Lucia of Fatima was one of three children who witnessed apparitions of the Blessed Mother in 1917 in Fatima, and she continued to receive messages from heaven for years afterward. One of the messages pertains to the then-impending Bolshevik Revolution in Russia and the need to consecrate Russia to the Immaculate Heart of Mary.

In 1947, Professor William Thomas Walsh authored a book about Fatima, titled Our Lady of Fatima, at the end of which he recounts in an epilogue an interview he had conducted with Sister Lucia of Fatima the year…