Originally posted on Catholicism Pure & Simple:
“[Satan] will set up a counterchurch which will be the ape of the [Catholic] Church … It will have all the notes and characteristics of the Church, but in reverse and emptied of its divine content.” We are living in the days of the Apocalypse, the last days…

Kathleen thank you for presenting this again because Archbishop Fulton Sheen was a prophet without any doubt. What he was saying then is unfolding now, only what’s happening along with the circumstances; has worsened exponentially!

I had actually been thinking and writing along these lines over the last 24 hours. I began responding to this critically important and beautifully well written article, when I realized it was going to end up becoming a couple of essays all in one reblog commentary; so I’m inserting a portion of my thoughts here with an added link to my complete article I’ve written today.

By artistic imagination and vision the great renaissance masters depicted the height from which mankind had fallen in such beatific renditions that captivated the heart and soul giving the onlooker a sense of heaven.

But today these visionary arts with their generation are long past and we have been catapulted into a generation of High Tech bombastic Helter-Skelter visions of cold harsh technology with all of its artificiality and bleakness.

That ancient generation was a time of the uplifting of humanity, a time when certainly the majority of citizens would see the destruction of the unborn as clearly diabolical and wicked.

This wayward generation that we are in in now has flipped that idea on its head and even flipped out, to where life, even the innocent unborn is now denigrated as being just fetal tissue; from a fetus not a human being, because until it is a born breathing baby one can hold; it’s not a human being. How preposterous and evil an idea! What about it’s God given soul! Surely those that see it as just tissue don’t believe in any soul or God Almighty!

Here is just an excerpt from This poem “To a Waterfowl”

By William Cullen Bryant It Does speak to what I see as how we can survive through the present turmoil and coming storm! The key is in each of our hearts if we will unlock through Jesus!

“Thou’rt gone, the abyss of heaven

Hath swallowed up thy form, yet, on my heart

Deeply hath sunk the lesson thou hast given,

And shall not soon depart.

He, who, from zone to zone,

Guides through the boundless sky thy certain flight,

In the long way that I must trace alone,

Will lead my steps aright.”

I see how people looked at reality and humanity back when he wrote this poem were true to seeking paths of righteousness for His name sake, but today far too many are for the most part transfixed in a now blasphemous twisted and concocted alternate reality of perversion, debauchery and sin.

The Devil is loosed and many are serving him without hesitation, taken possession of; by the temptations of money, power and fame! They literally sell their very souls as I mentioned earlier, and as you are well aware, belonging to our Father in Heaven; just for a bit of tantalization and glory now!

Don’t you be one of those that gives in to this trap, resist and remain steadfast in your faith regardless of how bad things get, just remember this was never meant to be a picnic or a joyride that keeps on going; “ its where we are going that matters;” and the choice is completely your own. Open you hearts to the Lord, and, “let go and let God!”

Here is the link to the full blow effort today. I hope that you gain at least a modicum of hope in your heart. 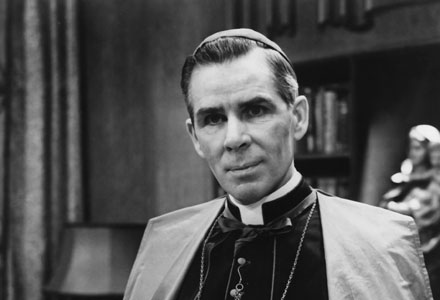 “[Satan] will set up a counterchurch which will be the ape of the [Catholic] Church … It will have all the notes and characteristics of the Church, but in reverse and emptied of its divine content.”

Christ’s Church the Catholic Church will be one; and the false Prophet will create the other.

The False Church will be worldly, ecumenical, and global. It will be a loose federation of churches and religions, forming some type of global association.