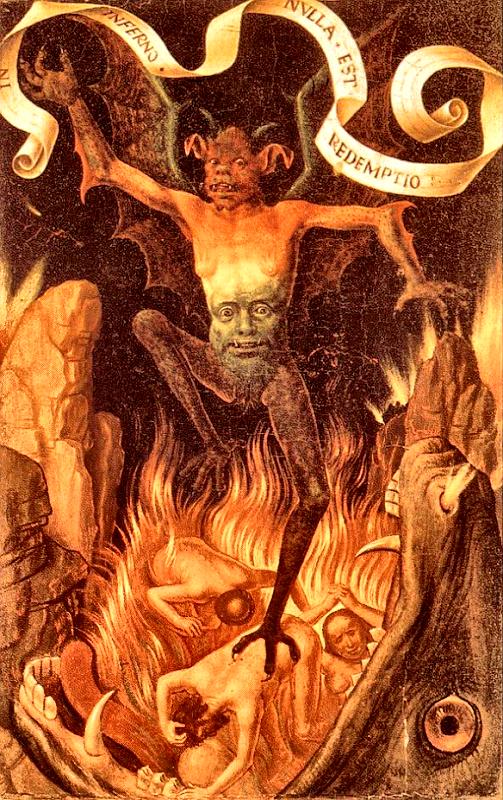 Some dudes were saying the Pope thinks its fine for any Catholic to take the vaccine; as aborted human fetal cell lines retrieved decades ago is far enough away from the murder of the innocent baby to be culpable in any way now!  I’ll say it like it is and how they sound to me!  Time to Man–up and take what I say with a grain of salt or take it to heart; the choice is your own!  They’re both imbeciles! Don’t forget they’re speaking to the world getting on this internet, cyber flapping their lips in a manner of speaking, and saying that just because Popes take this vaccine means all Catholics should; is crazy!  And, the way Bergoglio operates do you think I believe anything he says or does; is he too noble to lie and fake us out taking a placebo?  I don’t care if he takes 50 vaccines and says it’s all good with God; I don’t listen to him at all; the man is stained with diabolical intent which he has demonstrated time and again!

Do we recall the Pachamama human sacrifice artifacts he allowed to be inserted into Holy Church proceedings; one a pagan goddess into the Vatican and on another occasion a bowl used for human blood during human sacrifices, that he brought into the Saint Peter’s Basilica.  “October 4, 2019, Pope Francis blessed the controversial pagan “Pachamama” statue in the Vatican gardens, as a special prelude to the opening of the Amazon Synod. Numerous bishops, cardinals and theologians condemned the ceremony. Cardinal Burke went so far as saying that “diabolical forces” have entered St Peter’s Basilica.” veritas-vincit-international.org   This same fraud Pope said never try to to convert unbelievers! This is a man to follow?

What are your medical degrees and or extensive scientific credentials to make such blanket statements to others? First these vaccines are gene therapy manipulations, to me bio-weapons, and they weren’t tested over many years to determine their efficacy and long or short term effects; and now we plainly see many horrible short term effects taking place, even the creating of worse variants because of the vaccines that are lethal; yet you think it’s OK to dispense them to anyone? All rushed to market for a cold/flu type virus that actually had a survival rate near 99.98% globally and could be treated effectively with Ivermectin, Hydroxychloriquine with vitamin D and zinc, that were all being banned or prohibited by said governments as appropriate treatment, in conspiratorial fashion throughout America and beyond; with evil maniac bureaucrats like Fauci and our corrupted CDC playing us for fools with lies and cover-ups!  This sanctioned by our medical establishment in cahoots for the most part as the Governments started pulling medical licenses from doctors that used these effective treatments; I personally have a doctor/friend they did this to!  They wanted to make sure we get the JAB!  So that is a red herring and anyone should smell a rat here in this nightmare!  This evilly concocted “witch’s brew” is killing and crippling people so it’s a forgone conclusion that something is terribly wrong, and people that take these in my opinion are being sheeple and stupid!  They not only sign their own death warrants but they promote the same for the rest of us who discern the truth from the fiction but will get boxed in the more people go along to get along; fearing all this government propaganda of passports and lives being restricted to where basic human freedoms are stripped away; so the thing they hope to hold onto they end up tossing into the trash heap!  So they foolishly believe, they cave to this and what, the governments will be nice and make sure we have freedom?  They will crush all of our rights once they have us over the proverbial barrel!

They are already prepping the military to be a WOKE one, so they will obey the dictators without hesitation; I tasted this effect several months ago with the local constabulary being very Nazi like with knee jerk reactions to people like me being in an empty bank lobby with no mask!  I guess even in a bank looking like a robber is the new normal or in-look!  The Governments can take a flying leap to hell; as far as I’m concerned they are all corrupted worldly institutions NOW with the NWO push; that are poisoned with evil from hell in this “most secular, insane world” we are living in! “Nobody Cares” mentality is prevalent throughout and people are bonkers; don’t you see what an evil man Fauci is or Joe Biden who held hands with Xi Jinping for years along with the CCP?  Xi and his henchmen as of 2014 alone, as numbers go, had exterminated 1.2 million Tibetans!

I’m sick and tired of all the idiocy of people on the internet flapping away all day talking shit.  Most of what goes on here it seems is becoming a waste of time; and just a delay to the CERTAIN “coup d’ grace” that is coming, when we are all going to be in a “world of shit” with no hope whatsoever, because everyone was too busy wasting time on the internet talking shit! Think about it, what the hell good is any of this bantering doing, while the “masters of the world” along with their real “King Satan;” don’t tell me money doesn’t rule in this sellouts mess, man; who pulls all of the punches, along with a Pope and President that are tapped into Satan; what is any of it going to do in this Helter-Skelter scenario. We’re all being corralled and prodded like dumb cattle to the slaughter house!

I can’t believe after all that has transpired over the last year and half that most people on this net are still more concerned with likes and being in a clique or having massive followings and generating some cash on this Word Press or having their egos stroked, and think they have so many friends; this is not friends its make believe, maybe a step above getting drunk and talking to the pink elephants!  Is all so vain and stupid, and I say this; as great Thomas Jefferson said, “The government you elect is the government you deserve,” and so people are going to get what they deserve, and not too far down the road, you all will remember you had a chance to fight back and may still want to; but it will be “too little too damn late!”

Here in America they made a giant fiasco out of one criminal Floyd being killed during an arrest and the crooked government along with the MSM used it as a tool to shape the populace moving it closer toward the ultimate goal of total control; deception and deflection. Do we see riots and a global outcry over all the millions who have been put to death because of a “rigged virus emergency” that was engineered in China and intentionally released, then propelled throughout the planet as “an instrument of manipulation” to make people take a jab!  It’s all a plan and not earthly or human.  Floyd got a Monument and global MSM coverage, one black man criminal’s death; yet millions of innocent people have been basically murdered or exterminated intentionally with multitudes more to come and I don’t hear a whisper, certainly no RIOTS or any societal tears being shed for them!  This society is ruled by evil; because look at all the murders that occurred due to the LIE of Covid and Fauci, a giant criminal with many others get celebrated and receiving awards when they had a direct hand in the death of millions of people around the globe for lying and using Covid as a NWO instrument of control.

People are nuts and “out of control” on this planet; with total mayhem and hell to follow!  Let’s cut the crap with all the convention and BS; it’s time to wake-up and realize we’ve all been had, punked or whatever; and they won’t stop now!  We are in a SICK EVIL world!  Question is how long will this last till something really drastic happens like maybe a real biological war ensues, or they let loose nukes!  Remember Satan is behind all of this, and anything God will allow is coming!

Push came to shove; now it’s time to grow a pair; shit or get off the pot!

If I sound harsh and anyone can’t handle it, then oh fiddle sticks!

“Do You Support the Pope or the Devil?”

7 thoughts on ““Modernism, Paganism and Freemasonry are within the very sanctuary of the Church, and Communism in the world at large””